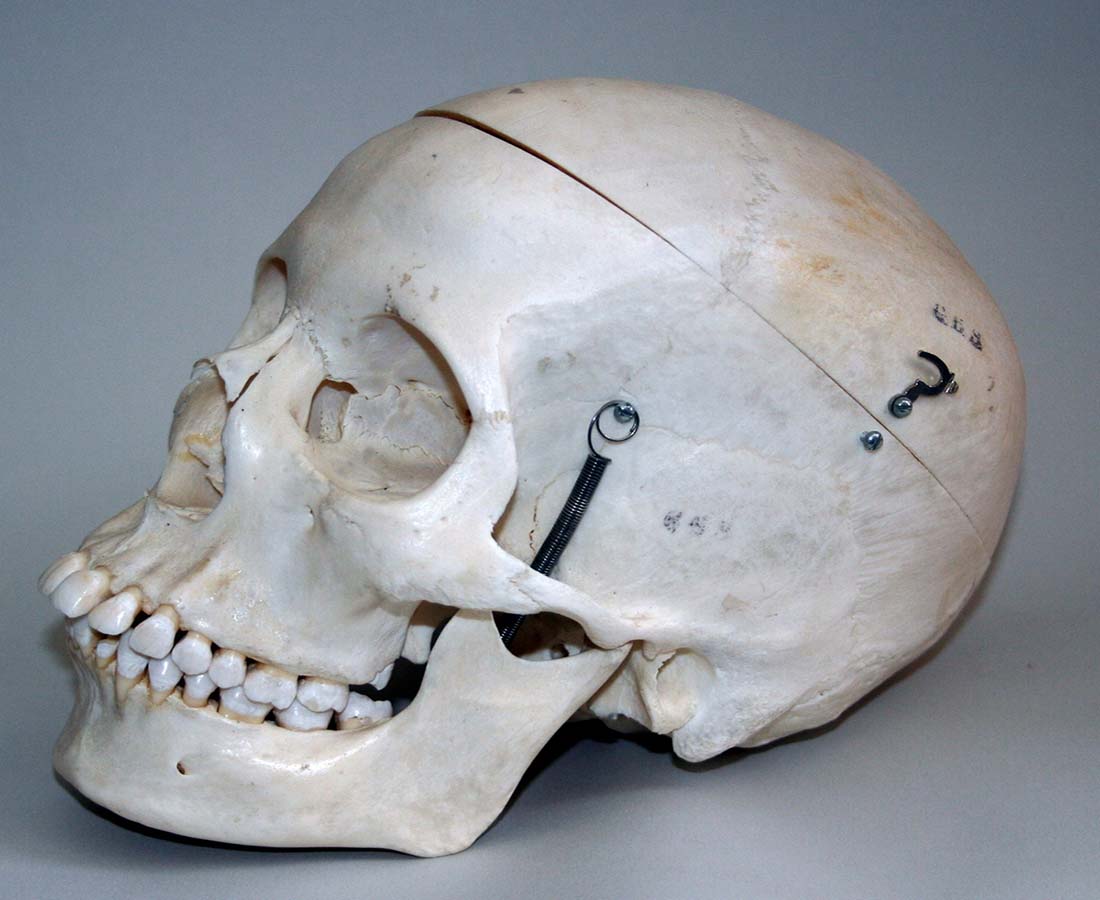 How strong exactly is your skull, what is the pressure limit it can withstand, how difficult would it be to pierce or crack it, is it possible for the skull of one man to crush that of another, could you crush the skull of one man using your hands, and if this is possible, how strong do you have to be to do this? The truth is that there are dozens of questions that are bound to arise about the overall strength of the human skull. We will attempt to show you how much pressure to break a skull in this article.

How much pressure to break a skull?

You will need about 1,100 pounds of pressure force to be able to fracture the skull of a human being especially at its weakest points, which are usually located around the temples. Because your skull is quite resistant to external forces, it is more likely that a person would instead be affected by strong forces emanating from intracranial pressure forces. It should, however, be noted that the skulls of males are more compact than that of females and usually come with about 10% greater cranial capacity.

What Is A Skull Fracture?

A skull fracture is simply a break that exists within the skull or cranial bone.  There are diverse kinds of skull related fractures; however, there is only one major origin of this condition which is an impact or blow to your head which should be strong enough to get the bone broken. Another thing is that a brain injury may also accompany such a fracture even though not all the time.

It should be noted that a fracture is not always that easy to detect.  There are however certain signs and symptoms that may indicate this condition and they include:

The treatment of this condition is largely dependent upon how severe the condition is.  For mild fractures, pain medication may well be the treatment required, however, for serious conditions; neurosurgery may be the way to go.

What Are The Types Of Skull Fractures? 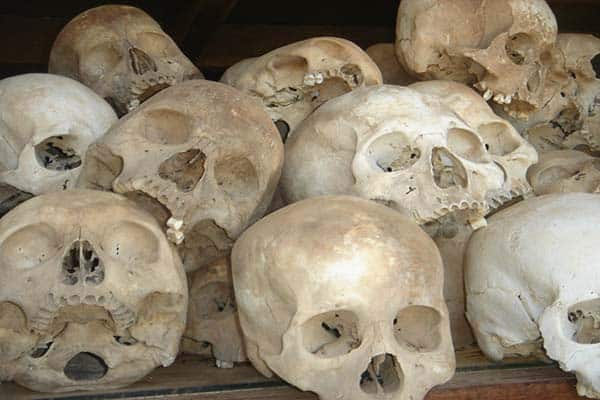 It is important to note that the type of fracture a skull suffers is largely dependent on the applied force; the object shape that made an impact with the head as well as the location that was hit. A sharp or pointed object should easily penetrate the skull than a blunt, hard surface such as the earth. Furthermore, you should know that different fracture types often cause different injury and trauma levels. Here is a breakdown of the types of fracture:

This fracture also referred to as a compound fracture takes place in a situation where the skin covering the skull gets broken and the bone becomes visible.

In the case of a closed fracture, the skin that covers the broken area does not appear to be cut or broken.

This type of fracture refers to the type which causes the skull to extend into the cavity of the brain.

This type of fracture usually takes place within the base of the skull which is the areas around the ears, eyes, top of the neck, close to the spine and the nose.

Added to the aforementioned types of fractures, it should be noted that fractures may also be classified in the following manner:

What May Cause A Skull To Break?

A fracture to the skull may happen when a certain force that is strong enough to shatter the human bone comes in contact with the skull. The fact is that just about any type of contact can damage the human skull.  This type of contact includes being hit on the floor, or a car accident injury.

What Are The Symptoms Of A Fracture To The Skull?

In certain cases like in a depressed or open fracture, it may be quite easy to see that the skull has been broken. However, some of the time, such a fracture may not be visible.

Some serious signs of a fracture include the following:

There are however some less severe symptoms such as the following:

How Can Fractures To The Skull Be Diagnosed

A simple physical examination by a doctor should be able to be enough to diagnose a case of fracture. It is, however, important to know the nature and extent of such a fracture. This is one thing that would require a more specific diagnostic tool.

Doctors are usually equipped with a wide range of image testing tools to get a clearer image of the type of fracture you may have and what the extent maybe. MRIs, X-Rays, and CTs are some of the methods used for the imaging of the body and can go a long way in assisting your doctor to diagnose the skull fractures.

What an X-Ray does is to make available a picture of the bone. Also, an MRI captures the image of both the soft tissue and the bone. This then permits the doctor to see both the brain and the skull fracture.

The more frequently used tool is a CAT scan or a CT.  The unique thing about this test is that it usually makes available the clearest picture of any such fracture or damage done to the brain owing to its 3-D imagery.

How Can A Skull Fracture Be Treated? 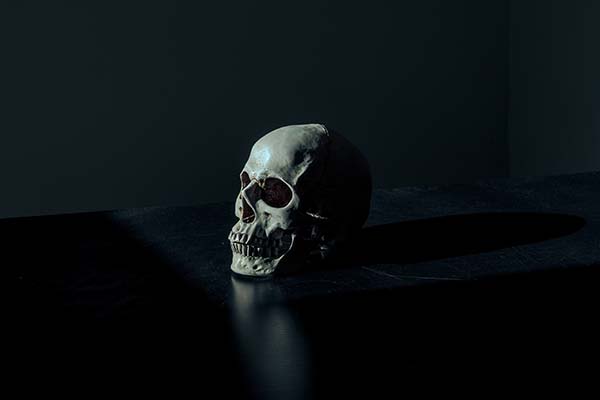 Firstly, you must know that a skull fracture does not mean the end of the world for you. However, you must also understand that they are not managed in the same way and manner as other bone-related issues.

This simply means that the treatment of this condition will be largely dependent on several factors. First and foremost, your doctor will factor in your health, age, and medical history. Also, things like the nature of the fracture, the severity of the same and possible brain injuries will be factored in.

It is vital to note that most brain fractures are not all that painful and the skull usually heals on its own in most cases. However, in some cases such as the case of basal skull fractures, pain management medication may be what is required. Even though narcotics may be required, most of the time, a simple over the counter medication should suffice.

What Is The Overall Outlook For Skull Fractures?

In summary, the majority of skull fractures tend to heal on their own and usually do not require any form of surgery so long as there are no known injuries to organs and structures such as the brain. They usually heal with time, most times within two months.

There are however situations like the one described above, there are certain features associated with fractures itself that may need surgery to ensure that they are healed.

How Can One Prevent The Skull From Breaking?

Your skull is very important and should be treated as such.  For you to prevent a situation where your skull becomes a victim of circumstances, ensure that you take certain necessary precautions such as wearing a helmet when riding a bike, protective gear when engaging in certain sports such as rock climbing.

Can A Human Skull Be Replaced?

As funny as this question may be, it is one that certainly resonates in the mind of not just a few men. The truth is that there is currently no skull transplant procedure, but who knows; science keeps evolving, so maybe we may see something of that nature soon.

Can A Bullet Crush The Skull?

The obvious answer to this is a big yes! The reason for this is that a bullet moves at a velocity that is quicker than the speed of sound and is usually released with such a force that whatever object it comes in contact with is usually destroyed.

By now you should know how much pressure to break a skull. However, we do hope that we have been able to answer other related questions in this regard. Your skull is very important to you which is why you must take great care of it at all times.

Can You Eat Meat On A Holy Thursday?

DEX Aggregator: 1inch Making Its Way To The Crypto World