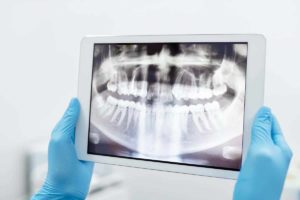 Radiation is a word that immediately shouts danger. We associate radiation with nuclear weapons with the Chernobyl tragedy, neither of which are positive. However, we are exposed to radiation every day. It’s all around us and emitted by many items we use daily. It’s also around us in nature, and we cannot get away from radiation.

So, what is radiation, and is it always harmful? In the article that follows, we will look at radiation as a whole and discuss examples of safe radiation and harmful radiation. But before we do, we need to get a touch scientific and explain the electromagnetic spectrum, which is the source of radiation in many forms.

The common electromagnetic spectrum definition (also known as the EM spectrum) includes the entire array of electromagnetic radiation from the lowest wavelength and frequency to the highest. Let’s see if we can explain this in simple terms.

Radiation of all forms moves in waves, hence ‘wavelength.’ Different forms of radiation have a different length of wave. They also have a different frequency: the number of waves that pass by in a certain timespan. So, let’s list the various types of radiation waves that are n the EM spectrum, starting with the shortest wavelength (which corresponds to the highest frequency). These are:

Now, we believe you will have heard of most if not all of the above. Gamma rays you might associate with the realms of science-fiction and many a superhero tale. X-rays you may have been exposed to for medical reasons. Ultraviolet (UV) radiation includes the rays from the sun. Visible light surrounds everything we can see, and infrared is used in a variety of possible scenarios.

Radio waves are all around us, all the time, and are used for radio and TV transmissions, for our Wi-Fi and mobile phones, and radiofrequency devices also include the tiny chip in your debit card that verifies it when you swipe to make a purchase.

The above are the main groups, and there are a number of sub-groups on the EM spectrum. For example, television waves occupy a different frequency – a slightly higher one – than radio waves. In between TV and Infra-red we also have a couple of subsets in the form of radar waves – as used by the military and civil air traffic control, for example – and microwaves, which you will be familiar with from your kitchen appliance of the same name.

Let’s now move on to the relative danger of radiation across the EM spectrum.

Visible light covers a frequency range of between 400 and 790THz (terahertz, a measurement equating to one trillion cycles – or waves passing a point – in one second.) this is the frequency at which the human eye responds to light. We can safely say that radiation within these limits is safe.

Let’s look at the two sectors of the EM spectrum on either side of visible light. UV radiation has a frequency between 800THz and 30,000THz. UV radiation is emitted by the sun and by light itself. Scientists have determined that there is a short wavelength within these frequencies emitted by the sun that could destroy all life on earth. However, these frequencies are blocked by the earth’s atmosphere.

This does not mean UV radiation is entirely safe. UV ionizes atoms. This separates the electron from the atom, which is the basis of a chemical reaction. This is why UV light can be harmful. We know to use sunscreen when exposed to the sun’s rays as the UV radiation, even in quite small amounts, can cause damage to the skin – witness the effect known as sunburn – and even lead to skin cancer. Hence this form of radiation can, in excess, be considered dangerous and harmful.

Everything emits infrared (IR) radiation, including the sun. Occupying a small sector of the EM spectrum between 300GHz and 400Thz, infrared is what you are being subjected to when you feel the heat. The sun emits infrared radiation, as does fire.

It follows that while mild exposure to IR is harmless, excess exposure may not be. However, it is notable that IR is increasingly used in non-invasive treatments for a variety of ailments. This is in a controlled environment.

Let’s finish with a quick look at the remaining sectors of the EM spectrum.

Gamma Rays are the highest frequency and, therefore, lowest wavelength forms of radiation on the spectrum. Gamma rays ionize atoms more powerfully than UV. Exposure to gamma rays above the natural background level is extremely dangerous. Fortunately, they are not commonly found in quantities great enough to cause such damage.

X-Rays are familiar to most as they produce internal images of the body for medical purposes. You may notice that the medical professional performing the procedure does so from a protected console. This is because X-rays are ionizing, and as such, exposure to them must be limited.

Microwaves sit on the other side of visible light to the two above and are familiar with radiation that cooks food quickly. In that controlled environment, microwaves are safe, but excessive exposure of a body to microwaves would cause burning and damage.

The remaining sector contains radio waves, which are all around us as they transmit everything we listen to, watch on TV, and the data we use in our computers. Are they entirely safe? There is some ongoing discussion, and it is recommended, for example, not to hold a mobile phone close to the head for excessive lengths of time. Still, fundamentally radio waves are the safest form of radiation on the EM spectrum.

How To Clean Mildew Off Outdoor Cushions

5 Great Ways For Seniors To Save Money