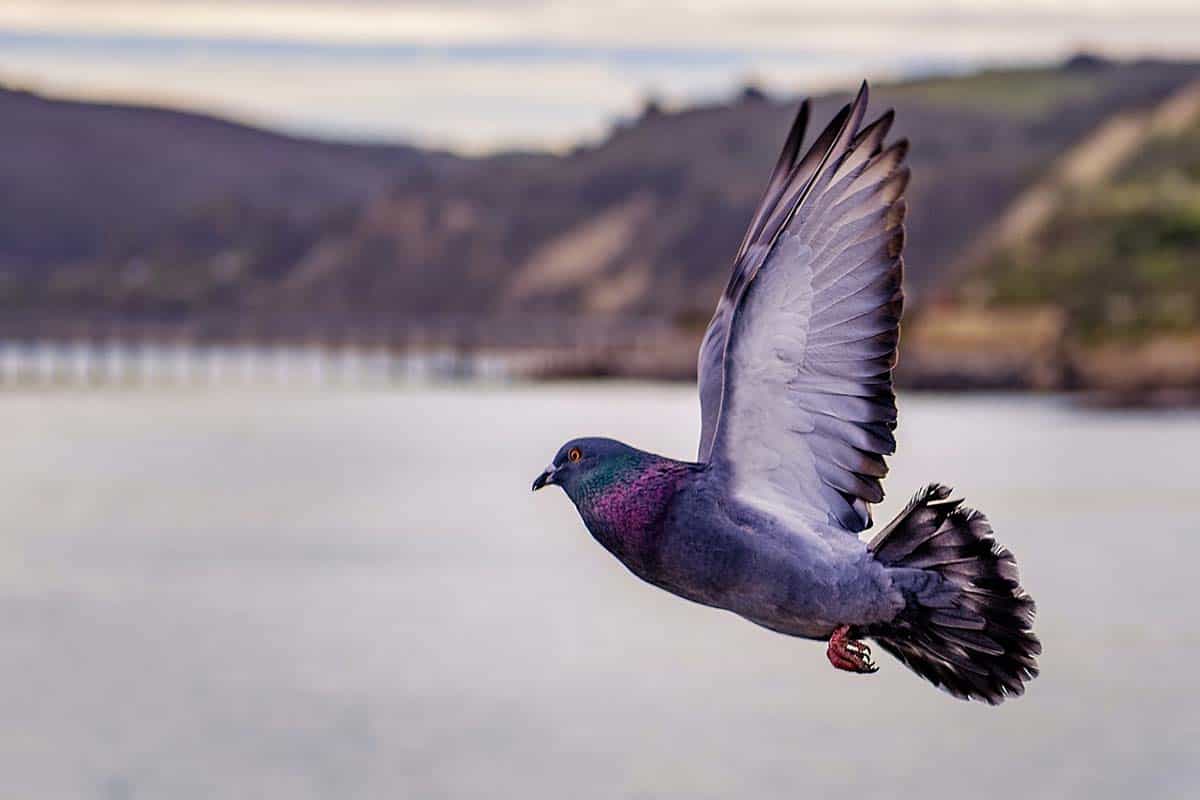 Pigeons are incredibly friendly, beautiful, and intelligent birds mainly found in flocks. Pigeons now can be found around the different cities of the world. They may look harmless, but it can cause millions of dollars of damage to the country by destroying the houses, crops, ventilation systems, machinery, buildings, roofs, and much more. Their population is rapidly increasing because they can breed at six months of age. They feed during the day and roost at night by laying two eggs and incubating them for 16 to18 days, and the young chicks feed on pigeon “milk” from their parents for some time. After some weeks, they leave their nest to become independent and start to reproduce again, which causes their population to increase every day dramatically.

They mostly depend on the supply of food and can reproduce up to six times a year, which is the main reason for their increasing population size. Unnecessarily high feeding can potentially harm pigeons, as it can cause overpopulation at feed sites and facilitate the transmission of infections among other birds.

Why Is Pigeon Control Program Important?

Transmission of different diseases through dropping

Pigeons and their droppings are associated with severe health problems and cause different diseases in humans, which can become very dangerous if not immediately treated. The four most prevalent ways in which pigeon diseases transfer diseases to humans are inhalation of fecal dust, food and water polluted with pigeon dropping, direct contact with dropping, and parasite transmission. More than forty viruses and sixty bacteria are present in pigeons and their droppings. There are various fungi and ectoparasites found in their droppings. In humans, diseases like salmonella, Newcastle disease, and toxoplasmosis may occur due to exposure to pigeon droppings. Furthermore, cryptococcosis and coccidioidomycosis that cause meningitis are also present in pigeon dropping. The dropping may also contain fungus, which can cause histoplasmosis.

Pigeon droppings are unhygienic, and their acid also corrodes stone walls and destroys crops and buildings. They are dropping all the time and creating a mess wherever they nest. This consistency will not only make the atmosphere unsightly but also create a dangerous chance of people slipping.

Blockage of guttering and drains

Guttering and drains may also be blocked by droppings, nesting material, and dead pigeons, causing water infection. Moreover, dead pigeons in open water tanks can contaminate the supply of water. Many problems appear when people overfeed pigeons, which can attract a lot of other pigeons. Also, many pigeons are destroyed every year by individuals looking to reduce their numbers. Individuals ensure that the number of pigeons they attract does not create complications that may cause the neighbor to kill them.

Many pigeon species make an irritable and constant interruptions noise, mainly when they are in large flocks. For those individuals in offices or residential homes where silence is required, such noise may be discomfort and disturbing. It even makes noises for many hours, either alone or in huge numbers. These sounds can be irritating when you are trying to sleep. They may also be financially unfavorable, such as when buyers decide that they don’t want to go to that shop again because of the pigeon irritating noise problem.

Pigeons are generally peaceful and tolerant towards humans but attacking people during the breeding period is not unusual. They are very defensive, and they will target anyone they see as a danger to their young.

Industries that store grain and flour in the barn can lose a significant amount of food due to pigeons. Pigeons can make excess entry to grain silos and shops via doors and broken roofs at ventilation points. Pecking lets them reach the food, while droppings may contaminate the packaging, even packaged items.

Large amounts of pigeon dropping and the appearance of pigeons on the shop could prevent customers from entering such shops. Dropping is also discouraging for those customers whose vehicles get contaminated with pigeon droppings, and therefore they decide not to return to such sites for shopping.

Spreading of insects and parasites

Pigeons may carry different flies, bed bugs, lice, and mites, which can infiltrate their nests and scatter around the building, which causes various parasitic infections to humans.

Pigeons are a significant threat to aircraft

If pigeons are present near airports, they may interfere with the proper landing and take-off of the airplane. A pigeon or a flock of pigeons may arise unexpectedly from a runway or nearby areas that collide with an arriving or departing plane and cause the aircraft to crash, resulting in the loss of hundreds of human lives.

Which Router Is Best For Wide Range Wi-fi Signals?

Top Strategies For Staying Happy And Healthy In College