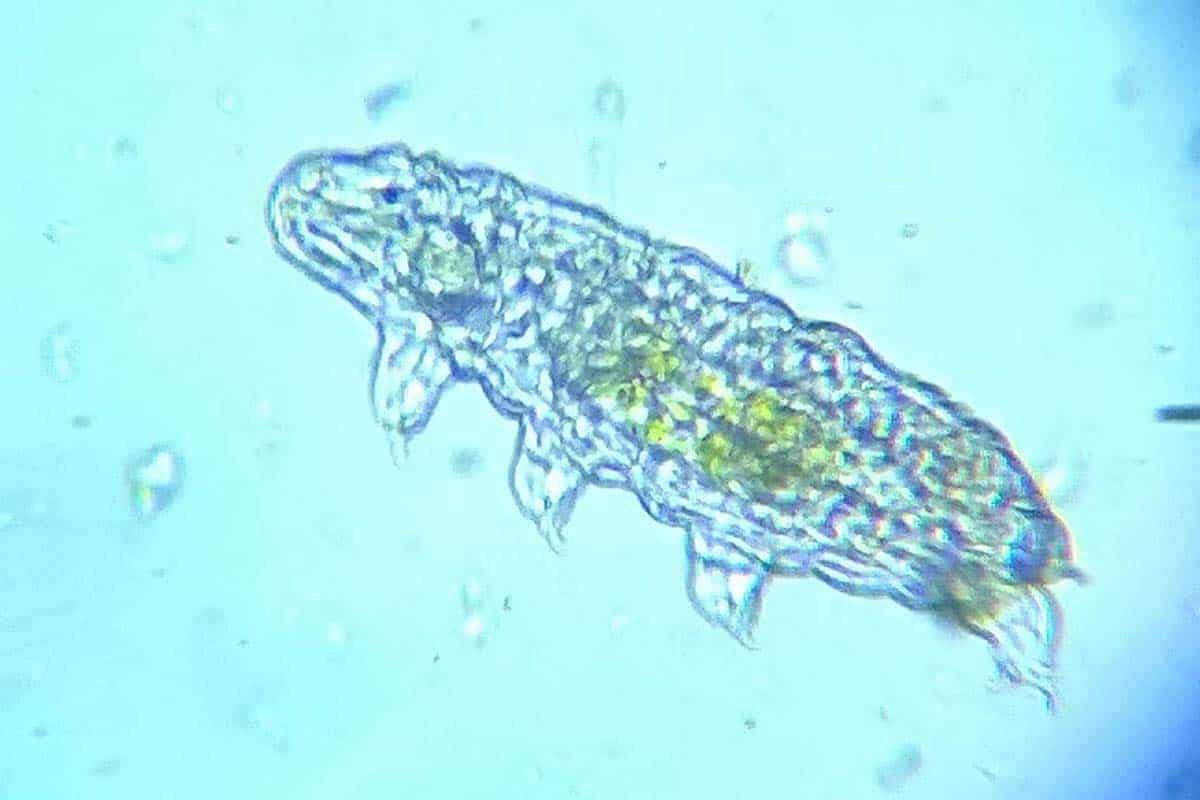 Tardigrades hold the unique reputation of being the king of survival as far as nature is concerned. There are however a few questions that may arise as regards these unique creatures. One such question is are tardigrades dangerous some also want to know how strong Tardigrades are. The good news is that in this article, we will attempt to answer some of your deepest and most pressing questions.

The answer is a big no! As a matter of fact, chances are high that you have probably eaten them before. You can find Tardigrades inside water or ponds. They usually end up within water touches such as cilantro or lettuce which you usually wash so as to remove the dirt. However, unlike pesticides and dirt, tardigrades are microorganisms that cannot be easily washed off.

It is, however, imperative to note that Tardigrades are not strong enough to survive the process of digestion and as such are not really harmful. By now you should know that there are millions of microorganisms out there with most of them harmless on a general note.

Basically, a Tardigrade is a microorganism that dwells in water and belongs to the family of phylum Tardigrada.  Generally, the nomenclature, the tardigrade is used to identify creatures that belong to that phylum. It should be noted that physiological and morphological diversity which exists within Tardigrades is not as wide as what is obtainable in another phylum.

What Happens If A Human Being Eats A Tardigrade?

If a human eats or gets a Tardigrade into their bloodstream there are few things that may occur. First, it should be noted that this creature is usually able to survive inside a vacuum, radiation, stay without water for at least a decade, and survive extreme temperature and pressure. However, as all these unique strengths may appear, it does not have the strength to withstand the human immune system.

If however, they managed to survive your stomach acid for some time, they may reside in your intestine for some time. However, even if they are able to survive for a while, it won’t be for too long as they will eventually be expelled. It should, however, be noted that since they are not an infection, they will certainly not hurt you. Also, if peradventure they get into your bloodstream, they will not hurt you as viruses may by multiplying. This is one major reason why it would be easy for your immune system to flush them out.

Can Tardigrades Be Categorized As A Form Of Bacteria?

It should be noted that tardigrades are one of the longest surviving microorganisms that exist. They are also a product of one of the initial variations that exist in life evolution on planet earth. Tardigrades came from one of the earliest known eukaryotic cells which implies that their genes are contained within a central nucleus. This singular fact separates them from bacteria which can be termed as being non-eukaryotic.  It should also be noted that Tardigrades are multi-cellular in nature which even makes them more different from bacteria which is unicellular.

What Is The Food Tardigrades Eat?

More often than not, Tardigrades consume fluids which may sound strange to you.  What Tardigrades consume most of the time involves extracting the goop of animal and plant cells. Regardless of the type of cell in question, Tardigrades are designed in such a way as to open membranes and cell walls which then allows it to insert its mouth into the gooey innards while taking in whatever it can access.

The good thing about Tardigrades is that they love bacteria! So you can comfort yourself with the knowledge that they are able to help you reduce the population of those terrible bacteria. In addition to this, there are also Tardigrades that are cannibalistic in nature and they really do not mind devouring their fellow Tardigrades.

What Are The Means Of Reproduction For Tardigrades?

Depending on the environment they find themselves and the species, Tardigrades are usually able to reproduce both sexually and asexually.

In the case of the species that reproduce through sexual means, the females usually lay as much as thirty eggs which will be on its outer skin. Thereafter, a male will come and get it wrapped on the body of the female. Thereafter, both Tardigrades will begin doing things that would stimulate themselves after which the make would ejaculate on the skin of the female which would lead to the fertilization of the eggs.

Can Tardigrades Be Categorized As Aliens?

You certainly won’t be the first person to believe that Tardigrades are aliens.  They are quite rugged even with their small size, they are transparent, and they cannot be easily traced using any known fossil record. Also, they are known to possess some survival mechanisms which if pieced together, have a way of making them look rather out of this world.

The weird thing about them is that there is really no known proto-tardigrade species that can help us understand just how they were able to build up their defensive adaptations over time. These features are not the type that gets preserved like the fossils of dinosaurs. It, therefore, won’t be out of place for a casual observer to view a tardigrade as something that emanated as a readymade alien life form.

Furthermore, the simple reality that Tardigrades have been able to survive some of the most dangerous conditions on earth is enough reason to believe they must be from outer space. Having said all these, it is instructive to note that a number of biologists are of the belief that tardigrades find their origin from somewhere different from the earth. Understanding the life of tardigrades is quite important due to the fact that it helps us understand how alien life is able to survive environments that are not theirs.

It should, however, be noted that even with all their distinct features, they still have more similarities to animal life than they may ever do with an alien life form. Even though they may have veered off from other animal life at some point, however, their unique longevity suffices to explain their biology.

Tardigrades are on record to have survived over 500 million years and five planetary extinctions.

Is It Possible For Tardigrades To Survive Without Water And Food For Years?

Yes, they can! However, they are not just able to survive for years but for several decades. The moment a tardigrade undergoes the loss of about 99% of its total water volume, its rate of metabolism is lowered by almost a hundred percent. What this means is that they become dead basically and remain in such a state with its energy being conserved.

If after many years you drop some water on it, the Tardigrade begins to rehydrate until the point where the cryptobiosis is reversed. It will go on normally while it searches for nutrients to replace the lost energy during the cryptobiosis process.

Where Can Tardigrades Be Located?

Well, we all know some Tardigrades found themselves stuck in the moon after what happened to the Israeli Spacecraft. It, therefore, won’t be of context to say that Tardigrades can be found on the moon.   However, as for their natural habitat, they are usually found within mosses and lichens. They can also be found in seaside, dunes, leaf litter and freshwater sediments where they are quite common.

Are Tardigrades Important To The Environment?

Indeed water bears are of great ecological importance. A number of organisms that dwell within aquatic environments tend to feed on species like algae, nematodes, tardigrades, and collembolans. Also, tardigrades play the role of pioneering species by dwelling with environments that are just evolving. This movement is what attracts other species to come and check out the new environment.

What Is The Size Of A Tardigrade?

In their active state, Tardigrades measure around half a millimeter. However, in their inactive state, they usually measure about half of what they used to measure. Also, they are able to extend their bodies in some situations to as much as a millimeter.

What Is The Mechanism Of Movement For Tardigrades?

Basically, there are two questions in this regard.  The first has to do with how they move within their environment while the second has to do with how they move from one environment to the other. Within their environment, Tardigrades usually move by swimming around with their legs. However, in the case of inter-environmental movements, it is something else. They are usually transported by different factors in this case such as wind, water, and the likes.

Having concluded that Tardigrades are not dangerous, it is imperative to state that they do not look like going away anytime soon after over 500 years. We have been able to ascertain that Tardigrades are indeed unique species that has over time shown what resilience and strength mean. It, therefore, appears we will have a lot more to learn from them with time.

Can You Eat Asian Carp?

Can Therapy Lower My Stress Levels?