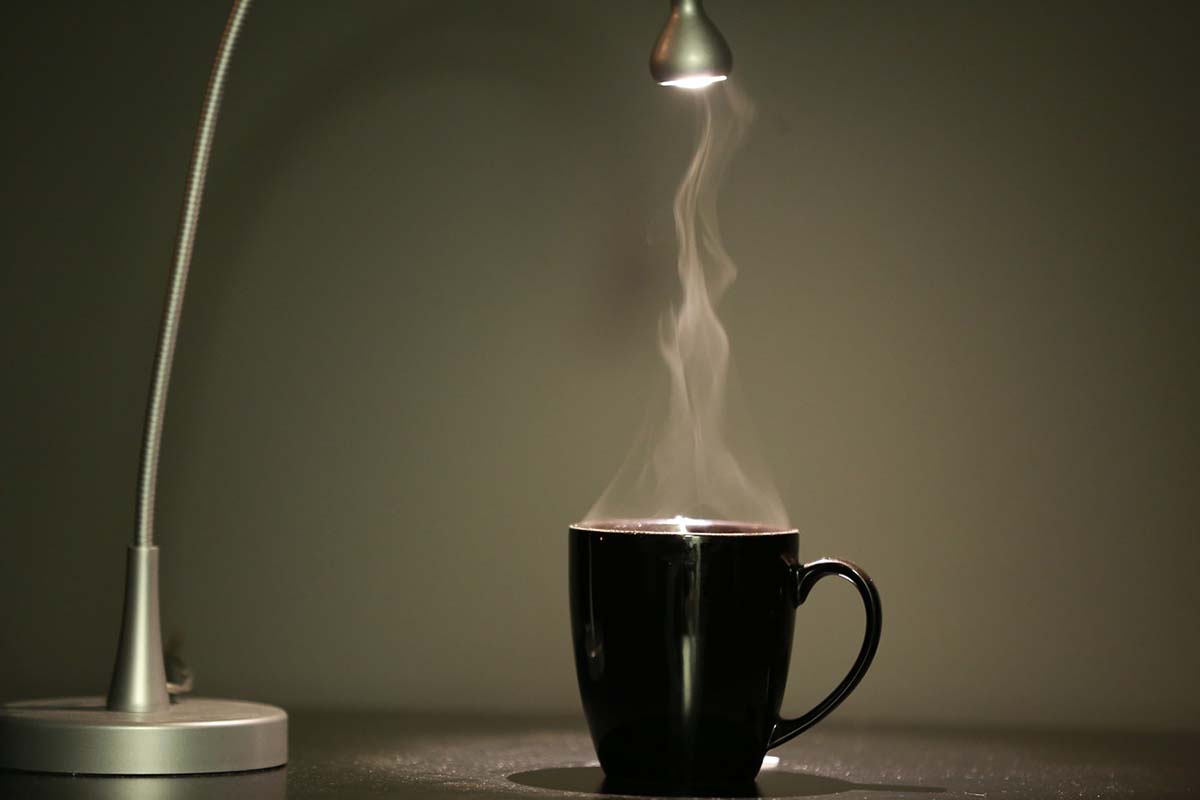 Evaporation and Vaporization are two very important processes in nature. They are the real reasons why you need to water your garden in the summer and also why your tea boils in the pot. Evaporation is a type of vaporization that takes place everywhere.  It is more common than other types of vaporization such as boiling. The big question we will attempt to unravel today is the difference between vaporization and evaporation.

Difference between evaporation and Vaporization

The difference between evaporation and vaporization is quite clear and simple. Evaporation is simply the change of state of a substance from liquid to gas due to an increase in pressure or temperature. Vaporization, on the other hand, is the phase change of a liquid to a gas at a point greater than the boiling point of water.

Another unique difference between them both is that evaporation can take place at any point in time because the liquid molecules tend to absorb the energy that evolves from the surrounding and transform to gas, therefore, cooling the area wherein it initially evaporated from. Also, Vaporization is an artificial phenomenon while evaporation is natural. Also, evaporation is spontaneous while vaporization is not.

What Is The Process Behind Evaporation? 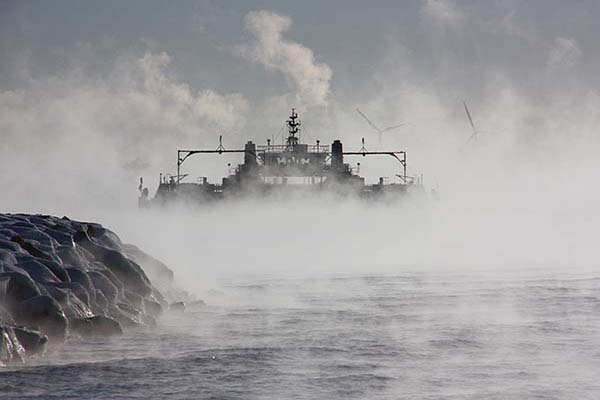 Having a good understanding of the process behind evaporation can go a long way in helping us better understand the concept. Some of the important factors needed for evaporation to occur include closeness to the surface as well as enough kinetic energy. Also, the water molecules need to move in the right direction while also possessing the relevant amount of kinetic energy required to break the intermolecular forces.

However,  if just an insignificant part of these molecules attain this criterion, we will experience a slower rate of evaporation. If however, we have a proportional kinetic energy rate, the evaporation will certainly proceed quicker at a greater temperature.

Furthermore, the quick-moving particles will escape while the particles that are left which have lower kinetic energy would remain with a drop in the liquid temperature as well as an increase in the evaporation rate. The process just explained is best known as evaporative cooling.

The aforementioned situation is perhaps the perfect explanation as to why sweat tends to cool our bodies.  Also, the process involved in evaporation is known to be quite quick when there is a high flow rate between the liquid and gaseous phase as well as n liquids that have a greater vapor pressure.

A typical illustration of this situation is the clothes we dry on a line. More often than not, such clothes will dry quicker on a windy day than they would on a day that isn’t. For evaporation to successfully occur, important components such as heat, air movement, and atmospheric pressure must be in place.

Are There Liquids That Do Not Evaporate Visibly?

Yes, certain liquids don’t visibly evaporate at certain temperatures such as cooking oil in the gas. They usually possess molecules that don’t allow the movement of energy from a point to the other in a certain manner as to afford the molecule enough energy for it to vaporize. These liquids may be vaporizing, but the process is usually quite slow and as such becomes less visible.

What Happens When Evaporation Occurs Within An Enclosed Area?

In a situation where evaporation occurs within an enclosure, the molecules escaping would accumulate in form of vapor above it. Reasonable portions of such molecules would return into the initial liquid state. This because of the increase in the rate at which the molecules return which results from the increase in vapor and pressure.

In a situation where the escape and return process attains an equilibrium, such a vapor is best described as saturated and experiences no variation in density, pressure or temperature.  It should be noted that the rate of evaporation within an open setup is proportional to the pressure within such a system. If you heat a liquid, the moment the vapor pressure attains ambient pressure, such a liquid will boil.

Perfect Instances Of Evaporation The Process

To better appreciate the process, it pertinent for you to know some real-life situations where the process occurs. Here we give you a breakdown of some of such processes:

What Does The Heat Of Vaporization Mean? 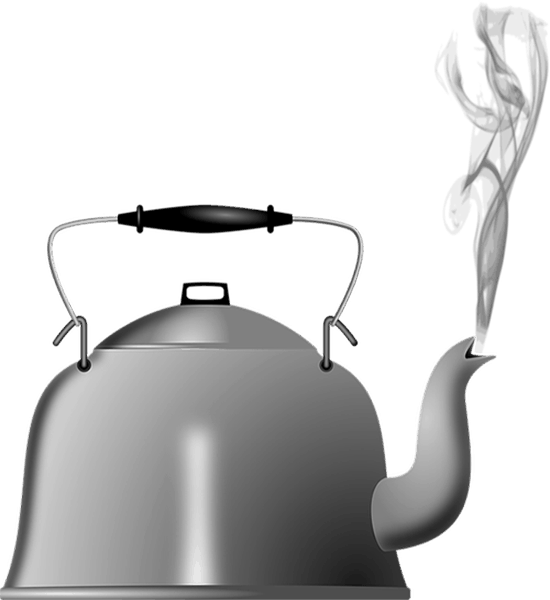 Also referred to as the enthalpy of vaporization, the heat of vaporization can best be described as the heat energy needed to change the state of a substance from liquid to vapor or gas. The unit of measurement is Joules per Mole.

The heat of vaporization is known to always come with a positive value as a result of the fact that enthalpy is usually included in a system so that it can lead to the vaporization of such a liquid. The moment the molecules of the particle begin to gather momentum, the tendency of them separating becomes greater.

The internal energy increase needed can be described as best as the energy that is needed to break internal forces within the liquid. It, therefore, suffices to say that the weaker the existing bonds between the said atoms, the lower the required energy to break such bonds.

Furthermore, it is important to point out that the energy required for such a process is predicated upon the pressure such a change will occur. The warmer such a liquid is, the lower the energy required. Also, at increased pressures, there is a need for more energy.  In addition to this, in a solution that contains both gas and liquid, the kinetic energy of the vapor is usually quite higher than what is obtainable with the liquid because vapor particles tend to flow with greater ease.

What Is The Heat Of Vaporization Of Water?

Water is known to possess a high specific heat. The measurement in question simply illustrates the energy required to change the temperature of water by one degree Celsius. Due to this fact, water possesses a greater heat of vaporization. Water usually requires about 40,000 joules for each mole to escape by vaporization.

What Is The Major Difference In The Heat Of Vaporization?

The interactions that occur between the molecules of a certain solution are the major influences over the heat of vaporization. Molecules within a liquid usually interact with each other constantly. Some of them are known to create hydrogen bonds while others form like bonds.

Such bonds created usually posses energy and are known to hold down the liquid to remain in its liquid state. What the heat of vaporization simply explains is the amount of energy required to break such bonds.

Water, for instance, is known to possess a higher heat of vaporization because hydrogen bonds are easily formed between oxygen and hydrogen. Therefore, if you want the water to evaporate, you must be ready to increase the available temperature to make the molecules within move quicker.

On a final note, it should interest you to note that metals possess a heat of vaporization that can best be described as higher. Having said this, we do hope we have been able to answer your question as regards the difference between evaporation and vaporization. Though they seem quite similar on several bases, however, they do have certain distinct features that set them apart.

Does CBD Show Up On A Drug Test? The Complete Guide

Common Mistakes That Can Negatively Impact Your Credit Score

8 Ways How The Right Domain Name Describes Your Brand

Is Caribbean A Good Choice For Md After Your MBBS