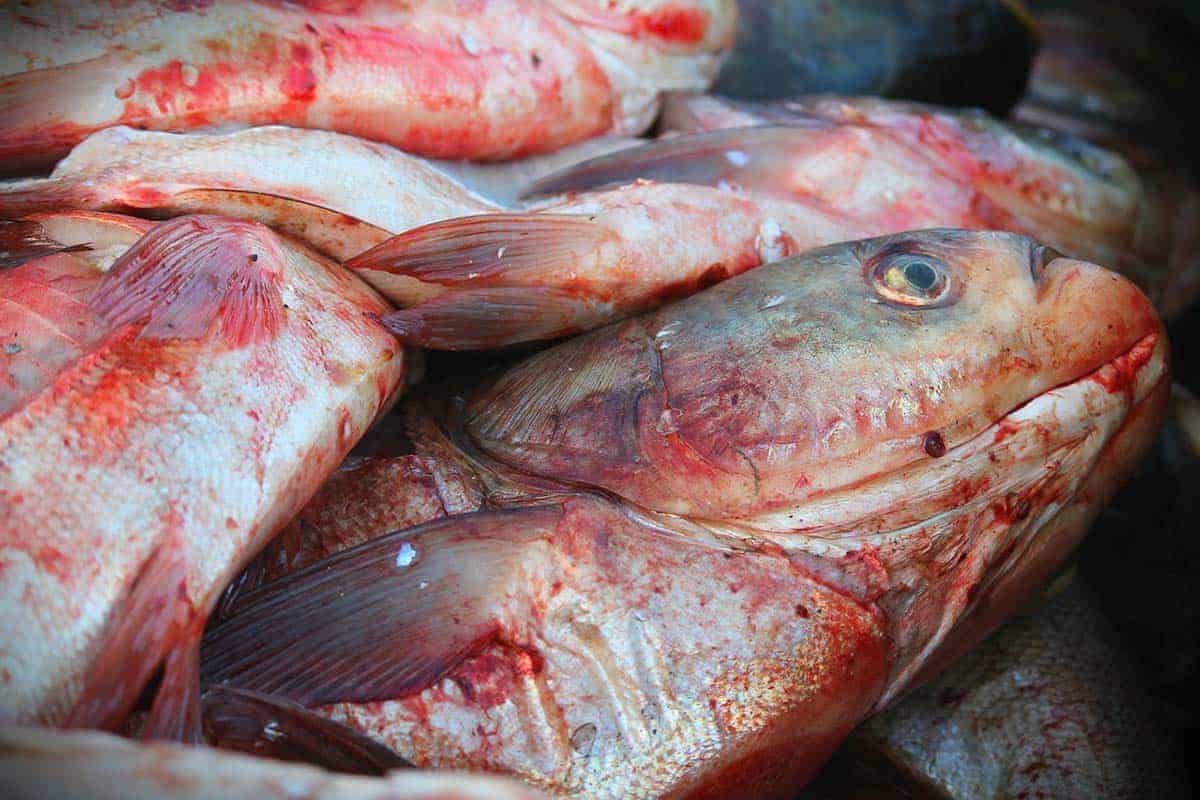 I get challenged when I hear people ask questions like, “Can you eat Asian carp?” This carp is the most hated fish in the Mississippi but a delicacy in some parts of the world. And millions of dollars have been spent to eradicate this species of fish, which makes the issue more traumatizing.

Now back to the question, can you consume Asian carp?

Well, I will say yes! Many who have tasted the fish says it feels like tilapia or cod. The reason for the bad image the Asian carp has is its name. People often confuse it with the common carp, a bottom feeder whose flavor is best described as “muddy.” Asian carp is clean and consumes algae and plankton. It has high protein and low mercury because it does not consume other fishes.

So, you can see why you should eat the Asian carp, instead of treating it as crappy food. Read to get more information about this species of fish.

Asian Carp: What Is It?

They are called “rough fish!” Some people who have felt that this fish species deserves more than it is getting calls them “silverfish.” Their reason for giving it such a cute name is to erase the negative image.

But it seems it is too late because the hate for the Asian carp has grown so big that people do not have regard for the fish. Asian carps are accused of ruining the ecosystem. And wherever they appear, the native fishes pay a hefty price.

So, the Asian carp is seen and treated like an enemy captured during the war. Children play with them like toys and mutilate their bodies. They also leave them behind at the river banks to decay.

Bowhunters are also not left out in the abuse of Asian carp. They use the fish for their target practice at will.

Now I ask a simple question; are we doing the right thing by treating the Asian carp, a fish with high nutritional value, this way? Let’s not forget it’s a fish prized by Russian, as well as British anglers.

And for the records, carp stands as the most widely consumed fish across the globe. It is famous in Asian, European, and even the Southern United States cuisines. But down here, the Northerners treat it differently.

There is no regard for the fish that people in other places are going crazy over.

Or, is it that we have no regard for fishes that have mustaches, or is the Asian carp too common?

How Do Asian Carp Look?

Like I said early, the popular name of this fish is the rough fish. And that name was given not because the fish acts rough. Not at all! It is merely because of the rough skin it has, which are just scales.

The Asian carp also have big lips, and its meat has bones. And the bigger it gets, the bigger its bones will be. And as a consequence, those who consume it are always careful about the bones. They have to be taken off to prevent them from getting stuck in the throat of consumers.

You can also find silver, grass, and black carp. These are varied species of carp. And just so you know, this carp did not originate from North America rivers. They never did. They were brought in by a famous businessman. From there, they started increasing in number.

Asian carp and I mean all type, usually have a firmer mild flesh that is white. And besides the intramuscular bone, which you will find in the filets, Asian carp tastes good.

Another idea people have of this fish that I will like to erase is that Asian carp isn’t bottom feeders. And like I said before, it is lower in contaminant, which is a plus.

How The Asian Got To The North American Waters

First, know that Asian carps do not belong to waters in North America. They somehow escaped into the water bodies and started increasing in number. And if there is one thing the Asian carp or carp, in general, is known for, is their fast growth.

Asian carp grows fast. Plus, there are claims that it could wipe out the native species by eating them. But we need in-depth research to be sure of this instead of pointing accusing fingers.

But let me repeat what I have said before. The Asian carp do not consume other fishes. And as a consequence, they do not harbor much mercury in them, something other fishes have in abundance.

Mercury is dangerous and can harm humans. So, if that is the reason you are not consuming this fish, you better have a rethink.

Now Back To How The Asian Carp Invaded The North American Waters.

Poppe, a businessman, shipped approximately 83 live carp to California directly from Germany. And this took place in the year 1227, which is quite a long time ago.

However, only four of the fishes survived the journey. So, Poppe had to nurse and distribute them to various game departments. And in those days, people were seeking more fish to eat. And carp being nutritious, tasty and in abundance, was an ideal option.

The Bureau of Fishes was in full support of the carp farming thing. So they distributed approximately 260,000 carp in 1883 to diverse districts.

Here Is What People Noticed When They Started Raising Carp

Well, the raising of Asian carp for food was a good one. The aim was to provide enough fish for people to eat, and the Asian carp met this requirement.

But when they started raising this fish, people began noticing something strange. Wild rice and celery started diminishing. And this took place in Lake Erie, a lake that is not as deep as other Great Lakes.

It was severe damage to which people started pointing accusing fingers to Naturalized carp.

And for your information, any effort to remove this fish from the U.S waterways will be strenuous. The reason is that the fish has since increased in numbers. And trying to eradicate the Asian carp forcefully will result in water pollution, which other native species might affect other native species.

Why The Asian Carp Is Considered Undesirable

Carp are considered dangerous and undesirable for many reasons. But the most obvious reason is the damage they do to Northern waterways. First, they grow so fast and increase in population quickly.

So, carp can cloud shallow areas and, thus, prevent sunlight. And as a result, they contribute to algae issues. Carp can also uproot vegetation.

Another reason I think people in the North do not desire carp is that they have numerous options to choose from. So, why pay attention to a fish that has too many bones?

The bones make carp undesirable. They can be removed, though, but it is hard. Walleye has a boneless fillet and is much easier to clean compared to carp.

Again, carp tend to have more oil, and this gives it a unique flavor. But this can also spell trouble for the fish. What I mean is that the fish can have an unpleasant taste when it grows in polluted waters because of the oil.

Some Facts About Carps You Should Know

Carp is one of the most challenging fishes to catch. And they are tough. You are going to need some patience and, I mean, lots of it to catch this fish.

Carp are also very resilient. And as such, they can survive in highly polluted waters. But in such cases, the carp will not taste good.

This fish also can get bigger. And I mean, really big. In most cases, they can be more than a yard in length. What they need to grow this big are good feed and enough space.

It is a well-known fact that carp can cause algae issues. But that is in shallow waters. They do not cause any harm in deep water.

There are also rumors that the Asian carp consumes other fishes, including fish eggs, which is not valid. These are just mere speculations to tarnish the reputation of this species of fish.

The silver carp, another variety of the famous Asian carp when disturbed, jumps out of the water. And they can jump as high as 10 feet straight into the air.

They react this way when the water is being disturbed. It could be as a result of passing trains, throwing rocks into the rivers, geese flying away, or when they get stuck in a tight area. Sometimes, when they jump out, they may land in boats unexpectedly.

So, if you ask me, “Can you eat Asian carp?” I will say, yes. I can eat it and have done so. Asian carp taste good, and above all, the fish is safe to consume. It contains low mercury, and it is not a bottom feeder. However, one of the reasons I think the Asian carp could be undesirable is the bones they have. They are also challenging to clean. But apart from that, the fish taste good. And you can eat it. Just give it a go, and you will fall in love.

Dogecoin, A Dark Horse Among Cryptocurrencies?

7 Reasons To Move To The Suburbs This Year