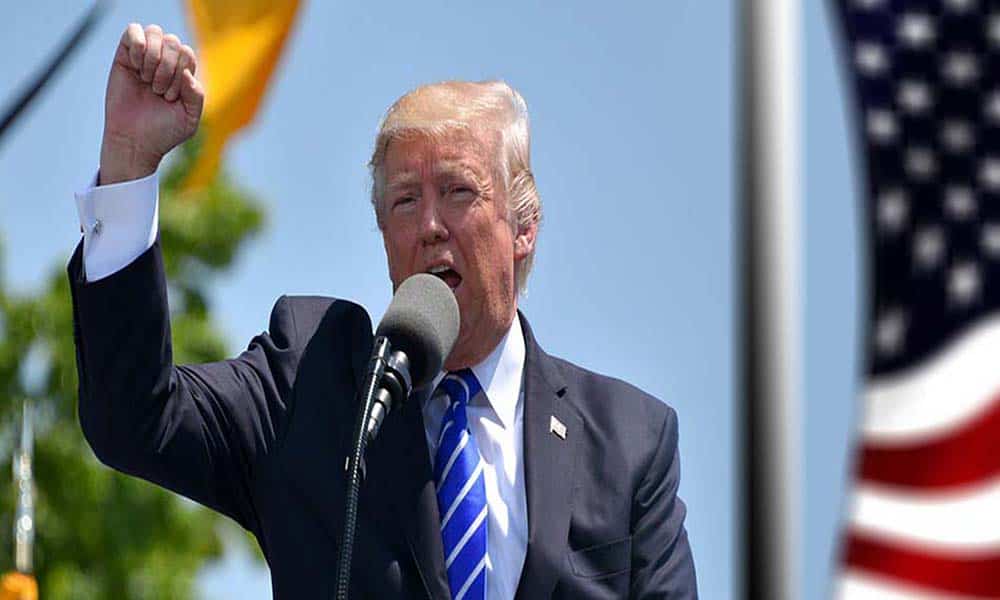 Many of us will do everything possible to ensure that we are not involved in any kind of lawsuit. Apart from the financial costs involved, a lawsuit can also be very draining. Many human beings will do anything within their power to ensure they have no lawsuits. But there is one man who seems to have this interesting affinity for lawsuits. The man is none other than the 45th President of the United States: Donald Trump.

How many lawsuits are against Trump?

The last count was in 2016 by American newspaper USA Daily. There have been 1,450 lawsuits slammed against Trump. This was out of a grand total of 3,500 lawsuits. These were at both the federal and state court levels in the United States. The lawsuits spanned a period of 30 years.

Trump, No Stranger To Controversies

Never in the history of the United States elections has this happened before. To make matters more complicated, the lawsuits were on both sides.

As others were dragging Trump to court, he was also very dragging others to court. Out of the total of 3,500 suits, Trump himself or one of his ventures were plaintiffs in 1,900. His name appeared in almost 170 lawsuits in federal courts alone.

Why So Many Lawsuits?

It is a very complicated scenario. He is a billionaire who craves the limelight. Hence, it is understandable that it is so easy for Trump to be involved in several legal challenges. Many of these lawsuits were about business or financial transactions that went sour. Others had to do with defamation and several allegations of sexual harassment.

Trump as a person is not the only person involved in these lawsuits. His enterprises have also been embroiled in over issues with taxation. He and his businesses have been accused several times of dodging taxes. Even today, the issue of Trump not paying his fair share of taxes remains very controversial. It is a case that will remain that way for as long as possible. As a politician, that is definitely going to be the case.

Some pro-Trump supporters may be alarmed to know of the number of cases before Trump. But those in his circle do not seem to be bothered in the least. Alan Garten is Trump’s attorney and he is not worried. He declared that the lawsuits are normal. Normal for high-profile entrepreneurs like Donald Trump in the United States of America.

He went ahead to add that in a sector like real estate, it is the regular scenario. That the parties involved take the issues before the judges. He is of the opinion that disputes are integral parts of doing business. He said Trump should not be the subject of vilification for the array of lawsuits.

Of course, there are those who disagree with him. Their argument is that Trump is not the only billionaire entrepreneur in the country. And that other entrepreneurs in the same category do not have thousands of lawsuits.

Records in 2016 showed that Trump is well ahead of other real estate tycoons in relation to lawsuits. For many people, the issue is not about the lawsuits but the sheer number of them all. As a result of the massive number of these cases, the critics of Trump have used that as a point of attack against him.

Has Trump Won Or Lost Any Of The Lawsuits At All?

So far, Trump has won around 451 of these lawsuits. He has lost about 40 in all. In about 500 of the lawsuits, judges threw out the cases that the plaintiffs had against Trump.

There is aother very interesting aspect of the issue. It is that Donald Trump insists that he has never settled any of the legal claims. But that is not completely accurate. This is because Trump and his ventures have had no choice but to ensure a settlement for plaintiffs. This is not in one or two cases but 100.

There is another dimension to these cases. This is that an overwhelming proportion of the settled cases have to do with injuries. These injuries were sustained at the properties owned by Trump.

The Most Prominent Lawsuits Against Donald Trump

There are thousands of lawsuits involving Trump. But, there are some of them that stand out. They are as follows:

In 2005, Trump University was launched. Also called the Trump Entrepreneur Initiative LLC or the Trump Wealth Institute, it was based in New York City. That was where its headquarters was located. It was promoted as a profit-based education venture that focused on teaching people the secrets of the real estate industry.

Since Trump himself made much of his fortune from real estate, it was easy to sell the idea to millions of enthusiastic Americans. It was set up Trump and a few of his associates. They did the incorporation of Trump University in 2004. The plan was to have the venture offer courses in wealth creation, asset management, entrepreneurship, and real estate.

Even though it was called a university, Trump University did not have the accreditation to function as a college or university. What it offered people were seminars that lasted for a few days. The institution employed very aggressive strategies to get people to subscribe to the programs. Unlike in a conventional university, there were no degrees or grades given to the students at Trump University.

The real trouble started for Trump University in 2011 when an inquiry from the office of the New York Attorney General focused on it. There were accusations of illegal deals going on at the institution.

Some allegations included claims that Trump University was into illegal business deals. Others pointed to racketeering and even peddling of false claims of success. It was described as a typical scam and nothing more. The issue escalated fast and by 2013, there was already a lawsuit filed. That was not the end.

In quick succession, three federal class lawsuits were slammed against the institution. One was directed at Donald Trump himself. Two of the other lawsuits were directed at Trump, the Trump University and the administrators.

The cases escalated and by 2005, the New York State Department of Education was already involved. They sent a notification to Trump and his associates. The notification stated that by using the term ‘university’, Trump was breaking the law of New York State. The claim was based on the fact that Trump University was in no way a university. It had no accreditation or approval to function as a university.

Trump and his allies were told that calling their institution a university was very misleading. Apart from misleading the people, the use of the term ‘university’ was also in direct contravention of the laws. These were laws that govern the education sector. By the middle of 2010, the name of the institution was changed. The new name given to it was The Trump Entrepreneur Initiative.

The case dragged on until the last quarter of 2016 when a resolution was reached. Trump agreed to issue out the payment of $25 million. The payment was for the settlement of the suit in New York and the two lawsuits at the federal level.

Another very prominent lawsuit involving Trump came up in 2014. That year, his Trump Model Management was dragged to court by Alexia Palmer, a model. She had filed a lawsuit against the entity for allegedly breaching the deal for $75,000 yearly salary.

She said the Trump entity paid her less than $3,500 for the three years of labor. She said the entity owed her well over $200,000. She also said she was made to face some charges and fees on her own. According to her, these were not in the agreed. But, Trump’s lawyer Alan Garten said the case was baseless. The case was quashed at the federal level in March 2016.

This case-scandal remains one of the most prominent ones involving the 45th American actress. An adult film actress named Stormy Daniels had alleged that there was a sexual affair between her and Trump back in 2006. That was around the time he had welcomed a baby with his wife Melania.

Shortly before the commencement of the presidential elections in 2016, the sum of $130,000 was paid to Daniels. The payment was made through Trump’s lawyer Michael Cohen. Trump dismissed the allegations as false.

In 2016, Trump was sued after a sexual assault lawsuit was filed against him. It had to do with child rape which reportedly happened in 1994. The lawsuit was dropped then filed again. But by the last quarter of 2016, the case was already in suspension.

In April 1997, a lady named Jill Harth Houraney slammed a $125 million lawsuit against Trump. The accusation was one of sexual harassment that happened back in 1993. She claimed that Trump touched her private parts and uttered explicit words. She would later withdraw the case.

Which Router Is Best For Wide Range Wi-fi Signals?

A Beginner’s Guide On Trading Cryptocurrencies!

Shall I Sell My iPhone 8 Before Christmas to Generate Maximum Cash?

Benefits Of Using Educational Apps In 2022

Working On The Go: How To Transform A Smartphone Into A Workstation?

The Top 6 Most Promising Cryptocurrencies For 2022