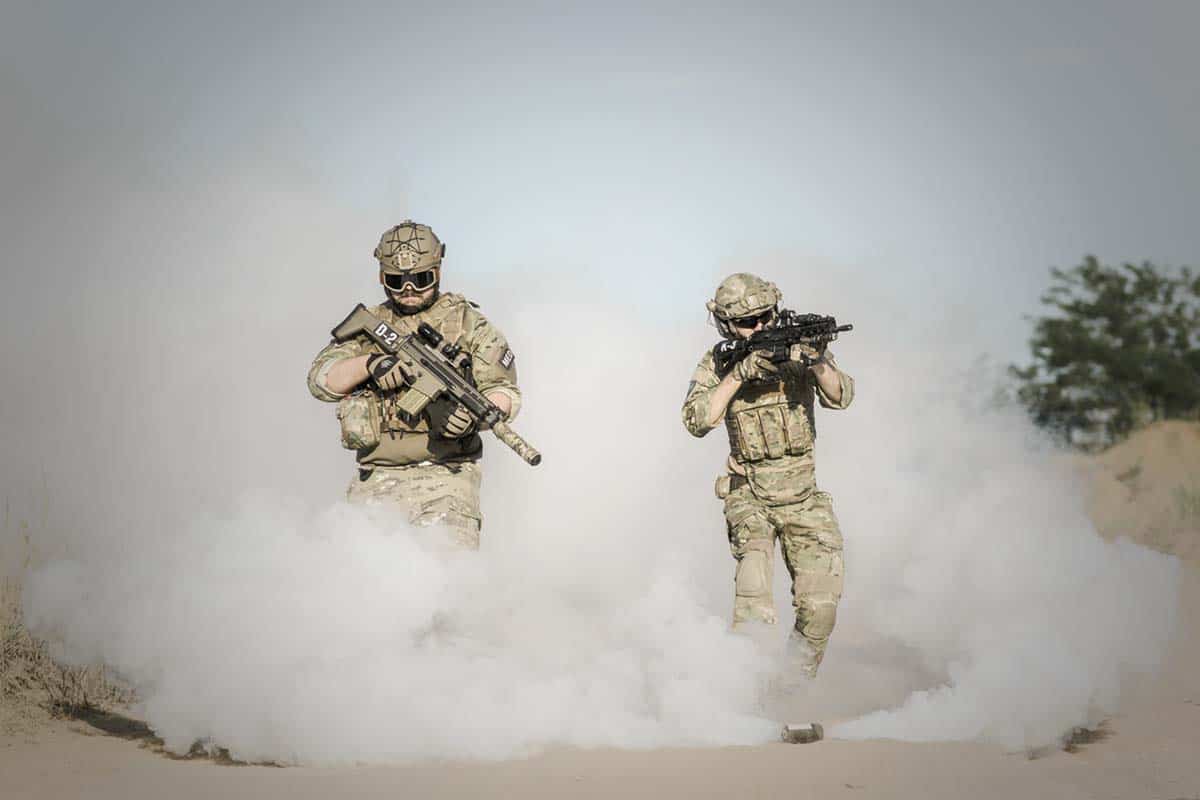 With the Middle East and some African countries experiencing wanton terrorist attacks, the entire world must join forces to combat terrorism.

These terrorist organizations are a threat to world peace. Hundreds of thousands of people have also lost their lives.

The U.S. has also suffered a series of terrorist attacks in the past. Therefore, no nation is safe from terrorism.

Here are tips on how the United States government and citizens can make the country terrorism-free.

1. Create Awareness On The Effects Of Terrorism On The Country

Violent extremists are sweet talkers. They know how to coax people to accept their ideology and do their bidding.

These terrorist organizations are also well-funded. And their paymasters are ready drawn more people in agony. The United States’ involvement in the fight against terrorism across the globe makes them a target.

The September 11 incident is still fresh on everyone’s minds. It’s a day the United States government and citizens will never forget. But now is not the time to dwell on past events and lose focus. If the U.S. wants to prevent such events from happening in the future, all hands should be on deck.

So, how can the government prevent terrorist attacks in the future? One way is by creating awareness. Educate people on the dangers of sponsoring terrorism or getting involved one way or the other.

No country ever profits from terrorism. Look at Iraq, Somalia, Nigeria, Pakistan, India, and others. You will find that the regions facing these terrorist attacks are retrogressing economically. Poverty is also unimaginably high.

So, there should be radical campaigns to educate people about the dangers of terrorism. Make them understand the dangers of making themselves an instrument in the hands of these terrorists. The campaign can be done at the grassroots level, so it reaches everyone.

Communication has massively improved and become more discrete. People can now make encrypted calls. And in such a scenario, it would be challenging to know the caller or receiver’s intent.

Again, let’s not forget that citizens can be radicalized and empowered to do the bidden of these terrorists. The terrorists don’t have to be present in the target country to carry out an attack. They can use anyone who buys their ideology and is willing to make themselves an agent of destruction, all for the sake of money or fame.

But with proper education and enlightenment on the severity of being an agent of terrorism in the United States, no citizen or international visitor would want to get involved in such evil acts.

2. Surveillance On Social Media And Other Online Websites:

The emergence of social media has made doing business, communicating, and knowing things happening in other parts of the world with ease. You don’t need to travel to Iraq or Somalia to learn about the series of terrorist attacks.

But just as there are enormous benefits, social media proves to be the right channel for Jihadists to find, recruit, and radicalize their members.

A large population of people uses social media. And knowing how powerful these platforms are, Jihadists are doing everything within their power to recruit people.

The former Al-Qaeda leader, Anwar Al-Awlaki, was tagged “the internet’s bin laden” because of his aggressive Jihadi activities online.

Before his death, Al-Awlaki tried using YouTube videos, blogs, and Facebook to recruit and charm his Jihadi followers to carry out terrorist attacks in the United States of America.

Faisal Shahzad, the unsuccessful Times Square Bomber and a terrorist, was linked to Al-Awlaki. Both of them were communicating via e-mail.

Al-Awlaki always took to social media to praise acts of violence and terrorism, whether successful or not.

The truth is these violent extremists are recruiting and preparing their members in countries we think are terrorist-free. And they can attack at any given time.

So, now is not the time for the U.S. government and American citizens to rest on their oars. The war against terrorism is real and must be fought strategically and continuously.

To fight against these terrorists online, social media users need to start posting comments that counter these Jihadists’ messages. By so doing, such messages won’t have any adverse effect or radicalize whoever sees it.

Once reported, law enforcement agents should also take drastic measures to take down such content. And as such, there should be collaboration between the government and the various social media operators.

Allowing content from Jihadists to remain on the internet or social media platform longer can radicalize people and lead to domestic terrorism. So, we must act whenever we come across such content.

YouTube, Facebook, and other social platforms are fighting terrorists in their little way. For example, YouTube allows users to flag inappropriate contents, which are later reviewed by in-office staff for further action on the account.

However, due to the COVID-19 pandemic and the need to reduce in-office staffing, YouTube has had to rely on technology to review and remove inappropriate content from the platform.

So, in a nutshell, the government and U.S. citizens must unite to fight terrorism in the land. It’s not a job for the government alone. There should be constant surveillance on all social media platforms. And any violent extremist content online should be taken down with immediate effect.

We come across reports of terrorist attacks from different parts of the world now and then. But the painful part is that most of these attacks would have been repelled or avoided if only the victims were vigilant enough.

Violent extremists are everywhere. They are not perpetrating violent acts in the United States at scale because of their security level.

But even though the United States of America is not fearful but bold and innovative, the government and people should not rest on their oars until the last terrorist on the planet is taken down.

A vigilant public can help make the United States terrorism-free. The Times Square terrorist attack organized by Faisal Shahzad is a clear example of how vigilance can combat terrorism. Law enforcement agents prevented the bombing, thanks to tips received from some vigilante individuals.

So, people should be made to report suspicious activities without hesitation. They shouldn’t play detective but alert law enforcement agents as quickly as possible, before the situation gets out of hand.

If you see strange faces in your area, observe what the person is up to and alert law enforcement agents as quickly as you can.

On the other hand, law enforcement agents should swiftly respond to such reports, so there won’t be any casualty before they arrive at the scene.

4. Tracking The Entry And Exit Of Foreigners:

No one travels to a foreign land without a motive, not to mention a faraway country like the United States of America.

The September 11 terrorist attack should give the U.S. government insight into how it can make the country terrorism-free. The events leading to the attack showed that the government could have prevented the attacks from happening.

How could they have achieved this? It’s by tracking the movements of foreigners in the country. If a foreigner is in the country for business but found doing something else, such an individual should be brought in for questioning.

One of the September 11 hijackers came into the U.S. to study the English language. But the shocking thing is that he never showed up in class any day.

You can see that the attack would have been averted if only the terrorist were tracked.

But the unfortunate thing is there was no system in place that could alert law enforcement of such the student’s absence from school while in the country. Doing so would help them to uncover the terrorist’s plot.

Another shocking thing is that several of the hijackers perpetrated the September 11 attack were in the country with expired visas. So, even if the school didn’t alert law enforcement of one of the terrorist’s absences from class, the expired visa situation would have helped.

So, tracking the entry and exit of any foreign visitor would help make the United States’ fight against terrorism successful. I-94 form tracks entry and exists, but it’s not that effective in tracking potential violent extremists.

Advanced technology can be deployed to help make the process more effective.

5. Encourage Information Sharing And Corporation With Other Countries:

Terrorism is a global issue. It’s not a fight for the United States of America alone. And the more the world recognizes this, the better.

The fight against terrorism is not only biting hard on the U.S. economy. The government’s effort to bring violent extremists to book is limited by the lack of information and corporation from other countries.

So, every country should be made accountable. Countries need to boost internal intelligence, information gathering, and sharing. The U.S. should have easy access to the names of terrorists in various countries.

Placing a terrorist on a wanted list and sharing information with other countries will help prevent such violent extremists from traveling to other countries. It will also help to prevent another terrorist attack and reduce the spread of terrorists to other regions.

Real-time information sharing and access to terrorist-identity-related data would equip the U.S. government with the technique, information, and technology needed to prevent violent extremists from exploiting the country’s travel system.

The screening personnel and law enforcement agent should have the capacity to quickly screen and vet every traveler via access to data and systems to identify and capture terrorists at the airport.

As the U.S. continues to witness an inflow of international students, care must be taken to stop violent extremists from entering the country.

International students studying in the United States make up 5.5 percent of the higher education sector’s entire student population. That is, over a million students are admitted to schools in the country each year.

With such a large population of students flocking the country, it’s likely that some may have ulterior motives. Therefore, the United States government needs to be more vigilant and ensure that international students are well-profiled before entering the country.

Entry and exit tracking should be a top priority if the government is serious about winning the war against terrorism.

The activities of international students must be monitored. If one is in the country to study and doesn’t show up in class for a couple of weeks or months, he or she should be arrested and deported if there’s no valid reason for the individual’s absence from school.

The September 11 terrorist attack shows why the government needs to monitor every international student in the country. The process might be expensive and tedious, but the result would make the country terrorist-free.

Technology can also help to make the process much easier and effective. Schools should be mandated to give reports of every foreign student’s attendance and other insight that might help law enforcement agents identify and arrest those with ulterior motives.

The current successes of the United States of America’s counter-terrorism fights must be sustained. Now is not the time for the government to rest on our oars. The U.S. government will fight terrorists for the foreseeable future. And with the help of a vigilant public, the fight will be won.

These terrorists are well-funded. And they have access to powerful technologies and networks. But with the United States government and the citizen’s effort, the country won’t suffer another devastating terrorist attack.

What To Look For When Buying A Gun

Answering The Top Questions You May Have About Exercising During Quarantine

What Are Some of the Best Side Hustles?

What Candles Are Safe For Birds