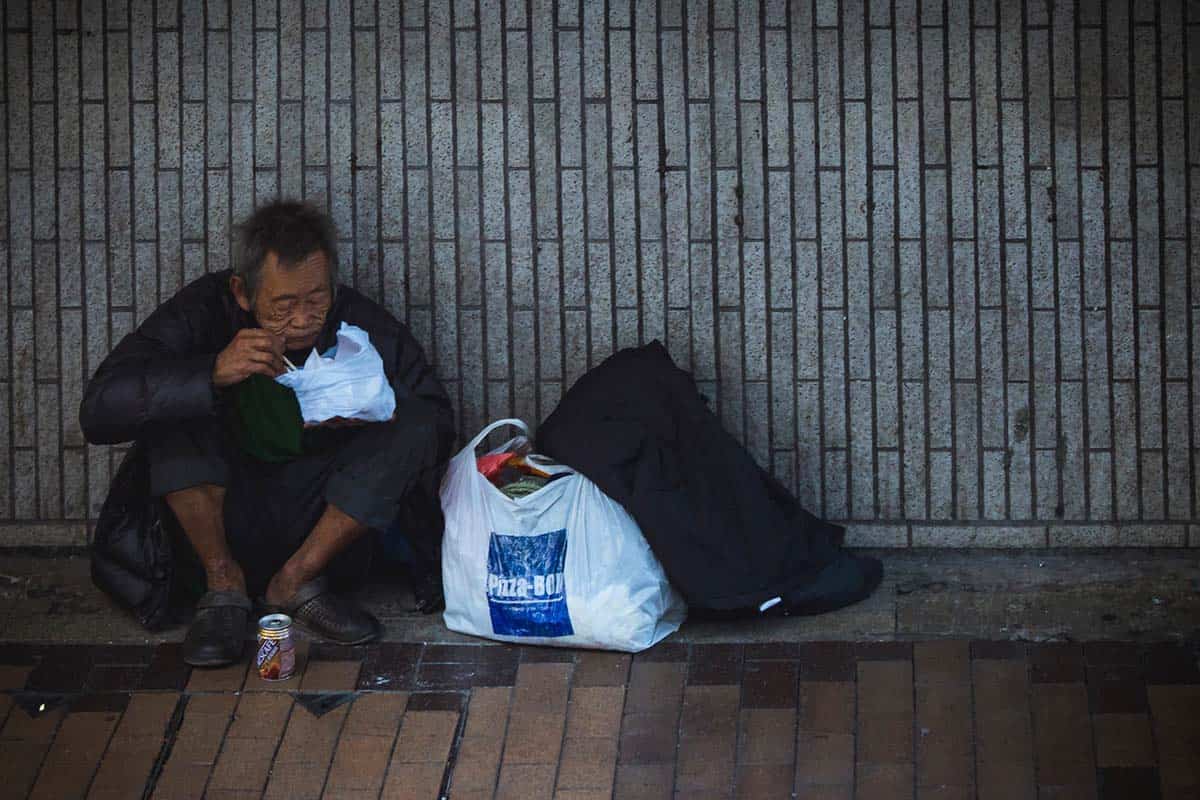 As you’re reading this, millions of Americans haven’t eaten. Most Americans don’t even know when their next meal would come. That’s how serious hunger in American is.

There are millions of food-insecure households in the United States. That means millions of adults and kids go to bed without food most of the time.

Hunger can cause chronic diseases. It can impair children’s cognitive development and make them look malnourished. Children can’t learn with an empty stomach. But that’s the reality for many kids in America today.

Here are facts about hunger in America that everyone should know.

A food-insecure family of four would need 34 additional meals to make up for the food they can afford. That means they need an additional eight meals per person to cover for the month.

That’s the reality for many Americans living in the country. They have to skip some meals because they can’t afford it. Most food-insecure families may have to skip breakfast, lunch, or dinner, sometimes.

So, let’s assume a family of four in need of 34 additional meals don’t have their needs met. That means each member of the family has to go hungry eight times every month. That amounts to 96 times they would go hungry in a year.

2. 84% Of Households In America Purchase Cheap Foods, Which They Can Only Afford

Eat to survive. That is the reality for most households in America. The nutritional value a food has is not the major concern. The food’s cost is their biggest concern. But if the foods are cheap and affordable, they don’t mind buying and consuming them.

So, for many Americans, filling their stomach with cheap foods with low nutritional value is far better than being hungry. That is why they go after the cheap foods.

But these cheap foods don’t guarantee good health. They can only fill up one’s stomach. The body needs food with high nutritional value to fight diseases and boost energy. Only that such food is quite expensive for most households.

Even if most food-insecure families decide to buy such highly nutritious foods, there’s a possibility that they may go hungry for some days before the next paycheck arrives. So, the best option is to settle for cheap foods.

So, the reality for most Americans is to eat to stay alive. They don’t care about the nutrition of foods.

These cheap foods contain high sugars and pose health risks. They can cause obesity, lack of energy, and make children appear malnourished.

3. 11 Million Kids Living In America Are In Food-Insecure Homes – USDA

According to the USDA, millions of children in the United States of America are facing hunger. Most American kids don’t have breakfast, dinner, or lunch.

Eating highly nutritious meals in food-insecure homes is a major problem. Members of such families don’t feed well because the head cannot provide for everyone. In some cases, parents can even sacrifice their meals, so their kids won’t be hungry.

Having 11 million kids living in the food-insecure home is a cause for concern for the American government and private organizations. 11 million is bigger than the population of LA, Chicago, and San Francisco combined.

The number of kids in food-insecure homes may also increase during the post-COVID-19 era. That is because many breadwinners may lose their source of livelihood.

So, when the Covid-19 virus ends, we may have more hungry households in America than anticipated.

4. 26% Of People In Food-Insecure Homes Are Not Qualified For Most Federal Nutrition Programs

America, like many other developed countries, is aware of the hunger in the land. For that reason, the American government has rolled out a series of nutrition assistance programs to help alleviate hunger.

These nutrition assistance programs have made it possible for many food-insecure families to feed without stress. But there are requirements to qualify for such assistance.

Unfortunately, 26% of Americans from these food-insecure homes are not qualified to participate in most anti-hunger programs organized by the federal government.

The worst part is the majority of the individuals excluded from federal nutrition assistance don’t have the financial capacity to purchase food for their entire household. 1 in 4 individuals who don’t receive federal help earn enough money to adequately feed their families.

In the United States of America, most rural households produce food one way or the other. It could be via ranching or farming.

It’s hard to believe that most rural areas producing the bulk of the food consumed in the urban area have more food-insecure households. The reverse should be the case.

Food deserts refer to an area that can’t provide enough fresh and affordable foods. It would also surprise you to know that most food deserts happen to be areas where farming contributes immensely to the local economy.

So, what could be the cause of food insecurity most rural households are facing?

One of the factors is financial constraints. Many rural households don’t have the finances to buy fresh and highly nutritious foods.

Transportation is also a major reason most rural households are food-insecure. Most of these rural shoppers have no choice but to buy more expensive but less nutritious foods, particularly those sold at convenience stores located in gas stations.

Most rural households may choose to drive long distances to the nearest town with a grocery store or supermarket to purchase fresh produce such as eggs, milk, and other food items.

So, all these are the reasons most rural areas, which produce most of the country’s food, are more food-insecure than those living in the metropolitan areas.

6. Of The Ten Highest Food-Insecure Counties, 60% Of The Households Are Reportedly People Of Color.

People of color face hunger at a level twice that of white and non-Hispanic American households. Finding food to eat is a huge challenge for 1 out of 4 African American kids.

According to Feeding America, eight out of the ten counties with the highest food-insecure households in the United States are 60% of the African American population. The organization also went further to state that seven of the ten counties are in Mississippi.

In a prosperous and food-rich country like America, no individual is supposed to go hungry. Unfortunately, 13.4% of the American population is food insecure. That is, they don’t have the finances to purchase adequate nutritious foods.

But then, while 10% of white households face hunger, African Americans face twice as much, 21.5%.

Several factors are responsible for the high rate of hunger people of color face. One of them is food access. Only 24% of African Americans have cars. For those who don’t have, grocery shopping can be a chore.

The unemployment rate for people of color face is double that of White people. People of color also populate the lower-wage workforce in America.

7. Hunger Is A Proven Gateway To Other Health Challenges.

Hunger can adversely impact a child’s education, among other things. It can lead to health issues in adults and children.

If the United States government wants to reduce its spending on education and health, they have to eliminate hunger.

Below are the ways hunger can affect you, health and performance-wise.

Worrying about hunger can affect a person’s mental health. It could even be worse when you don’t know when and how your next meal will come.

Having this type of thought can cause anxiety, PTSD, and even depression in children and adults. The thought of not providing adequate food for the family can also have a traumatic effect on most parents.

Studies on mothers, who have school-age kids, show that not being able to feed their kids satisfactorily can increase the risk of PSTD.

So, hunger can affect children’s and adult’s mental health. For children, they won’t be able to perform to optimum capacity in school.

Food is to the body, how petrol is to vehicles. Without petrol, your vehicle won’t even move. That’s how it is with humans. When you’re hungry, your energy diminishes to the point where you become weak. Hunger affects one’s productivity.

Hunger can also affect children’s performance and concentration in class. You can’t expect a child who hasn’t eaten breakfast to learn or answer questions in class. All such a child will be thinking about is food.

Hunger can affect the mind, brain, and body. It can delay the development of one’s emotional, social, and cognitive level. These include problem-solving capabilities, memory, language, reading, and attention.

8. Latinos In The United States Are Far Less Likely To Get Federal Nutrition Help.

Federal nutrition assistance is very crucial to food-insecure households. Since the advent of nutrition programs like SNAP, most parents and children have been feeding adequately.

However, most Latinos aren’t eligible for federal nutrition assistance. For that reason, there could be a high rate of hunger among Latinos living in the United States of America.

Eating highly nutritious meals can keep many seniors away from the hospital. It will take care of their mental health and general well-being. Eating right will put the body in good shape to fight off diseases.

Fruits, vegetables, and other plant-based foods contain a high amount of antioxidants. And antioxidants prevent free radical-induced damages in the body.

But unfortunately, 50% of seniors would be facing hunger by 2025. And the worst part is these individuals can’t work full-time jobs or earn enough to feed themselves.

10. Over 22 Million Kids In America Depend On Reduced Prices Or Free Launch At School.

It’s no longer news that millions of kids live in food-insecure homes. Their parents are poor and are unable to provide foods with higher nutritional value for them.

To render support to these families and alleviate hunger, the federal government has rolled out several nutrition programs. Consequently, over 22 million kids get free or cut-price meals in school.

This step by the federal government is laudable. However, over 3 million kids are still not getting adequate breakfast. Summer is also the period where kids go hungry the most due to vacation. Only 16% of children can access the USDA-funded summer meals.

The coronavirus pandemic is depriving children of these free and low-price school meals. Most schools have remained under lock and key for months. And if things don’t change, we may have more malnourished children in America than expected.

So these are the facts you should know about hunger in the United States of America. We understand that they may be provoking and disheartening. But they are a true reflection of what many households face.

4 Expert Tips On How to Save Up Money Fast

How To Clean Raycon Earbuds – The Right Way!

Marketing Ideas To Promote And Drive Traffic To Your Website