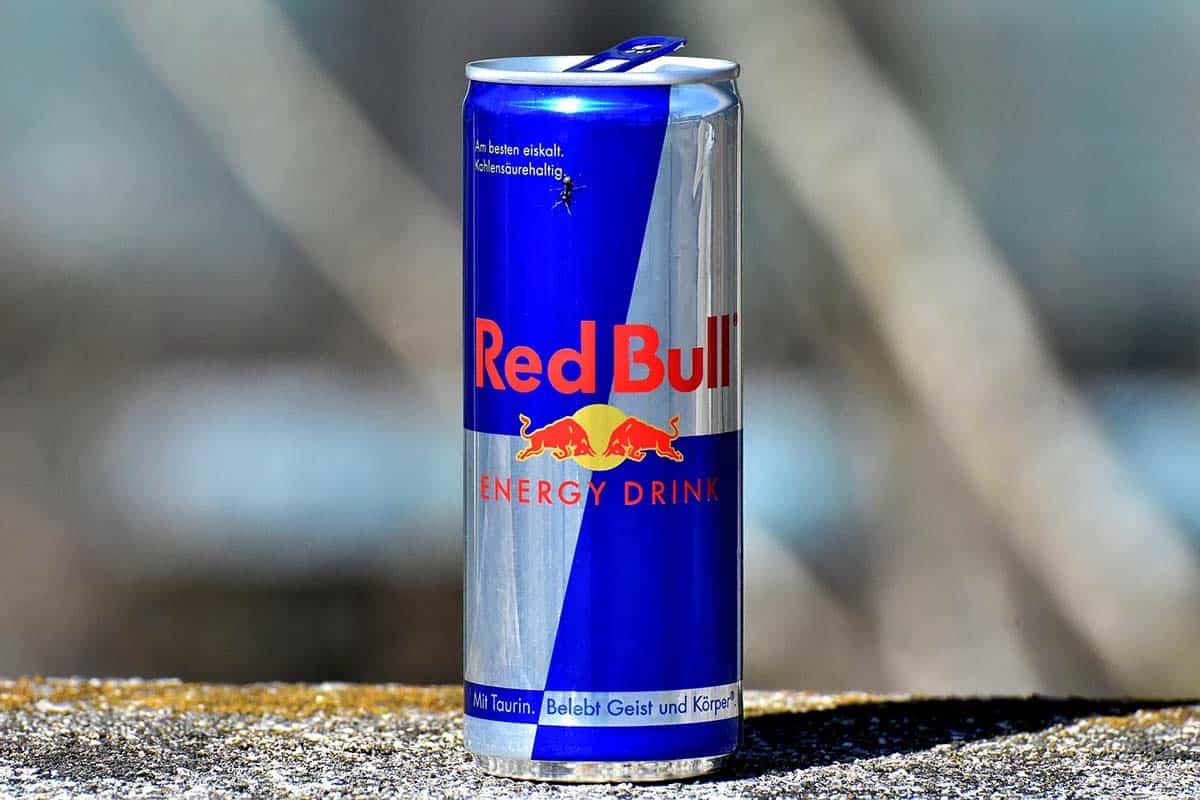 Over 34 deaths have been linked to the intake of energy drinks. That’s what the Food and Drug Administration says. The agency did not state that Red Bull is the cause of these deaths. But then, when mentioning energy drinks on the market, Red Bull comes to mind.

Now you may want to know, is Red Bull bad for you? Here is the shocking answer:

Well, yes! And as you know, too much of everything is bad. Even drinking too much water can be harmful. According to WHO (World Health Organization), consuming excess energy drinks (e.g., Red Bull) can increase one’s risk of having Type 2 diabetes and the silent killer hypertension. The Red Bull can also damage your teeth, affect kidney health negatively, and give rise to other life-threatening conditions. So, you have to be extremely careful. This so-called refreshing energy drinks can cause severe heart challenges, even in a healthy adult.

Read to get more information about Red Bull consumption so you can make a more informed decision.

What Is Red About Red Bull: The Inside Story!

As is the norm, we should have been thanking Dietrich Mateschitz for making Red Bull become a global brand. But after figuring out the risks and dangers of consuming this energy drink, I don’t think there is a need for that.

You remember the popular slogan and advert, “Red bull gives you wings.” I believe most of us cannot forget that slogan out of our heads. It made everything about the energy drink seemed perfect.

And really, Red Bull can give you wings in the form of energy. I mean a lot of it. One of its primary ingredients is “caffeine,” which not only helps in the stimulation of brain function. It can boost one’s concentration and mental alertness.

So that is the reason this energy drink is rated highly. It is also a popular beverage for young adults and even the elderly. But like what we see written on the packet of cigarettes to warn smokers, I think Red Bull should have something of that nature.

People should be aware of the dangers of drinking too many energy drinks, such as the Red Bull. It is dangerous and risky, regardless of one’s age.

Now here is how the world’s top energy drink started:

Red bull is called “Krating Daeng” and was developed in Thailand in the year 1976. The meaning of Krating Daeng is “Red Bull,” so it’s no different from the name we all know today.

Krating Daeng was introduced by Chaleo Yoovidhya, an entrepreneur of Chinese ethnicity. He was the son of two poor but self-employed Chinese immigrants who raised and sold ducks for a living in Thailand.

After producing Krating Daeng, Chaleo’s entry into Thailand’s energy drink market was never an immediate success. He had to compete with other bigger brands in the market then. And remember, he was only competing in Thailand, not the international market.

Those who tasted Krating Daeng quickly fell in love with the energy drink. It not only felt okay. The caffeine content it has was 32mg for an 100ml beverage.

And although the “pick-me-up effect” was not felt instantly, it came gradually. So, many people in Thailand loved the beverage. It was targeted at the poorer population and sold at a much lower price.

But Chaleo got his big break, something every entrepreneur expects. Krating Daeng, whose meaning is “Red Bull” in English, became an international brand following Dietrich Mateschitz’s visit in 1984.

Dietrich, an Australian marketer, came to Thailand that year to sell toothpaste. And after taking Krating Daeng, the jet leg which he had gradually disappeared.

And that was when he fell madly in love with the energy drink and quickly approached Chaleo to present a mouthwatering offer. He offered to build a division of Red Bull in Austria to sell the energy beverage abroad.

That was how red bull started. In 1987, the energy drink made its groundbreaking debut with the famous words, “Red Bull gives you wings.” It was the energy drink’s slogan that every household, from kids to adults, knew.

Today, the company has sold more energy drinks than its competitors worldwide. The report shows that Red Bull GmbH, a company founded by Chaleo and Mateschitz, has sold billions of cans of the energy drink, globally.

Red bull also dominates when it comes to sales of these beverages in lucrative markets, particularly in the United States of America.

But the company is facing severe competition from local rivals like Carabao and M-150. And both are seriously gaining grounds by deploying the marketing strategies used by Red Bull.

Okay, enough of the history of Red Bull. It’s time to look at the ingredients it contains and talk about health risks.

Also, there are two myths I would like to debunk. The first one is that Red Bull does not contain bull sperm or urine. When you check through the list of ingredients, you won’t find such.

Again, most people believe Red Bull contains natural flavors, but that is not the case. Instead, it has a plethora of artificial colors and flavors.

Red Bull contains a mix of different ingredients. Among them are synthetic caffeine, taurine, sugar, and some B vitamins. These ingredients are well-known to possess energy-boosting properties.

So, here is a list of active ingredients in Red Bull:

Each can of Red Bull contains 27 grams of sugar, which is a bit less than what is present in some soft drinks. But for me, 27 grams is still an amount one should dread. You should prepare yourself for the energy rush and sudden crash. You will wonder if such an amount is present in the sugar-free Red Bull. Well, let me also remind you that Red Bull does not only contain sugar but artificial sweeteners. Sucralose, acesulfame K, and aspartame are among the sweeteners. And according to the latest studies, they can cause cardiovascular disease.

The caffeine content in Red Bull is 80mg. We all know what caffeine can do. But bear in mind that over-consumption may cause twitching, nervousness, racing heartbeat, diarrhea, and could be more severe.

Why Red Bull Is Bad For Your Health: The Scary Side Effects

It is easy for people to brush off the idea that the Red bull is not dangerous. At least the caffeine in one cup of coffee is the same as what you will find in Red Bull.

But research has confirmed that the beverage can be harmful, mainly when consumed in excess amount. So, let’s find out how so we can make an informed decision.

Can cause increased heart rate and blood pressure

Heart rate and blood pressure are two critical factors that can determine your heart health. And an increase in any of them can cause one to develop hypertension, including other heart diseases.

However, several studies conducted show that taking a 12-ounce can of the energy drink Red Bull can increase heart rate and blood pressure levels within just 90 minutes. It can also be up to about 24 hours after taking the energy drink.

But the case is also different for young people, who are among the highest consumers of the energy drink. Studies show that excess consumption of Red Bull can cause heart attack, abnormal heart rhythm, and even death in younger people. Energy drinks companies, including Red Bull, have also faced many lawsuits due to such adverse effects.

Red Bull consumption can make the heart health of those who are prone to developing heart diseases or high blood pressure, worse.

Let’s be realistic. Consuming Red Bull seldom may not result in health problems. It is excessive consumption of the drink that causes problems for people.

Red Bull can also make it difficult for the kidney to function to capacity. The thing is this energy drink has high sugar content. And studies have shown that there is a link between chronic kidney disease and high sugar consumption.

Increases the risk of Type 2 diabetes

Diabetes is the last disease anyone would think of having. It can ruin one’s quality of life. But most of us are still doing things that can increase our risk of developing this disease.

Now, let me state this. I am not in any way trying to bring down Red Bull. It’s a wonderful energy drink. But, if you must consume it, please be cautious of the amount you consume daily. In short, don’t drink it every day!

So, now let me ask you, “Is red bull bad for you?” I know you would say yes after reading this post. I embarked on this research because I enjoy drinking Red Bull and other energy drinks. But after finding out what these sweetened beverages can do to my heart and health in general, I have started to have a rethink. And you too should consider quitting excess consumption of energy drinks for your health sake!

How Excess Weight Affects Your Health?

Can You Buy Sushi With EBT? Understanding How EBT’s Work

How To Make Money Working As Self-Employed From Home

How To Recognize Medication Side-Effects And What To Do

Simple And Effective Driving Tips That Will Help You Avoid The Most Common Road...