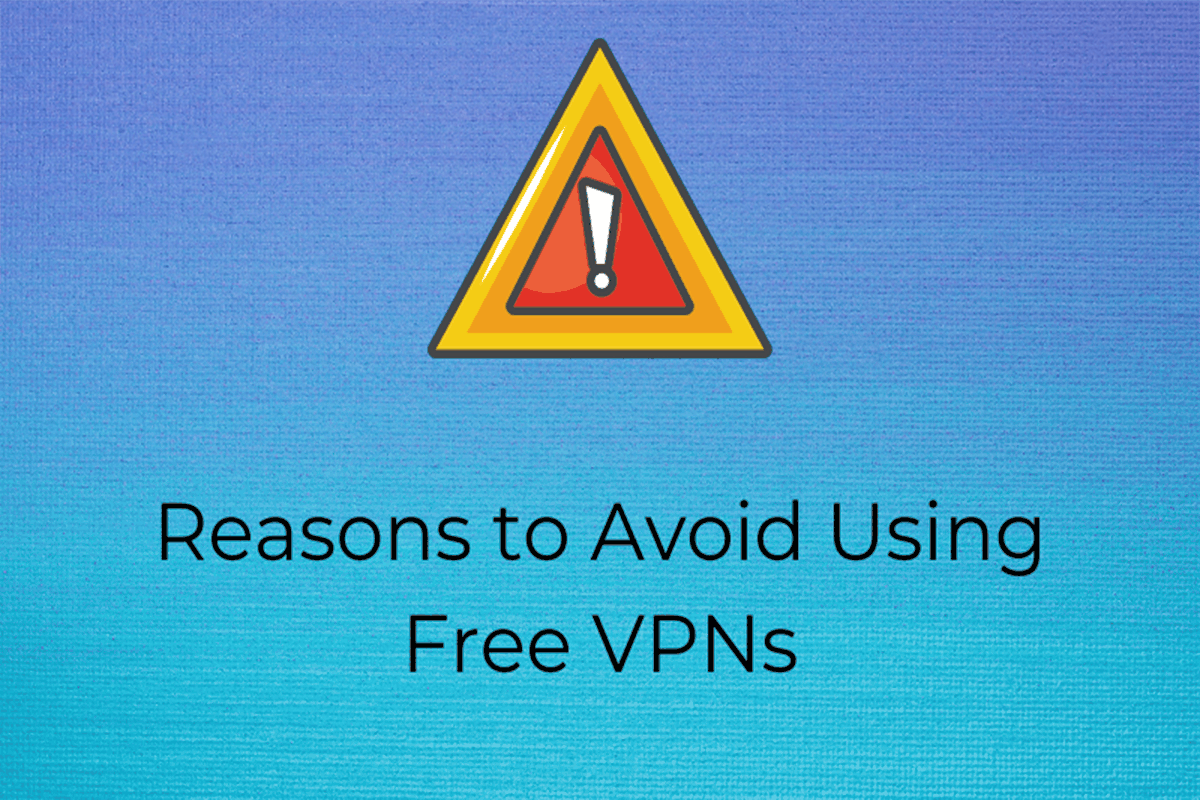 Virtual Private Network – commonly known as a VPN, is a tool that protects your online activity, hides your IP address, and keeps you protected from cyberattacks and cybercriminals.

However, all of these traits are mostly true for premium VPNs and not the free ones. Most free VPNs will track your online activity, sell it to third-parties, and if they have limited servers, then it will bring you awful speed.

If you want to spend less on VPNs, then I would probably recommend using the most affordable VPNs that are equally strong and powerful like other premium VPNs but have inexpensive prices.

So, here are the 5 most critical reasons to avoid using free VPNs:

One of the prominent reasons why you use a VPN is to protect against hackers. However, some free VPNs contain malware which is the biggest online security risk.

After testing over 100+ free VPNs, I found out that many free VPNs contain malware in their software. Most malware is related to advertisements.

These VPNs pretty much rely on advertisement for revenues which really makes sense as to why they inject these malwares. If a VPN doesn’t fulfil the sole purpose of its existence, then you shouldn’t be using it in the first place.

2. Store And Sell Your Browsing History

If free VPNs do not have a premium plan along with their free plan, then it is obvious that they will track your online activity and will be selling it to third-parties.

There’s nothing free in this world, that part should be very much clear. If the product is free, then you are the product’.

The major reason why you use a VPN is to protect your online activity. If a VPN manages to share your browsing activity with some ad companies, then it shouldn’t be trusted.

According to Statista, the main motivation of using a VPN is to access better entertainment content. In most cases, these websites include HBO, Hulu, Netflix, BBC iPlayer, and so much more.

These streaming websites are either blocked outside of their home country or their content varies from one region to another.

For example, Hulu and HBO are restricted to US only. If you plan to watch these services from outside the US, you will be shown a geo-restriction error.

For that purpose alone, you use a VPN. Now, free VPNs do not have the capability to unblock these services because they are easily detected by such websites.

To unblock HBO, Hulu, BBC iPlayer, or any other services, you need to have a premium VPN that can easily bypass their restrictions.

Most free VPNs only offer a free plan to tempt users into buying their premium plan. Having said that, they offer limited bandwidth with their free plan which is approximately 500 MB to 1 GB of monthly data.

If you haven’t yet used a free VPN let me tell you that this much bandwidth wouldn’t last a day if you’re into streaming.

Once the bandwidth ends, it will ask you to subscribe for the premium service and you will be bound to use it without exploring other options in the VPN industry.

5. Slow Down Your Internet

VPNs are known for slow speed and that’s probably true in most cases. Because of the encryption offered by the VPN and that it travels through an encrypted tunnel, the speed is bound to get slow.

Since premium VPNs offer strong and powerful encryption, it makes your internet speed a bit on the slower side. Free VPNs are even more awful at that.

First of all, free VPNs offer limited servers. You can only imagine the load on their servers when thousands or even millions of users are on the same server accessing the internet.

The speed is too slow and mostly it takes hours to open a simple website that isn’t even blocked in your region. If you want fast speed, don’t even bother using a free VPN.

Free VPNs are a widely used online privacy tool despite the fact that there are too many dangers attached to it.

If you’re into protecting your online privacy, accessing streaming websites, or wanting to have fast internet speed, then don’t bother using a free VPN.

On top of that, free VPNs will steal your browsing activity and everything that you do over the internet.

If you want that your internet activity mustn’t be tracked or you get fast internet speed, then you must avoid free VPNs at all cost and turn towards premium VPNs.

Can You Use Superglue For Fake Nails? A Detailed Explanation

How To Get Into Shooting Sport For Beginners?

How To Write An Excellent 500-Word Essay

A Beginner’s Guide On Trading Cryptocurrencies!