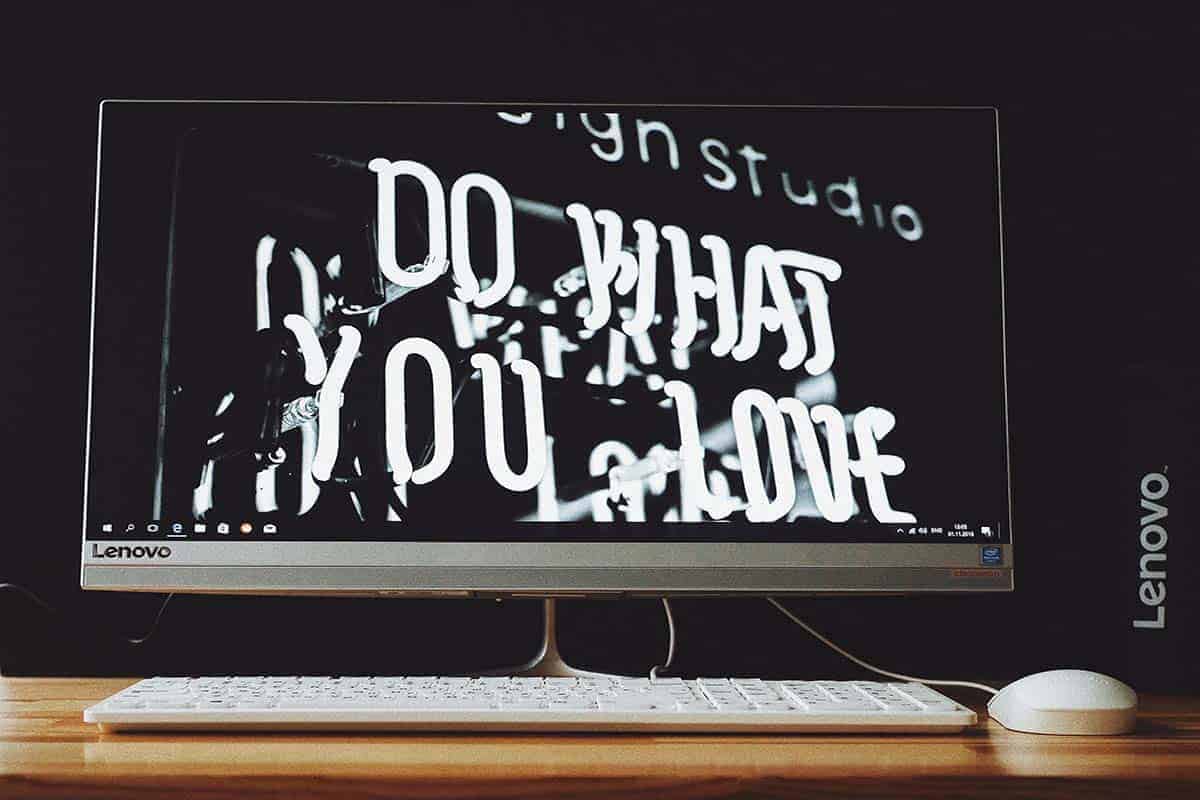 Lenovo is one brand many only views as a Chinese company. But the question we should be asking is, “does Lenovo have operations in the US”?Well, the first thing you need to know is that Lenovo is a multinational firm. The company has also extended its operations to over 60 countries and counting.

So, the answer to the question is yes. Lenovo has operations in the United States of America. It does operate via Motorola, a subsidiary company it bought in 2014. Lenovo also has a manufacturing plant in the U.S, which is small compared to what it has in other places. The factory is open for the manufacturing of computers. And it is situated in Whitsett, North Carolina. The facility is also the first Hong Kong-based company has in the U.S.

So, yes, Lenovo does operate in the United States. Alright, I also provided other information about Lenovo, I believe, will be of interest to you. Read to find out.

The Lenovo Brand: What Does The Company Do?

You will agree with me that technology is advancing quickly. Instead of the weighty laptops and oddly shaped phones, we now have similar gadgets that are more attractive and lightweight.

Individuals and corporate organizations have been busy working on ways to deliver quality gadgets. And Lenovo is one of them. The company started operation in 1984 in Beijing.

Lenovo also got incorporated in 1988 in Hong Kong. So they have been in business for quite some time. And before they got into the limelight, the company was making Thinkpads, servers, and PCs for IBM.

Lenovo grew financially and otherwise quickly that it quickly had the finances to acquire assets and extended its operations. As a result, they purchased the ThinkPad and PC division of IBM in 2005. 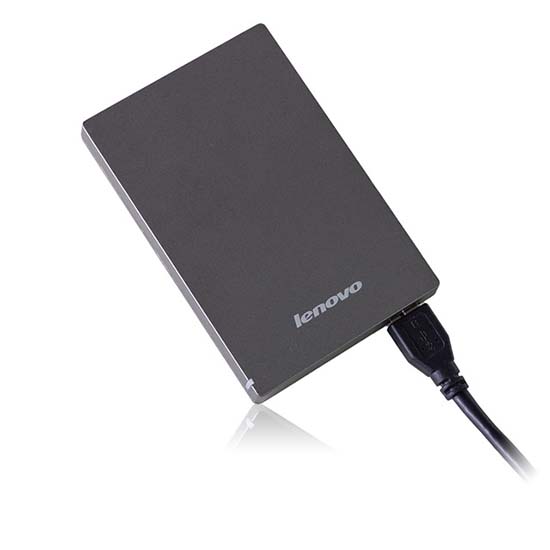 The buying of IBM was the start of something new for Lenovo. But again, the company does have similar pride and trust in their work as the best tech companies, including IBM.

After purchasing the personal computer business of IBM, Lenovo still went on to acquire Motorola Mobility from the tech heavyweight, Google, in 2014.

Now, what does Lenovo do? Well, from the little details provided, one can tell the company is a tech company. Lenovo basically designs, develops, makes, and is also involved in the sales of different gadgets.

How Lenovo Ranks Globally: What You Need To Know

Lenovo has had an incredible journey in the tech industry thus far. The company has witnessed growth in revenue and popularity since its inception.

Of course, speedy growth is expected, giving how things started and the brains behind the company. Today, as of the time of writing, Lenovo ranks as the largest personal computer vendor in the entire world. And I mean in unit sales.

They produce different gadgets but have been successful in the manufacturing of personal computers. Lenovo is highly recognized in China. And the company also has plans to overtake the likes of Apple and Samsung in the global market.

How Lenovo Is Leading In Innovation Globally

Innovation has been one of the core values of Lenovo. And if you look at the company’s track record, particularly with regards to the PC industry, you will see that they are not doing badly.

I am impressed with how Lenovo has fared all these years. I mean, from nothing to something. Now they are the leading manufacturers of personal computers.

And I can tell you categorically that this achievement would not have been possible without proper management. Since its inception, the company has only grown from strength to strength, winning multiple awards along the line.

One thing I know is that Lenovo is fully committed to innovation, and their long history of breakthroughs in technology is a clear indicator of that. And we hope to see these tech improvements inculcated into their new category of products to inspire future growth.

How has Lenovo been achieving competitive differentiation? Well, the answer to this question is still innovation. The company uses innovation to drive new market opportunities in diverse sectors.

These include cloud computing, mobile internet, and many more.

Alright, talk is cheap. Let’s state the obvious. When I say Lenovo is innovative and that they are at the top of their game, I mean every word. Now take a read and see how prepared the company is:

Lenovo operates a total of 46 laboratories. For the records, these labs aren’t just minor ones. They are all highly equipped and world-class labs. The company runs various research centers in different countries too.

Talking about talents, Lenovo is where you will find the best of the best. The company claims to have a strict recruitment policy which allows them to recruit only the best brains.

And speaking of what we have seen and the progress they have made technology-wise, it is safe to say that they genuinely have an active recruitment policy and team.

Lenovo has over 5,000 engineers, scientists, and researchers in its payroll. And their research and development team have recorded massive success since the inception of the company.

The company also claims to have over 6,500 patents that are globally recognized. It also boasts of having over 100 design awards to its name, which is a huge success.

So, it is evident that this company is heading somewhere. Of course, being the leading producer of personal PC is an achievement worthy of recognition.

But Lenovo did not just get to the top or achieve these successes by working alone. They have made several acquisitions and collaborations with various industry associations, which paid off.

And these, together with massive investments in the research and development, enable the company to stand out.

Must-Know Facts About Lenovo You Should Know

Every successful company you see today has a great history. I will also like to point out that even the unsuccessful ones still have a history.

By and large, there are interesting facts about Lenovo, which I would like you to know. And these facts are part of the company’s remarkable history.

Lenovo started with a capital of 25,000 US dollars. Liu Chuanzhi, the founding chairman, together with ten of his colleagues who are engineers, was the brain behind the company.

Impressively, Lenovo started in a guardhouse in Beijing in 1984. The apartment only had two dusty rooms, but today, things have changed.

The first name of the company was Legend Group. But it was later changed to Lenovo in the year 2004. Lenovo’s partnership in the Olympics, in 2006 helped to announce the company to the world.

The company produced its first computer in 1990 under the company name “Legend.” And that same year, it became the maker and seller of its brand.

Before the company changed its name from Legend to Lenovo, it has already started making waves. While still bearing the name Legend, it became the top PC vendor and dominated the Asian Pacific area in 1999.

In 2013, Lenovo reached a milestone as the number one PC manufacturing company in the world. Again, it attained number 329 on the Fortune 500 list. The ranking is usually for the largest company in the entire globe.

Lenovo is indeed the biggest PC maker in the world. But the company has witnessed a couple of challenges too. Well, it is common for companies to witness challenges. So Lenovo is not the first to go through this period.

2015 was a tough year for PC makers and Lenovo inclusive. The company was heavily criticized for bloatware identified in some of its computers. And this Superfish adware that was pre-installed could cause a security breach.

The Adware could break the HTTP connections on browsers to display advertisements. When this was spotted, Lenovo was heavily criticized. That same year, the company also reported a loss in revenue.

However, the loss in revenue had nothing to do with the security issues it was facing. Instead, it was as a result of challenges from the company’s smartphone division.

But the good thing is that the company was doing well in its PC manufacturing division and looks to dwell more on that area in the future.

I believe the question “does Lenovo have operations in the US”is now clear. And as I earlier said, the company does operate in the United States of America. Lenovo is currently the largest PC producer in the world. And though it’s called Beijing-based, Lenovo’s vision is to become a global player in the technology industry. However, the capacity in which Lenovo operates in the US is small compared to other places. But it hopes to dominate the North America market as it has in Europe and the Asian continent.

Which Galaxy Arms Extend From A Core Full Of Black Holes?

Should Men Wear A Crew Neck Or A V-Neck?

6 Top Features You Want In Your Trading Platform

An Ultimate Guide For Beginners Of Bitcoin Trading!

It’s Time To Get Your A+: 5 Techniques On Improving Academic Writing