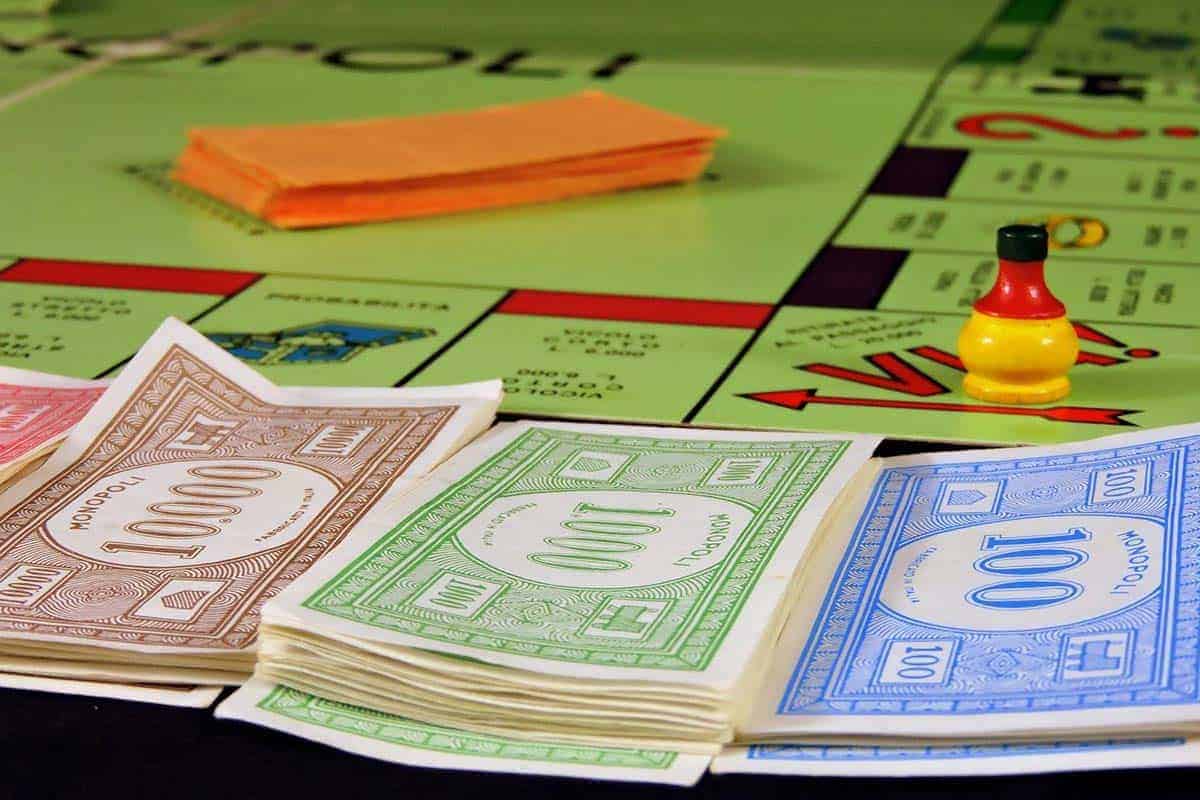 Monopoly has become a very popular game and it is played all over the world. This game is so much part of the culture that people even use terms like “land on free parking” or “monopoly money”.

How much money do you start with in monopoly?

Monopoly is an interesting board game just like chess and scrabble. If you are a newbie or an intermediate player who wants to learn about the game of monopoly, this post will teach you how to play the game and all the rules guiding the game.

The game of monopoly is all about money. It revolves around the money that flows in and out of a central bank. There are rules about the amount of money the bank and players should have at the beginning of the game. There are also rules that guide what to do if, for instance, the bank is short of funds.

2. Money in the Central Bank

Before 2008, the bank in the monopoly game starts with $15,140 in cash. In 2008 however, the games made after September had $20,580 in the bank. (Accounting for inflation). Some of the bills came in different colors: $20 bills got a brighter green hue, $10 bills came in blue and $50 in purple. There are also 30 pieces of each denomination instead of different numbers of each.

3. Amount of Money Each Monopoly Player Starts With

4. Extra Money in the Central Bank

The bank may repeatedly run out of money, especially if you are playing with several people. When this happens, you can add as much money as you want. You can make money out of papers. You can also use poker chips or checkers to indicate the denomination.

If you want the money to be a real monopoly money, you can buy the money in a hobby store, toy store, or buy it online.

Monopoly Rules and How To Play The Game

All the monopoly rules you will find below are the official game instructions that came with the original U.S. Monopoly sets in 2008. If these instructions are different from the way your family plays the game, that’s alright.

The objective of the game is to become the richest player by buying and selling, trading, and collecting rent on acquired properties.

You can end the game when al players, except one has gone bankrupt. You can also set a time limit. When you reach the limit, you can name the wealthiest player the winner. It all depends on how long you want to play.

Number Of Players Needed For The Game of Monopoly

2-8 players are needed to play the game.

Components of the game

To set up the board. Stack the community chest cards and the chance on the board in the right spaces.

All players will choose a token to move around the board. All tokens start on the GO space.

All the game players will receive $1,500 to start playing.  One of the players will need to be designated the banker.  The banker’s job is to share and collect money. The banker also manages the hotels, houses, and other properties.

Each player rolls the dice twice before the game play starts. The first player to play is the one with the highest total value. Then the next player goes (play moves clockwise left)

2 dices are rolled on each player’s turn and the player’s token moves space determined by the value rolled. An action will be taken based on the space the player lands on.

About The Board Spaces And Actions

Most spaces on the board represents a property. When a player lands on a space, he or she can purchase the property from the central bank. You can find the price of the property on the bottom of that space.

When a player lands on a chance space and he draws the chance card, the player will complete the action described on the card and he will return the card to the bottom of the pile.

When a player lands on a tax space, he or she will pay the tax as described.

A player may find himself on the jail space. This doesn’t mean the player will go to jail. He or she just needs to visit the jail.

A player may land on the free parking space. No action is required.

A player may find himself on the go to jail space. This means the player will go in to jail.

If a player lands on the GO space or passes the space, he or she will collect $200 from the bank.

A player may land on a property space owned by another player. He or she will pay the space owner the rent. The amount to be paid is listed on the property card.

Winning The Game of Monopoly

If a player owes more money than he can pay and he has no properties he can sell to make up, he is declared bankrupt and can no longer play.

The last player standing after others have gone bankrupt is named the winner of the game.

When another player lands on your space, you will ask and collect the rent before the next player rolls the dice.

If a player rolls the dice and both dice have the same number, that player will move the amount, take the action, and roll the dice again. This is called rolling doubles. If you roll three doubles in a row, you will go directly to jail without collecting 200 dollars or passing GO.

The player can also pay $50 to the bank before rolling the dice, then whatever the player rolls, he can move that many spaces.

If you own all properties that are of the same color, you can buy houses for the properties. You can find the cost of the house on the property card, and then pay to the bank.

The rent of the house on a property increases according to the property card. Houses will be shared as evenly as it can be shared among properties. That means each property must have a house before another house is added to it.

A hotel can be bought once all properties in a color has 4 houses. This will increase the rent for any player that lands on the property. Money that is spent on hotels will be paid to the bank.

If the bank runs out of hotels and houses to sell, and a player wants to buy, that player will have to wait for a hotel or house to be sold back to the bank before he can buy his own.

You can mortgage a property without house or hotel back to the bank. You will find the mortgaged amount on the back of the card. No rent is collected for a mortgaged property when another player lands on it.

Why is it Important to Have Good Credit? This is What You Need to Know

How 5G Home Internet Stacks Up To Wired Broadband

Can I Sleep In My Car With The AC Running? Here Is Why Its...

How To Decide Which Car Best Suits You

13 Ideas On How To Use Infographics For Your School Announcements

How To Get Many Offers Working As A Freelancer