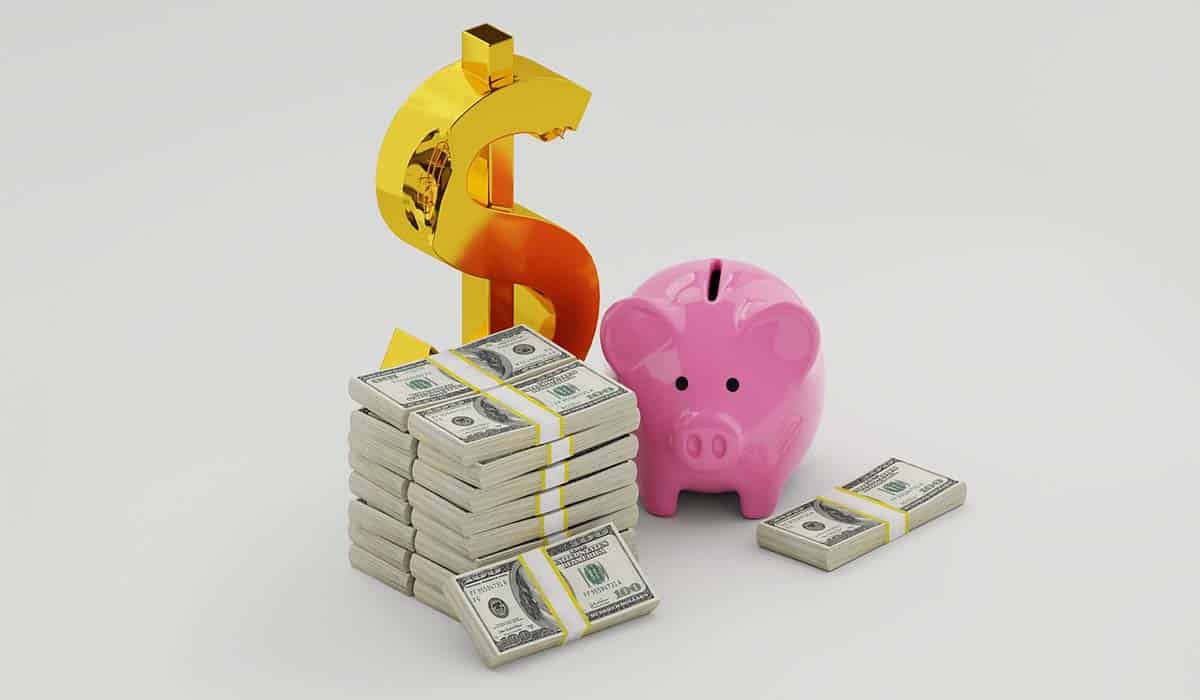 Basic economics has made us believe that banks act as some sort of intermediary that serves the purpose of connecting savers with borrowers by functioning as a trustworthy middleman. People who earn some extra cash above what they need can simply take the extra and deposit it thus making available some funds from where banks can use to issue out a loan to individuals and organizations whose income does not meet up with their needs.

Where do banks get money to lend to borrowers?

To answer this question, you must note that there are three types of money within the banking system. These include bank deposits, currency, as well as the central bank reserves.  It therefore basically, what commercial banks do is to create the money which they lend to borrowers. First, they create a type of money referred to as bank deposits which are simply spendable monies within bank deposit accounts .what happens is that when you get a loan from a bank, the bank simply inputs a credit into your account which upgrades the amount spendable in your account. The deposit is money.

What Is The Real Deal Behind A Bank’s Ability To Lend Out Money?

The general notion about the ability of banks to lend money is that it is heavily dependent on the cash inflow in terms of customer deposits. This theory suggests that deposits are the parents of loans. This belief is also strengthened by the money multiplier theory which tallies with fractional reserve banking. In the fractional reserve system, just a portion of the overall deposits of the bank has to be held in a deposit account with the central bank or in cash.

Basically, in this system, the fractional magnitude is greatly determined by the requirement of the reserve. It is the reciprocal of this that shows the multiple reserves which such banks can loan out per time. It, therefore, suffices to say that the overall ability of a bank to draw new deposits is not entirely dependent on drawing new deposits but also dependent on the monetary policy of the central bank.

Therefore, with a certain monetary policy regime and in the absence of any reserve increase, the only option for commercial banks as far as raising their capacity to lend is by getting new deposits.

What Factors Affect The Ability Of Your Bank To Lend Money?

If we believe that the lending power of a bank is not affected by the reserve requirement, then are there constraints faced by the banks? There are two angles to look at this and both angles are not connected. The first angle suggests that banks are not limited by considerations about profitability. What this means is that with a certain level of demand for loans, banks are bound to base their decisions to lend money on the way they view risk-return trade-off and not just about the requirements for reserves.

The next angle to this is a scenario where deposit accounts get insured by the government, this, in turn, makes banks want to take unnecessary risks with the deposits. It is in the light of this that regulatory frameworks have been put in place to make sure that banks adhere to capital to asset ratio.

It, therefore, suffices to say that if the lending power of banks is constrained by anything, it has to be the capital requirement of such banks. It is, however, important to note that since these capital requirements are a ratio that has a denominator that is made up of RWAs, they become dependent on how such risks are measured. This is in turn heavily dependent on the way risk is measured which can also be linked to subjective judgment.

The combination of subjective judgment and the increased desire for profit usually leads banks to want not to take the risks of such assets seriously. Therefore even with the existence of a proper regulatory framework, there still exists some amount of flexibility associated with the bank’s ability to lend money.

How On Earth Do Banks Make So Much Money?

If you have been wondering how banks make so much money, trust me, you are not the only one on that boat. It’s certainly not fiction that banks make a whole lot of money. The sort of money that makes the issue so much bonuses and dividends. Many may think it’s all about the huge money that comes from deals struck in Wall Street. However, what you may not know is that banks also make a whole lot o of money from the retail banking involving loan taking deposits.

For banks, anything legal can be done to secure new deposits ranging from promos and offers, to free checks, and even give-away. The reason for these strategies is that banks simply cannot make money except you make deposits to them.

Your Money Saved Is Someone Else’s Loan Received

Banks are quite smart when it comes to dealing with money, this can be seen in the way they attempt to make everyone happy. For instance, banks issue interest on money saved at a certain rate and you begin to wonder how exactly do they make the extra cash they pay as interest? Well, the whole idea is quite simple; banks are smart enough to issue out loans at an interest rate that is usually more than the interest issued on money saved. This way the money received is always higher than the money issued out.

Well, you and I will agree on the fact that banks do love fees! Borrower interests may be cool, but there are other cool avenues banks exploit to make money.  Here are a few of such fees:

Many of us have at one point or the other been quite careless with our ATM cards and that usually means a replacement. While we view the money paid for a new ATM as a loss, the banks simply view it as another avenue to make more money.

There are several accounting services and a product that attracts charges includes but is not limited to investment accounts, checking accounts, as well as credit cards. These fees are usually tagged as maintenance charges even though we all know such maintenances should not cost much.

Every time a potential borrower comes to the bank for a loan, he or she is usually charged an application fee. Some banks even go as far including the fee amount into your loan principal. This simply means that you will also end up paying interest on your loan application fee as well.

A lot of banks possess financial divisions that usually work as brokerages. And as you may have guessed already, the commission they charge is usually more than what discount brokerages charge.

What Do Banks Consider When Checking Out My Loan Application?

Securing a loan from your bank can be quite easy or difficult depending on how much information you have at your disposal. Here are a few things they consider before issuing you that loan:

You will need to have a business plan handy. They need to see this to ascertain how solid your business is in terms of vision and track record. You need to convince your bank that you have a concrete plan for the money you want them to give you. Banks are not always comfortable with lending money to borrowers who appear desperate. Hence, you need to be specific about the real amount you need and when exactly you intend paying back

Banks don’t joke with their collateral. When a bank gives you a loan and you end up defaulting, collateral is simply the tool they use in recovering their money. More often than not, lenders are never interested in using the collateral to cover for the loan if they did they won’t be looking for a loan in the first place.

Are you able to pay back?

This is one thing banks are careful to never overlook. They simply want to know if you will be able to pay back.  To do this, they will usually carry out debt to income ratio of the company in addition to the free cash flow amount.

What do you have to lose?

Banks are always careful to determine how much of your investment is at stake in such an enterprise. Hence, before they lend you money, they want to be sure you have something to lose in the business.

Should I Take Up A Bank Loan?

This question can’s be easily answered, however, you should understand that loans should only be taken if you have a real need for them and there isn’t a viable alternative source.

Now you know where banks get their money from to lend borrowers! We also believe by now that you understand the working dynamics of the banking sector as it has to do with making and loaning out money. Be mindful of the fact that loans are a necessity in our ever-evolving economy hence the need to keep abreast of the dynamics.

Microsoft Visual Studio Community Vs. Professional: What Are The Differences?

These Are The 6 Most Dangerous Cruise Ship Excursions