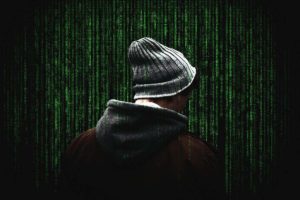 The internet is one of the most significant achievements that the human race has ever procured. It’s the collective heritage of humanity and by far the broadest and most important library to ever exist. However, this technological advancement isn’t just daisies and rainbows – it’s crawling with hazards.

The internet is one of the most dangerous places worldwide, and while murder, arson, or hijacking might not happen on it, things like theft and ransom do.

In this article, we’ll talk a bit about cybersecurity, the hazards that call the internet their home, and give you some ways to protect yourself.

There is no sole proprietor of danger on the internet. Trouble on the internet comes in many different shapes, forms, and sizes, from malicious individuals looking to gain access to your private data and bank account to malware that is spreading chaos to run your day.

While not nearly as prominent as they once were, the threats still pose a considerable danger to the internet’s denizens.

There are hackers, malware, and all kinds of creepy crawlies lurking on your favourite websites – and the websites themselves might not be all that benevolent as you might think. Data is your most valuable asset these days, and popular websites such as Google, Facebook, Twitter, and many more go out of their way to accumulate as much of your data as possible.

With so many issues, malware, and general hazards plaguing the modern internet – what’s the regular surfer to do to protect themselves? Well, one of the best ways to ramp up your privacy on the world wide web is to hide your IP address.

Your IP address is kind of like your real address, just in the digital landscape. Hiding it from websites is as easy as utilizing top-tier VPN software or a simple proxy. By hiding your IP address, you’re actively throwing any wannabe hackers and trackers off course.

There are more than a few ways to hide your IP address from prying eyes, and proxies seem to be the best option around. You can learn more by reading Oxylabs blog post about hiding IP address.

Watch Out For Suspicions Messages/Emails

Phishing scams are among the most significant dangers that are more than alive and well these days on the digital landscape. While the average internet citizen has adapted to recognize these scams and messages, many people don’t know how to tell them from legitimate emails.

If you have an email or messaging app, which most people use the internet, you’ll have to watch out for these fraudulent messages. They often come in the form of award-winnings, unknown relatives needing money or anything else that ends up asking you for your personal information, passwords, or cash.

Suspicious emails and messages that contain downloadable content might also be used to inject malware, ransomware, and viruses into your PC, so don’t download anything you aren’t too familiar with.

If you sign up for a website, you’re giving away a significant dose of your information. No website, service, or app will ever ask you for your personal information, so if you get a message suggesting such a thing, it’s almost always fraudulent.

Public Wi-Fi, while convenient, is one of the most dangerous things in the internet world. A public Wi-Fi network connection could be a huge hazard, as hackers may be running it. If you ever see a public Wi-Fi that just doesn’t seem quite right, avoid it like the plague.

If you have to connect to a public network, you’ll want to hide your IP address at least, as that will protect you to some extent.

We rely so much on passwords that it’s ridiculous. Passwords are usually the only things that stand between our online accounts’ safety and people who are aching to get into them. Most people don’t use complex passwords, and a significant amount of them use the same password for almost all accounts.

If one account gets breached, it’s likely that the others will soon follow. That’s why it’s essential to keep your passwords as intricate, complex, and lengthy as possible. Passwords should always be at least 12 characters, and they should contain different letters, numbers, and symbols.

Always see if there are new updates to the software or apps you are using daily, and even those that you aren’t using as much as you used to. An updated app is a safe app, and a secure app means that your data and accounts are safe as well.

Clickbait is one of the most annoying things in the modern digital landscape. Not only is it fraudulent, but it also makes us click the link without even thinking twice about it. YouTubers and bloggers have been using clickbait for a while to attract people to their content, and that’s because clickbait works.

But, once you’ve spent your fair share of time on the internet, you’ll learn how to recognize clickbait – thus allowing you to avoid it. Avoid clickbait at all costs, as it isn’t only annoying – it could be crawling with malware or viruses.

Internet safety is one of the most important things you can invest some time into. There are more hackers, malware, and scams than you might imagine – and the problem isn’t going away by itself.

The best way to invest in your cybersecurity is to be proactive about it and invest in a VPN, proxy, and a good antivirus. Nothing beats education, so you should strive to learn all about the modern threats that internet users face daily.

Three Trends For Remote Work In 2021

Do Gas Stations Sell Batteries? The Answer Might Surprise You

Points To Be Noted Before Trading With Bitcoin