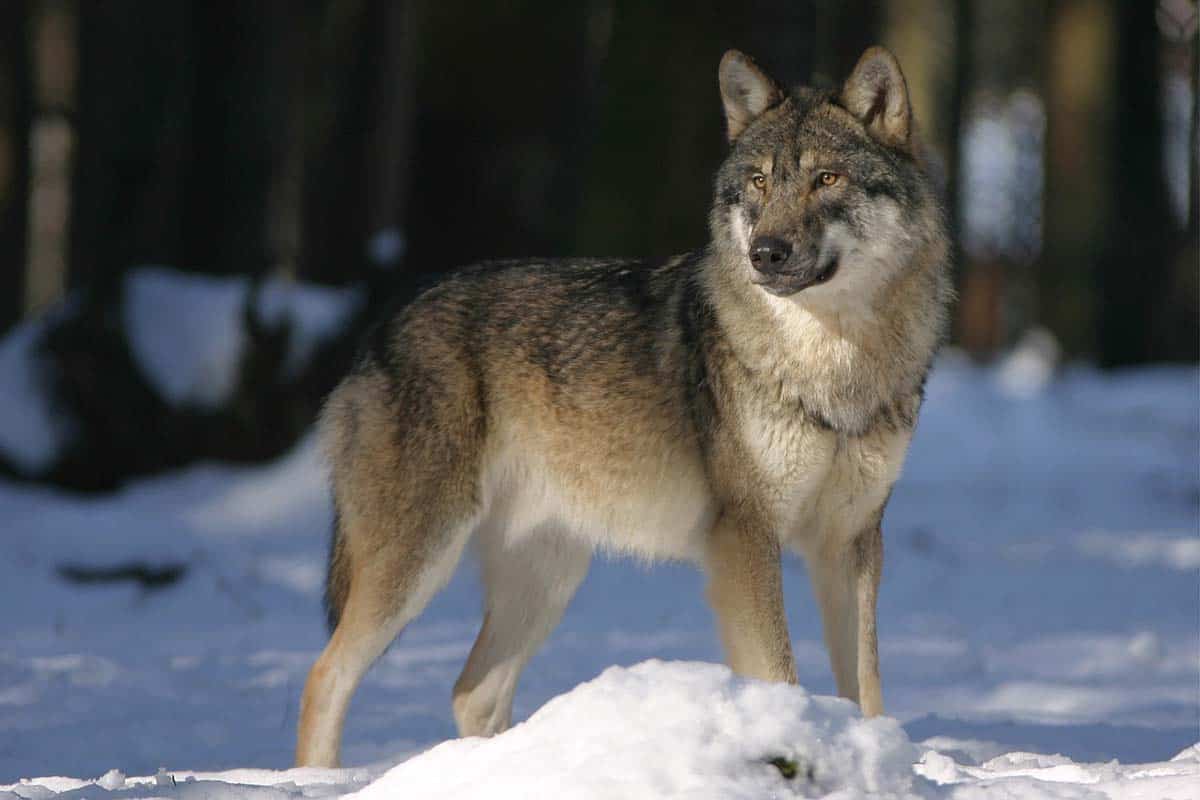 Humans domesticated dogs many years ago. Today, they are our best friends. But the resemblance between dogs and wolves has generated many questions.

Now the question is, are dogs and wolves the same species?

Why Scientists Believe Wolves Are The Ancestor Of Dogs

The reason I love science is how they provide answers to mind-blowing questions. From the origin of the moon to man, scientists have long been providing the solutions we seek.

However, the dog-wolf relationship and split are a bit tricky. Anyone who has interesting in this subject will agree with me that it sure is. It’s a well-known fact that both animals are promiscuous.

But then, species boundary that exists between dog and wolf is complicated. What even made it worse is the claim that dogs were domesticated from a population of wolves. But the species in question are no more in existence.

How And What Made Scientists Think That Dog Is From The Wolf Family? 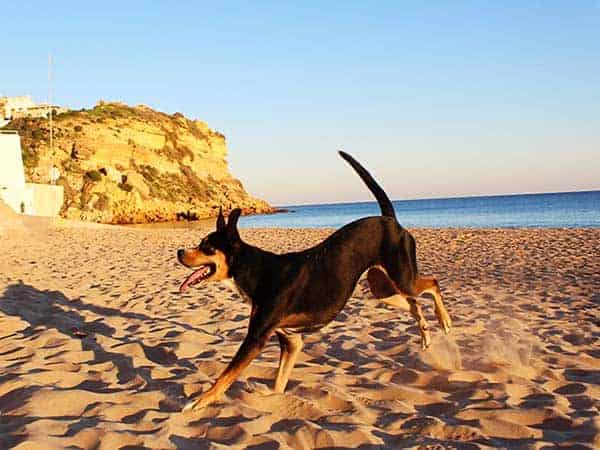 This question is deep. But yes, scientists have been able to ascertain that the dog got separated from wolf many years ago. They claim this took place between 36,900 – 41,500 years ago.

The noble scientist that made this clue available to us is Veeramah. He and his colleagues arrived at that figure (the years that dogs were separated from their ancestor’s, wolves), by a simple calculation based on the rate of canine mutation for some specific periods.

Veeramah and his team compared the DNA taken from ancient specimens. And using modern genetic data, they were able to create something called “molecular clock.”

There is also another school of thought that that disagreed with Veeramah’s findings. They believe that his research isn’t robust enough to provide answers to the ridiculously deep split between wolves and dogs.

Wolves And Dogs: Can Both Animals Mate?

Shockingly, the answer is yes! Dogs and wolves have a deep connection. They are interfertile, and so can breed and produce a healthy offspring.

So bear in mind that wolves can interbreed with dogs, and I mean any dog, except the wild ones. The offspring produced from this kind of relationship can even produce other offspring, at maturity.

Dog Vs. Wolf: Are There Any Differences Between Both Animals?

Dogs and wolves are different in many aspects. The first difference is that both are from different species.

Scientists, as I earlier discussed, have linked dogs to wolves too. They believe dogs broke out from wolves thousands of years ago. Well, we are not going to dwell on this.

Let’s look at the differences that exist between the dog and the wolf if there are any.

If you look carefully at the number of teeth wolves have, you will be surprised to learn that it’s the same with dogs’. Yet, wolves’ teeth tend to be stronger and larger.

Wolves have larger teeth than that of dogs. Their jaw and skull are also a bit larger than dogs’. Of course, they need these features to survive in the wild.

With stronger and larger teeth, jaw, and skull, wolves can crush the bones of their prey with ease.

But I won’t blame dogs for not developing these features. I mean, why would they, when they have only evolved as scavengers? They scavenge human refuse to feed. Some also receive food from their owners without working for it.

Dogs and wolves also have different eyes and faces. The former has larger eyes and larger face. Wolves also have pointed eyes, but dogs have, due to domestication, evolved some floppy ears.

Again, you will also discover that dogs can have short or curly tails, but wolves have long sickle kind of tails.

The feet of wolves also differ from that of dogs. Wolves possess enormous feet. Plus, their side toes are way smaller than their front middle toes.

That’s why you see that wolves can go farther than dogs. With the aid of their toes and longer ankles, they can cover an incredible distance within a second.

Domestic dog pup and wolf are weaned at a period of 8 weeks. But the shocking thing is that the puppies of wolves mature quickly.

Well, the quick maturity that wolves express is highly needed for survival. They live in the wild and have to grow fast to overcome the numerous pressures that come with life in the wild, you know.

But dogs aren’t facing that kind of pressure. We care for them, bath, feed, and protect them from danger from a young age.

Wolves are also brilliant. A study comparing the abilities of wolves and dogs reveals that wolves are smarter. Their pup can solve a puzzle even at a tender age.

Your dog that is 2 years old is still a loyal companion. But things are different from wolves. They only make good companion from 0 to six months. Above that age, handling them becomes difficult.

Interpretation of play is different

Domestic dogs enjoy playing. They consider it as fun and pounce on every opportunity to play with their owners. They need to learn and build their social boundary skills. But they don’t need it as much as wolves do.

Play is critical in the lives of wolves. They develop social and survival skills via play. Dogs only play for fun, while wolves learn to hunt, discipline, and survive in the wild.

The social learning, to wolves, is highly crucial. As they grow older and interact with their peers, it enables them also to communicate more effectively. They respect each other and work together as a team while hunting together.

Dogs can also play and associate with other species, but that can’t happen with wolves. Dogs can play throughout their life. They don’t need to develop unique abilities like wolves.

Dogs are just too emotionally. When you keep them lonely for some time, you find them acting like someone that’s consumed by boredom. Indeed, domesticated dogs cannot survive without humans.

When you ask a dog to sit or perform a specific action, he obeys most of the time. The reason he is obeying your command is to get some reward and keep you happy.

Wolves are different. They are almost impossible to train or control. They believe they can source for their food or whatever they want. So, having a human control them sounds like music to their ears.

Numerous studies on how to train wolves the way humans train dogs have been conducted. And the studies in question have all pointed out that wolves cannot form an attachment to human beings.

So the bottom line is that wolves do not display the same behavior as dogs. There is no iota of a dog’s behavior in them. They are not as emotional as dogs and do not depend on humans for survival.

Looking at the breeding style of dogs will make you question the studies that linked their origin to wolves. Dogs breeds differently from wolves.

While dogs can breed many times yearly, wolves only breed once. The breeding season of wolves is also rigid. For instance, they breed from February to mid-march and give birth around April to May.

The litter size of dogs and wolves also differs. On average, wolves only give birth to four or five pups, while dogs’ litter varies significantly.

Make no mistake; some domestic dogs have a litter size of five to six pups. However, there are a sizable number of breeds out there that have larger litters.

As I said, the dog mother can do this without the help of the father. But wolves are a bit different. They move in a pack, which has the mother and father present. That’s how the ‘wolf pack’ is.

Let’s talk about shyness. Between a dog and a wolf, which do you think is shyer?

I know many people will settle for dogs. But guess what, the wolf is shyer. It is rare for a wolf to attack a human. They will gladly run away on sighting humans.

Domestic dogs don’t have fear or shyness. However, wolves are intelligent and have great strength.

The question is, are dogs and wolves the same species? Well, the answer is no. Both are of different species, but wolves are known as the ancestors of dogs. Scientists have found a way to link dogs to wolves. However, many differences exist between the dog and the wolf, which I also discussed here.

How To Start Your Business In Maine?

How To Get Employed In Bitcoin In Such A Pandemic Situation?

How To Back To School In Style: Your Guide To Making...

Heading To An Outdoor Concert? Here Are A Few Things You...