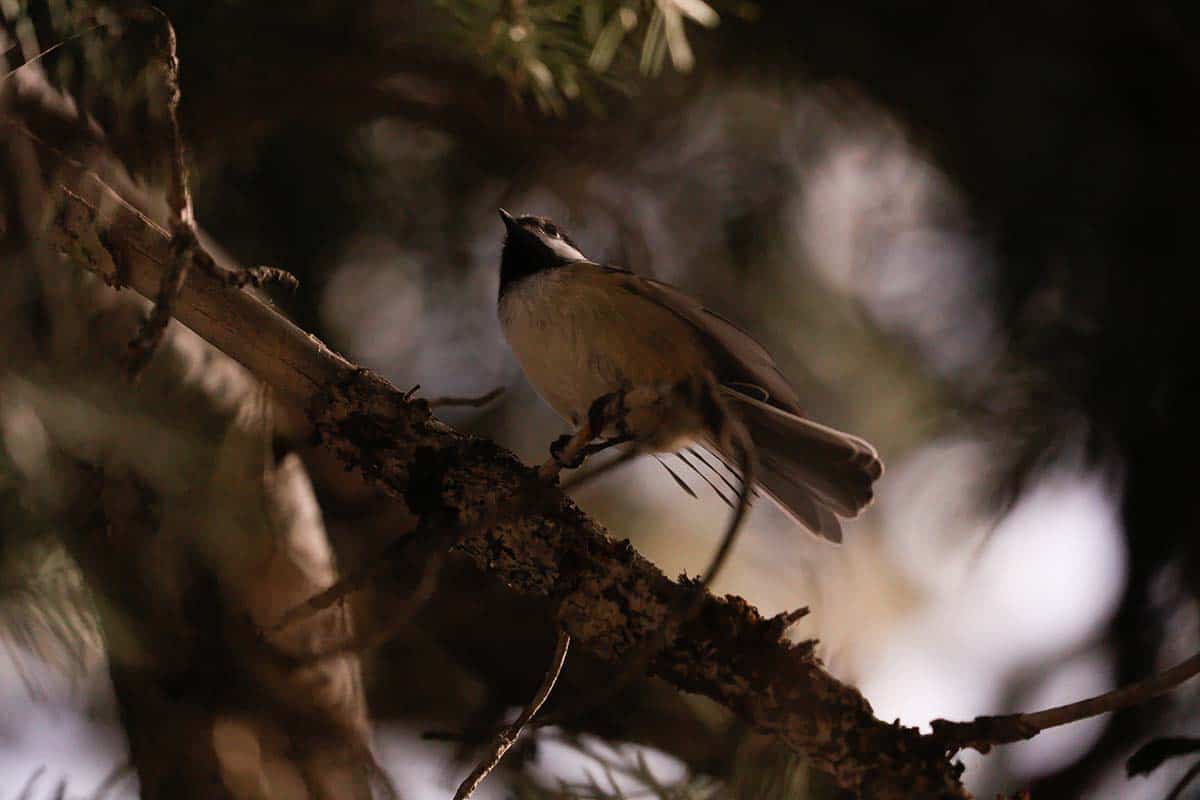 It is a well-known fact that various species of birds vocalize in different ways. This is so normal that many of us do not even pay any attention to them – until it is time to sleep of course. You will notice that some birds are very active with their vocalizations at night. That is if you are observant. But why do birds chirp at night? That is going to be the focus of this piece.

Birds actually chirp at night for a host of reasons. This means there is no single cause of these nocturnal vocalizations. Some birds chirp at night because that is actually their natural habit. They use it as part of communication. Some others do so as a sign of danger. Others chirp to attract potential mates. This is a component of courtship rituals or a way to react whenever disturbed. Then, there are also some other birds that chirp when disoriented.

The sections below shed more light on all the reasons and factors involved. This will let you have a deeper understanding of why birds chirp when the whole city is already in bed.

Reasons Why Birds Chirp At Night

Birds have their own internal clocks. This is the same way with human beings. We have the circadian rhythm that regulates the sleep-wakefulness pattern. As a result, there are some birds that their bodies are more active at night.

Hence, they are nocturnal birds. For such birds, chirping can begin or start immediately the sun sets. It is part of their natural biological rhythm. Also in line with this, there are some birds that only emerge at night to chirp all through. 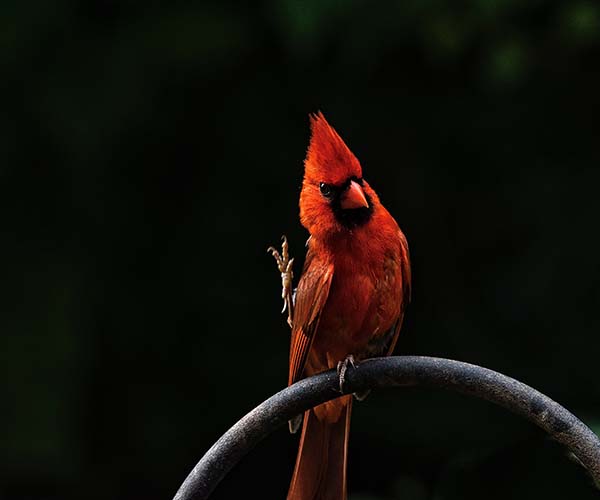 Another reason why birds chirp at night is due to disorientation. We now live in an age where there is a rise in urbanization. Cities are encroaching on areas that are natural habitats of birds.

With increasing urbanization comes light pollution. Sudden influx of bright lights in the area disorients many birds. It also affects their sleep-wake cycles. So, when birds see artificial lights, they think that it is already the beginning of a new day.

Some birds chirp to signify the start of a new day. Those think it is dawn already. So they start chirping even though it is midnight. This is a habit seen very well in birds like thrushes, dunnocks, and robins. Urban lighting is the cause and the birds will be chirping in the middle of the night. When they are actually supposed to be sleeping and having a good rest, they will be chirping.

Not all chirping from birds at night are due to light pollution or even normal behavior. Birds general react to threatening stimuli. So in cases where there is distress or think they are in danger, they will start chirping as a form of raising an alarm.

Such an alarm also serves as a warning signal to other birds in the vicinity. This can happen at night of course. And what that means is that you cannot assume that all chirping at night is a sign of a joyous bird. The chirping can actually be a cry for dear life – it all depends on the nature of the threat whether it is real or not.

Intrusions into their nests or a sudden loud bang like one emanating from gunshots are nasty. They are some of the things that can trigger the birds into a chirping mode. There is an interesting side to this. One bird reacts to the supposed threat by chirping. Then other birds within the same area are also going to start chirping. Thus spoiling the night for you and your family.

Some birds like robins sometimes chirp at night. They often do so when they become startled. Or when disturbed by a sudden flash of bright light. This is a stimulus that is too much for their systems so they tend to react by chirping.

Robins have adapted to being vibrant in dim lights. Exposing them to bright light at night will lead to an outburst of singing from these birds. Other things can disturb birds and make them start chirping at night. These include thunder, explosives and even loud shouts from humans.

Some species of birds chirp at night as a way to communicate with other birds. In other words, chirping by birds at night can also be a form of communication.

Birds Known For Chirping At Night

There are certain species of birds that are very active at night. These are the regular nocturnal chirpers. The following are examples of such birds that can become a terror for you when it is bedtime: 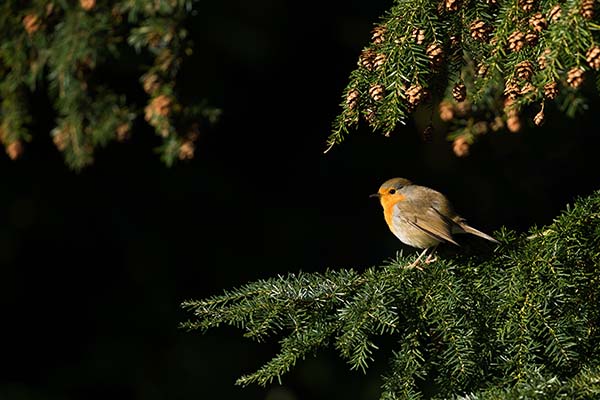 This is a major candidate for nocturnal chirping. Robins are diurnal birds meaning they are active by day. But, they are some of the birds that artificial lighting at night affects. As a result, it is not strange to have robins disturbing your sleep with their chirping.

The cardinal is always on the search for potential mates. So it will not allow you to have a peaceful night rest with non-stop chirping.

Here is one of the noisiest of the nocturnal chirpers. One thing with the whip-poor-wills is that they can sing for longer periods. Other birds usually give out short intermittent bursts. If you happen to live near a colony of whip-poor-wills, you can be sure you will not be sleeping well anytime soon.

This is one bird that has managed to get a notorious label. It is one of the longest and loudest night chirpers in the bird kingdom.

Of all the birds that chirp at night, this is the one that most people are familiar with. This is as far as chirping at night is the issue of discussion. Mockingbirds are plentiful in urban areas that are well-populated. This accounts for why many are familiar with them. They have different forms of their chirping which can be shrills or full songs.

If you live in an urban area, you may find it difficult to sleep at night. This is because of birds singing all night long. That happens when you have some mockingbirds as your neighbors. Mockingbirds are all over the United States and Mexico. They are also seen in southern Canada and all across the Caribbean.

Apart from the ones listed above, there are more. Other birds known for chirping at night include nightingales. The yellow-breasted chat and the hermit thrush are more examples.

Effects Of Birds Chirping At Night

Birds chirping at night can sound like a cute thing. But the reality is that there are real-life effects to these avian activities. Here are some of the effects or applications of the nocturnal chirping:

Ornithologists are able to track the behavior of birds at night by monitoring. The results that they get from these studies are helpful. These give a very good idea. This is about health status, population, feeding patterns, behavior and other things. Bird watchers are also able to learn more about these fantastic singers. All they need to do is to pay attention to their chirping activities.

Another effect of birds chirping at night is not that positive like the first one though. Residents in areas where there are a lot of nocturnal birds often complain. They are either unable to sleep. Or they have their sleep cycles interrupted by the birds who carry on chirping to no end.

Interesting Things About Chirping Of Birds At Night

Birds do not chirp at night in a monotonous manner. In most cases, what these birds do is to do the chirping using different notes, tones, and sequences. A mockingbird is the master of this type of vocal dexterity.

Some birds chirp for a few minutes and rest. There are some other birds that have the incredible stamina to chirp all night until dawn.

Not All Chirpings Are Melodious

It is understandable that most people think well of bird chirping. They think it is always sweet-sounding, nice and melodious. This is true with many species. But there are also some other birds whose chirpings are stuff right out of horror movies.

How Many Deaths Are Caused By Accidents? Maybe More Than You Think