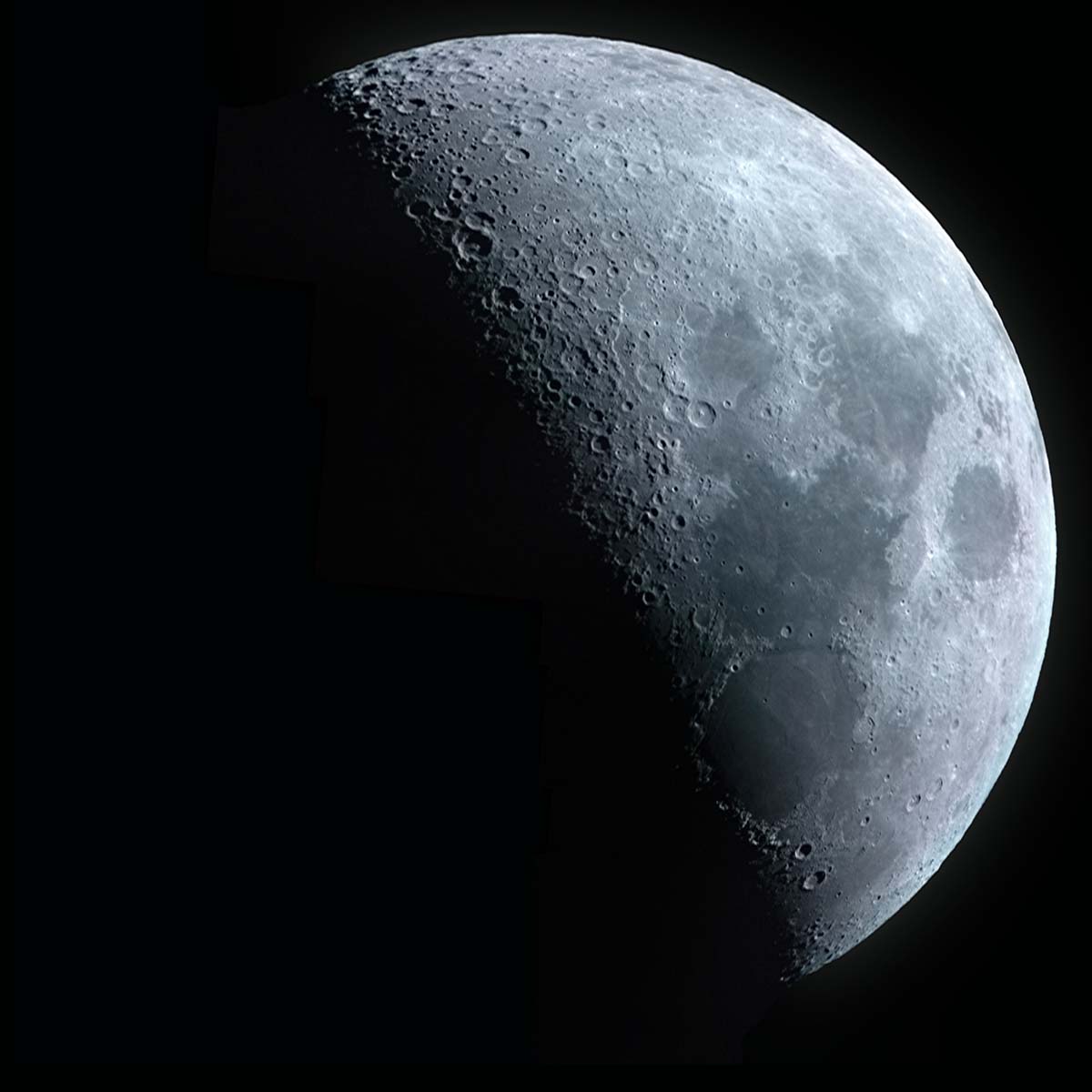 Questions like “does the moon rotate on its axis” fascinates me. In fall last year, I thought about this and decided to embark on some in-depth research to figure out the answer. What made me develop interest was the ideology that; if the moon does rotate, then how come we on planet earth don’t get to see the appearance of the moon surface change?

Does the moon rotate on its axis?

The answer is yes; the moon does rotate on its axis. It orbits planet earth every 27.322 days. Our dear moon also takes 27 days to rotate once on its axis. So, if you are viewing it from the earth, you will think it doesn’t spin (synchronous rotation), that’s the name scientists calls it. You should also know that the moon has two sides. One is called the near side (facing our planet, earth) and the second one is the far side, which many regards as the moon’s dark side.

Conducting research or reading about the moon always gets me excited because there are a lot of things one needs to understand. So, I didn’t just end my research after figuring out that the moon rotates on its axis. Read to get other information that I figured out.

How Was The Earth’s Moon Formed?

The existence of the moon, a vital addition to our planet is a mystery. And make no mistake; I am one of those who find the formation of the moon to be a big mystery.

But my curiosity didn’t let me keep mum about the issue. That’s why I embarked on this research anyway.

The sun started the whole process. Without it, we would not have had anything called the moon. After the sun spun to light, it was believed that the solar system’s planets began to take shape. The start of something new!

But the earth’s moon wasn’t formed immediately. According to scientists, it had to wait for another whopping hundred million years for it to come into existence.

Science has explanations for almost everything that seem mysterious to humankind, and the formation of the moon is one of them. Three theories throw more light on how this fantastic satellite called the moon came to being.

Here are the theories that explain the formation of the moon:

Now allow me to explain briefly what each of these theories says regarding the creation of the moon. I am sure you will be fascinated after reading them.

Scientists think that our planet earth was formed as a result of leftover gas and dust that was orbiting the young sun. That’s how other planets came to being.

However, the Giant Impact Hypothesis theory also supports the same claim about the moon. It suggests that the moon was formed when specific object smashed into early earth.

NASA also suggests that the collision between the said object and the early planet generated a form of energy that was 100 million times bigger than that which wiped out the dinosaurs from the face of the earth.

However, this Mars-sized object is called Theia.

This theory proposes that moons may probably be formed at the same time and manner in which their main planet was formed. However, the main factor that made this possible, according to this theory is gravity.

Gravity is credited to have brought particles together to form our darling planet, earth. So it is believed that the same gravitational force made it possible for materials to come together to form the moon in the young solar system.

But come to think of it, won’t such moon have the same composition (elements) as its parent planet? I am just saying my mind.

Anyway, you will find that our planet, earth and the moon share similar materials.

But here is the surprising thing:

With regards to density, the moon has less density than earth. But if both were formed by the same heavy elements as claimed, this wouldn’t have been the case.

The last but not the least theory on the formation of the moon is the capture theory. It is one of the most debated and controversial theories of the three. In fact, in the 1980s, this theory fell out of favor.

This theory suggests that a rocky body which was formed in a different place in the solar system could have been drawn and eventually started orbiting around planet earth.

However, this theory gave some useful insight into the composition of the moon and the earth. But there are still many unanswered questions with regards to this theory.

One of them is that an orbiter is supposed to be oddly shaped. And this is contrary to the spherical moon.

The Best Theory For The Formation Of The Moon

Seriously, I would pick the giant impact hypothesis any day and any time over the others (the co-formation and capture theory).

But let me be honest, the co-formation and capture theory did provide in-depth explanation on how the moon was created. But they did not answer many critical questions, making them far from the truth.

The giant impact hypothesis touched on a larger area and answered many of the critical questions with regards to the formation of the earth’s moon. So it’s my favorite and regarded by scientists as one of the best to learn about the creation of our darling moon.

How Big Is The Earth’s Moon?

Looking at the moon at night excites me. It’s incredible how this celestial body illuminates planet earth at night hour. The light might not be that bright enough to find a missing needle, but it is still quite useful.

However, the earth’s moon is the closet celestial body. That is why it appears a bit larger than many of us assume.

But here is something you need to know.

The moon is 27% the size of planet earth. It also stands as the fifth largest in the solar system.

The moon’s equatorial circumference is 10,917 kilometers, the diameter is 3,475, and the main radius is 1,737.5 kilometers. The surface area is 38 million square kilometers.

Another fact is that the earth weighs 81 times more than the moon. The mass of the moon is also 1.2% of that of planet earth.

The gravitational force of the moon is also 16.6% of the gravity of planet earth.

The moon is also not only one closet astronomical body. It also stands as the longest ever studied celestial object too.

The moon orbits planet earth at a speed of 3,683 kilometers per hour. And during this period, it travels a total distance of 2,290,000 kilometers.

Why The Orbiting Of The Moon Is Not A Perfect Circle

This question also fascinates me. I mean, why is it that the orbit of the moon as we know it isn’t a perfect circle.

Well, here is the simple answer.

The reason this doesn’t happen is that there are diverse gravitational or tidal forces at play. These forces are pulling on the earth’s moon.

Another thing you should know is that the gravity of the sun, the planets of the solar system, including the earth, has a massive impact on the orbiting of our moon.

The Reason The Moon Appears Bright Than Usual Sometimes

This discovery about the moon is another fascinating one. Growing up, I use to think about this all the time. How come the moon was brighter today than yesterday and the other days? I noticed this happens once in many days.

Now, here is what I figured out:

Have you heard about the term called “super moon.” That’s the best way to explain what happened during this period the moon is brightest.

The super moon refers to a condition where the moon is within 90% of its closet distance from planet earth. Astronomers refer to this term as the perigee-syzygy moon.

The perigee refers to the condition where the moon is closet to our planet, earth. Now, when a perigee coincides with a full moon, the result is a super moon. That’s what happens.

And concerning size, the super moon is 30 per cent brighter and 14 per cent bigger than it usually was.

But this super moon does not occur every time, so take note of that. It happens once in every 414 days, according to astronomers.

Do Humans Need The Moon?

Have you ever thought of life on planet earth without a moon? Well, I have many times, and the answer scares me. The moon is special to our existence. It also makes our dear planet livable.

The moon is known to orchestrate the tides. Its gravitational force is what pulls on water in the ocean, thus forming high tides. It also dictates many things on planet eath. This includes the length of each day, the stability of our world and the rhythms of the seasons. Now

you can see how important the moon is to humanity and our darling planet.

Now looking at the various roles earth’s moon plays, do you think humankind can survive on planet earth without a moon? I guess not!

Does the moon rotate on its axis? Again, the answer is yes. I have provided a detailed explanation of how this happens at the beginning of this post. I hope you read and have understood how this happens. The moon is one of the astronomical bodies that scientists have been studying for years. The moon is vital to us all. It makes our planet livable and ensures a stable climate.

Is The Earth Getting Closer To The Sun?

How To Change Light Bulb In Ceiling Fan: Ultimate Guide

How To Get Hair Dye Out Of Shower: The Step By Step Guide