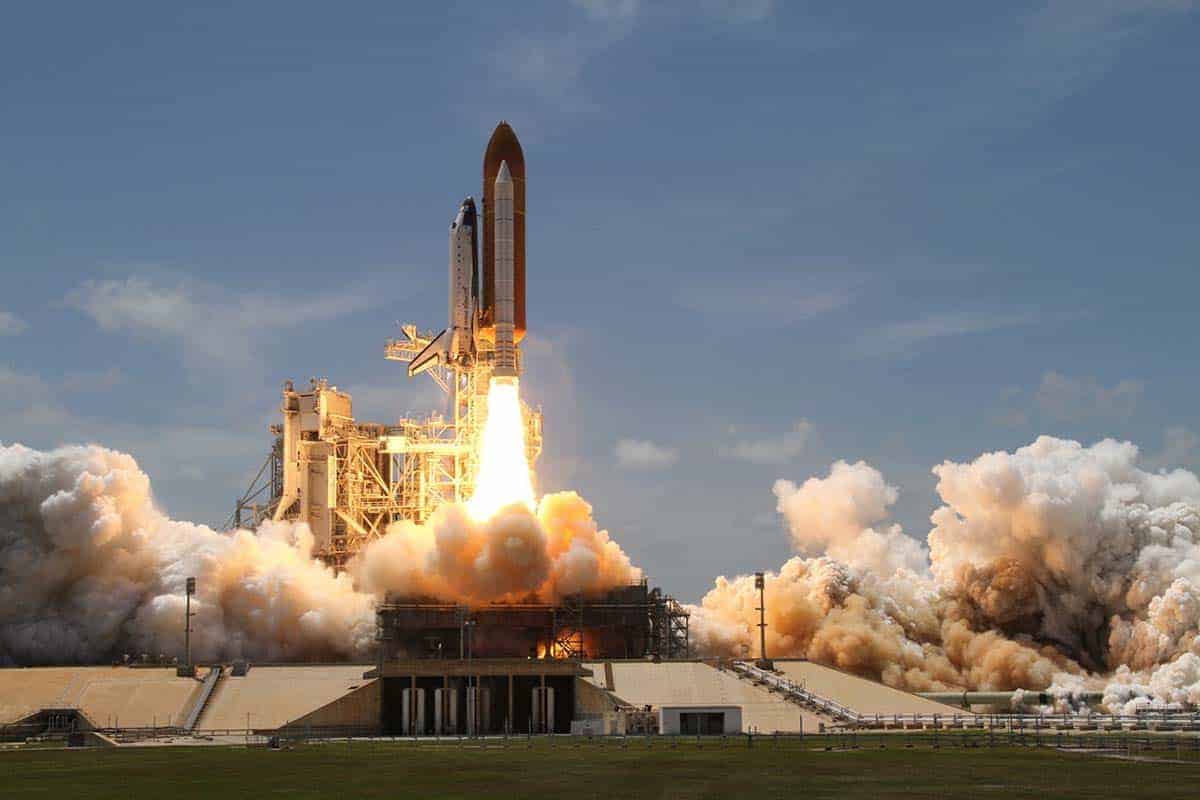 It is easy for people to get confused about SpaceX VS NASA. The simple reason is that both establishments have the same interest. But there are still some differences that exist between them.

What could the difference between SpaceX Vs. NASA be? Well, SpaceX is a privately owned company founded by Elon Musk, the highly revered private space entrepreneur. NASA, on the other hand, is a government-owned and funded organization. But they are equally SpaceX’s biggest customers. Space launch services have long been the only source of revenue for SpaceX. And the company launches both commercial and military satellites for its clients.

So, that’s the difference between SpaceX and NASA. But there is still more information about these two unique companies you need to know. So, continue reading!

SpaceX VS NASA: Which Is More Superior?

When it comes to space travel, the two names that hit the news now and then are NASA and SpaceX. And like I said earlier, the latter is privately owned by Elon Musk. The company started from scratch, and today is one of the few startups that smile to the bank.

Now talking about superiority, it is safe to say that both companies are superior. The large fund that SpaceX receives from the US government for various projects is helping the company to position itself as a leader in the space launch business.

However, NASA does not only have the resources to back significant projects which involve space travels. The organization also has the technical capabilities to help SpaceX or other space travel companies to achieve their space travel mission.

But let’s not jump to the conclusion that NASA is more superior than SpaceX because the latter has the capabilities to deliver some surprises too.

Can SpaceX Do Without NASA?

Let me be honest; Elon Musk has done incredibly well for himself. He and his crew have been able to transform SpaceX (Space Exploration technologies) from nothing to something.

Well, when I say nothing, it doesn’t literarily mean that he started without money. Before Elon Musk launched SpaceX, he had other companies. One of them is PayPal, an online payment service company, which he sold for $1.5 billion and went on to establish SpaceX with the proceeds.

However, the incredible thing about Elon Musk’s SpaceX is that the company was founded with his own money. But as business continued to grow, Elon’s experience and vision caught the eyes of prominent organizations like NASA.

SpaceX also had a track record that impressed NASA. That also made the organization to award it money for the development of Dragon spacecraft used for cargo runs to the ISS (International Space Station).

Dragon attracted numerous rounds of funding from NASA. It also holds the record of the first docking made by a private spaceship with the ISS in 2012.

The good news for the privately-owned company is that their Dragon spacecraft is still onboard. It also engages in regular cargo shipment to the International Space Station.

Now I would like to say without a doubt that SpaceX has made a tremendous amount of profit since inception. But they still need the financial and technical backing of NASA.

Elon Musk’s dream is to colonize Mars. So if he is ever going to make that dream a reality, then he would need all the help he can get from NASA.

What New Project Are NASA And SpaceX Working On?

It should be clear at this stage that NASA is currently the biggest customer that SpaceX has. And yes, good things have come out of the relationship between the two parties.

SpaceX has embarked on several spaceship building projects. And their focus has always been to colonize Mars. The company’s Dragon spacecraft was a success. But the good news is that they are working on something bigger.

The company is building a human-rated version of the flagship Dragon spacecraft. But this time, this new spaceship will be regarded as “Crew Dragon, which is quite a fantastic name.

This spaceship is designed to transport astronauts straight to the orbiting complex. It’s also poised to begin full operation between 2019 or the year 2020.

The first spacecraft, the Dragon spacecraft was designed for shipping cargo to the ISS. But the Crew Dragon will function differently. The company’s founder, Elon Musk, also has a vision of transporting space tourists in the nearest future, not just astronauts.

However, the Crew Dragon, like the Dragon Spacecraft, also received financial support from NASA. And it’s evident that if successful, this new spacecraft will open up many opportunities.

Is SpaceX Making A Profit From Their Business? 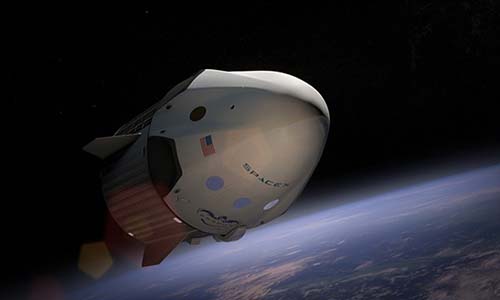 The space launch business requires a huge capital investment. That, in addition to the technical requirements, is the reason only a handful of private companies are running the business.

And when Elon Musk started, he had competition from other companies. But his business model and series of successful launches helped him to build a solid reputation in the sector.

Also, SpaceX offers a competitive price compared to what other competitors offer. But even at that, the company still makes a profit from the business.

How NASA Is Helping Our Environment

Whenever the name “NASA” pops up, the thought people have is regarding space travel. The organization has done incredibly well in that regard. At least, they give other private space launch companies a chance to bring their ideas to reality.

But the company doesn’t just support space travel. It has also made a significant contribution to other areas. NASA is helping our environment become better, more than most of us think.

So here, we will look at several projects and activities the company is involved in that are positively helping our environment.

Quality air is essential for healthy living. If you move to areas where air pollution is high, you will notice that a large number of people living in such places are unhealthy.

However, hydrocarbons and other pollutants such as sulfur oxide, carbon monoxide, and particulate matter have long been affecting human beings, crops, and even sea animals.

The issue of air pollution has forced many health organizations to embark on projects that will make things better. And one of such organizations changing things with the introduction of new technology is NASA.

NASA is making use of observational technology, which is a high-tech observation system. The tech helps to tracks and can also provide useful information for a better understanding of the earth’s air quality.

This observational tech from NASA is called the HSRL (High Spectral Resolution Lidar). The organization, in conjunction with EPA (Environmental Protection Agency), is using this high technology to conduct a study.

The study is to measure smoke aerosols produced during a wildfire. The study will help both organizations to understand how wildfire affects air quality and steps that can be taken to keep the air clean.

Eco-concerns are giving governments and health bodies across the world sleepless nights. Issues of global warning keep on appearing on the front pages of newspapers across the globe.

Citizens have started to feel concerned about issues surrounding global warming. And like many scientific bodies, NASA has stepped in to provide a helping hand. The organization is fueling climate-change study by using sophisticated devices as always.

One of those technologies is the airborne radar devices, which are testing devices. They are being deployed in a space-based radar system to study the flow of glaciers, among others.

The findings from this project will help scientists to answer some of the mind-bugling questions about the issue of global warming. It will also help scientists to understand what may happen to the ice masses of the world in the future.

NASA is leading this project, and that’s good news for those who have been calling for urgent intervention. The organization does have the technical ability to make things happen. But we can only hope for the best.

We will all agree that fossil fuels aren’t doing the world any good. They fill the atmosphere with harmful greenhouse gases that are serving as the primary cause of global warming.

So, the focus is to develop clean-energy that will replace fossil fuels. This clean energy will help to make our atmosphere cleaner and safe for all living things.

NASA has already set the standards high. The organization’s space shuttle makes use of clean-burning hydrogen fuel. The organization wants to use this fuel for all earth-bound technologies, which is a wise step.

Impressively, the NASA scientists have made an exciting discovery and are working on several other related projects. They have developed means of getting clean-energy from algae.

So now, it is clear to you what the differences between SpaceX Vs. NASA is. One of them is that SpaceX is a privately owned company founded by Elon Musk. The company offers space launch services. NASA, on the other hand, is an organization controlled by the US government. NASA is also the biggest customer SpaceX has had.

6 Common Reasons Intermittent Fasting (IF) is Not Working for You

How Long Does It Take To Ship From China To The US?