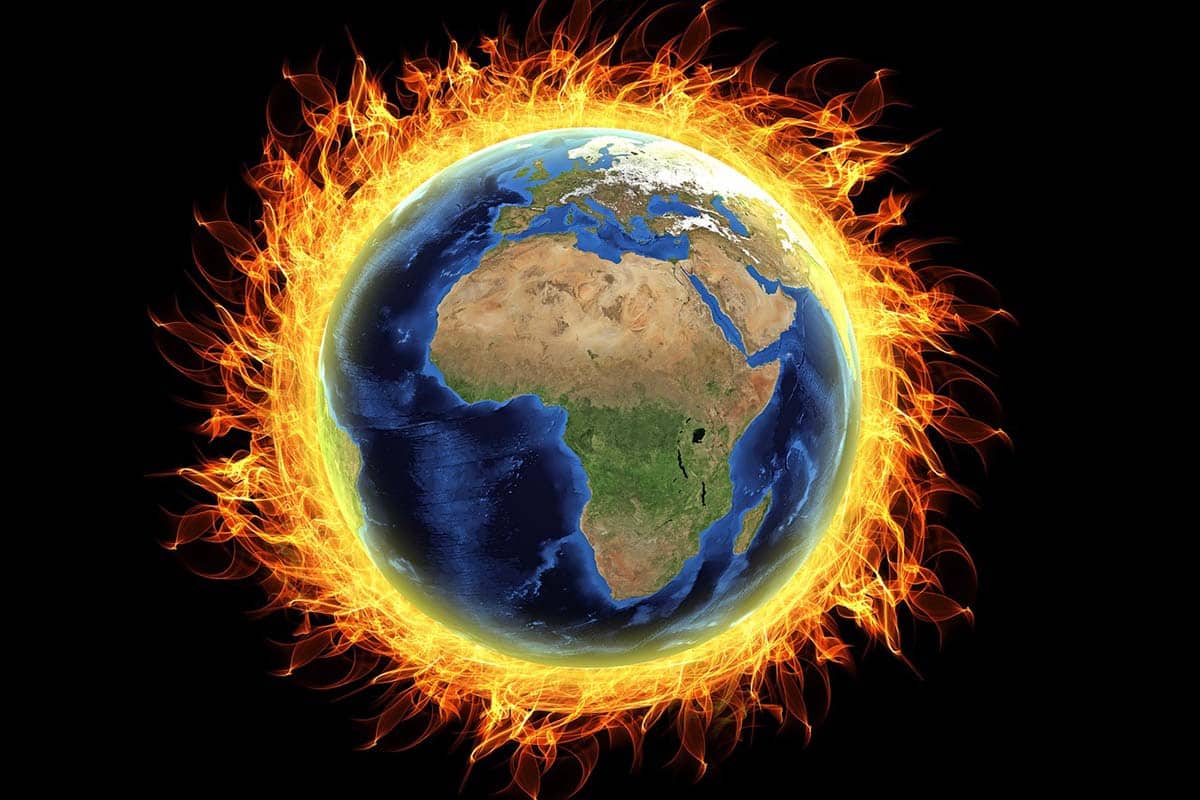 Have you ever bothered to ask questions like, “what are the ecological implications of global warming?” We hear about global warming now and then, and the devastating effect it can have. Yet, we have done little or nothing to address this situation. The truth is global warming is real. And we humans are to blame for it. The only good thing is we can help our planet heal.

However, here is a quick answer to the ecological implications of global warming. Global warming, also called “climate change,” has brought about alterations of earth’s ecological systems. And the changes in question have resulted in a massive environmental hazard to humans. These include extreme temperatures, loss of biodiversity, increased incidence of wildfire, depletion of the ozone layer. Our marine ecosystem is also in danger owing to climate change. It is causing the ocean to be more acidic. Plus there’s an increase in sea levels.

So these are some of the ecological implication of global warming. I also took out time to talk about other things regarding global warming. Continue reading to know more!

What Is The Meaning Of Global Warming?

Before I proceed, I will like you to know that global warming is the same thing as climate change. Scientists prefer to use the latter to better describe the complex shift in planet earth’s weather and climatic systems.

Now, seriously, our dear planet is heating up. The average temperature has risen massively. The land and ocean had become warmer than they were when record-keeping started in 1880.

But the most disturbing fact is that temperatures are still on the rise. And one would expect a reduction because we now have a better understanding of the threats, which hasn’t happened.

Anyway, the temperature rise is a significant issue. It’s what is known as global warming.

Understanding Factors Causing Global Warming: How Are Humans Placing The Planet In Danger?

We keep on talking about global warming and the dangers it poses. We forget that we are the major causes. Yes, humans are directly making the planet inhabitable, not aliens. So, the earlier we do something about this, the better.

Our activities which comprise of land-use changes, burning of fossil fuel, deforestation, among others, are contributing to climate change.

The main factor driving global warming is the burning of fossil fuels. The thing is these hydrocarbons warm the planet earth through the process called the greenhouse effect. And this happens via the interaction that occurs between incoming radiation produced by the sun and the earth’s atmosphere.

The physics surrounding the term called “greenhouse effect” was discovered hundreds of years ago by a Swedish scientist named Svante Arrhenius. He explained that our planet is continually being hit by solar radiation, which bounces back to the atmosphere as heat.

But the atmosphere comprises of gases which traps heat, in a bid to prevent it from returning into outer space. However, Arrhenius also made a significant discovery about greenhouse gas, CO2. He discovered the gas could trap heat close to the surface of the earth. Plus, a little change in the volume of the said gas can make a massive difference in how heat was trapped.

Before I progress, let me state the various greenhouse gases. They include carbon dioxide, nitrous oxide, methane, and ozone. These are the greenhouse gases that are causing global warming.

But carbon dioxide is the mother of all greenhouse gas. In other words, it’s the most prevalent greenhouse gas present in the atmosphere at high levels.

The record of carbon dioxide (CO2) kept about 800,000 years ago, and before the Industrial Revolution took place, shows that the volume of CO2 has increased massively today. Then, it was approximately 280 parts per million. Today, it is about 400 parts per million.

Now, remember that Svante Arrhenius spoke about upsetting the balance of carbon dioxide in the atmosphere. But we are still not doing anything about it.

Since the industrial revolution began, humans have been contributing, in several ways, to the imbalance of the gases present in the atmosphere. We continue to burn fossil fuels (coal and oil) for our benefits without minding the negative impact it can have on our dear planet.

Increased Levels Of Carbon Dioxide As A Cause Of Global Warming: How Can It Be Detected?

Like every other gas present in the atmosphere, carbon dioxide (CO2) cannot be seen with the naked eyes. The only way scientists can detect if there is an increased amount of this gas is via the use of a sophisticated instrument.

However, many things about carbon dioxide have been figured out through the use of high-accuracy instrumental measurements. And the reading from the instrument shows that the gas is increasing massively, in the atmosphere.

How Does Carbon Dioxide Get Into The Atmosphere? 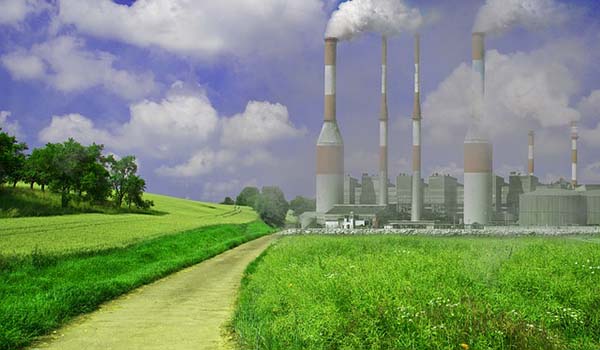 I earlier mentioned that carbon dioxide is released via the burning of fossil fuels. However, there are numerous routes through which the gas enters the atmosphere.

But then, the burning or combustion of fossil fuels is by far the major contributor to carbon dioxide. In fact, in 2015, there was a report that CO2 made up 82 percent of the total greenhouse gases in the United States of America. A massive figure, you may say.

Other means through which CO2 enters into the atmosphere include non-energy use fuels, steel and iron manufacturing, waste incineration, and cement production. These, according to the report from EPA, increased the total annual value of CO2 in the United States of America.

Global Warming And The Rise Of Carbon Dioxide: Why Is There An Increase In CO2?

Whenever the word “global warming” is mentioned, people quickly turn to carbon dioxide (CO2). The reason is because of the role the gas plays in contributing to climate change (global warming).

But here is the thing; our quest to build roads, houses, hospitals, schools, and industries is making us do things we shouldn’t be doing. We fell hundreds of trees daily, forgetting that they play an essential role in getting excess CO2 off the atmosphere.

The ugly truth is that deforestation, which involves the felling of trees, is the second most significant factor causing excess carbon dioxide in the atmosphere.

How Deforestation Contributes To Global Warming

Do you know that deforestation alone is responsible for a whopping 10 percent global warming emission? You can see that this activity of man isn’t helping the fight to slow down or stop global warming.

Tropical forest trees, such as green plants, all make use of carbon dioxide. Unlike humans, trees take in carbon dioxide and release oxygen during the process called photosynthesis.

But when these plants are cut down by humans, burnt or allowed to rot, they release their stored carbon into the atmosphere.

That said deforestation should never be encouraged. Though it may not completely stop global warming, it can contribute uniquely. It will have much impact in the fight to save our planet from the devastating effect of global warming.

Impact Of Global Warming: Documented Effects That Show That Climate Change Is Real And Happening 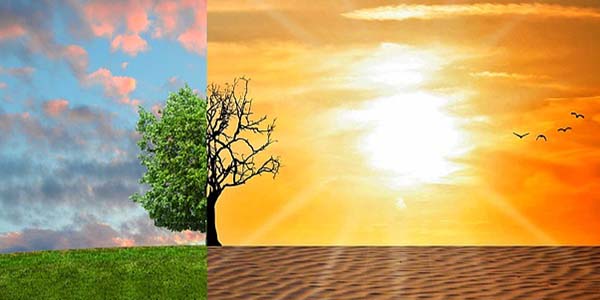 Do you belong to the category of people who don’t believe in climate change? If you do, you better change your mind right from this moment. There is well-documented evidence that shows that climate change is real. Let’s take a look at some of the occurrences.

I hope you have found the answer to the question, “what are the ecological implications of global warming?” I provided a short explanation at the beginning. So you can re-read it to get the answer you seek. But the summary of it is that the implication can be devastating. If nothing is done to arrest the situation, things can become worst in the nearest future. The truth is we can stop or slow down global warming by taking the right steps. One of the ways is to seek cleaner energy instead of fossil fuels. Other human-induced activities that are promoting global warming should also be stopped. And a good example is deforestation. Instead, let’s make an effort to plant more trees.

Does Everyone Have Cancer Cells?