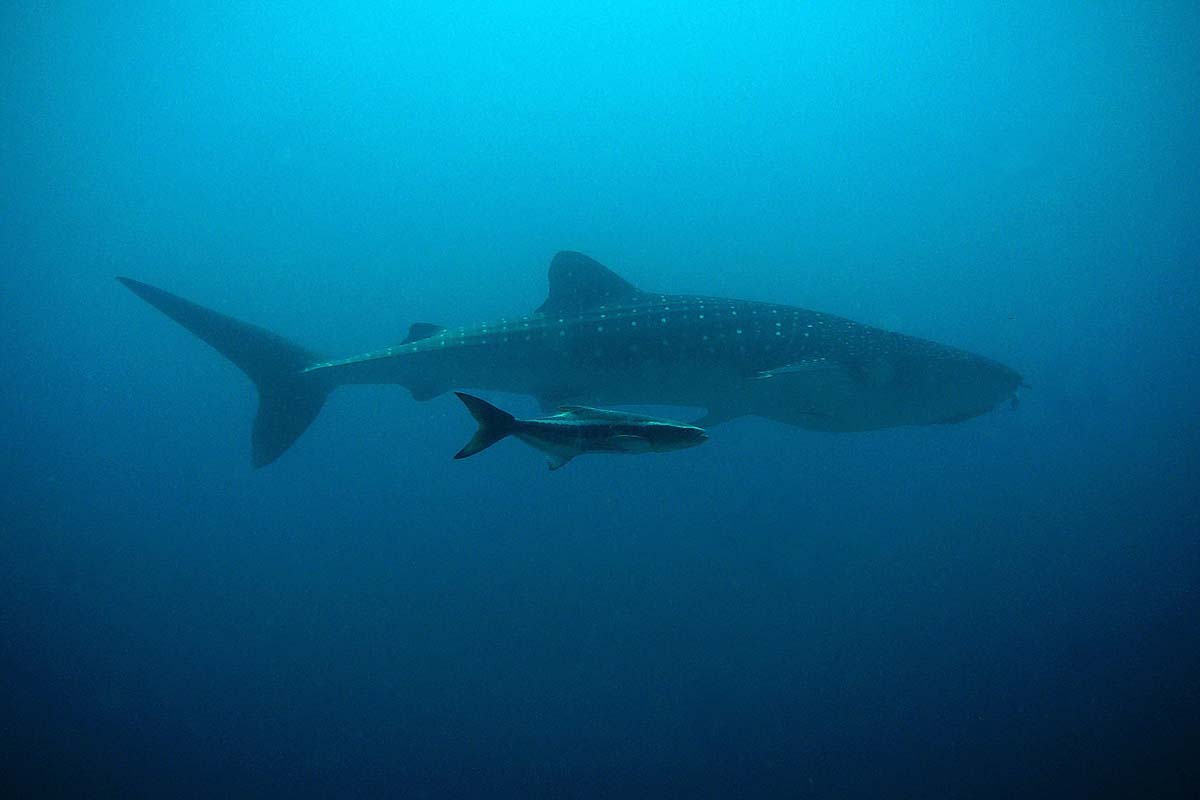 The ocean is one vast home to so many organisms and exciting creatures. There is no body of water on the planet that is not teeming with life. There is so much diversity in the waters of the world. For this reason, there are some water-dwelling animals that are quite similar. These similarities are the reason why it is easy to confuse them together. In this category are the whale shark and the blue whale.

But what are the differences between the whale shark and the blue whale?

There are also some other areas of differences between whale sharks and blue whales. These differences are in the following sections.

When it comes to comparison between whale sharks and blue whales, size is one of the most important parameters. Of all the mammals that exist, the blue whale is the largest. In fact, an adult blue whale can weigh as much as 300,000 pounds. Now, that is more than hefty. Apart from the sheer size, the blue whale is also very long. The length can reach up to one hundred feet. Female blue whales are often bigger than their male counterparts.

On the other side is the whale shark. The difference in size is very clear. Even though the whale shark is the biggest of all fish, its length is a little over 40 feet. And that is for the largest ever whale shark. For weight, a whale shark can clock up to 60,000 pounds.

Make no mistake about it, sharks are fish. That means they can be caught consumed like any other fish. That is what happens in different countries like Japan, China, Norway and South Africa.

But by being a fish, a whale shark is a vertebrate. This means that they have a stiff backbone. It also means that they stretch far back in the line of evolution. They are water-dwelling in nature and have scales all over their bodies.

To get around in the water, they make use of their tails and fins with which they move. They do this movement of their tails in a lateral manner. As for the whales, they move through the water by moving their tails (called flippers). This is done in an upward-downward manner.

But a blue whale is not a fish. Blue whales are also vertebrates. But they are not in the same category as the whale shark and other fish. Instead of scales, whales also have hair on their bodies.

Sharks and other fish are able to derive oxygen from water. They do this by making use of specialized structures called gills. They are perfect for getting the oxygen out of the water.

Blue whales, do not use gills to breathe. Like other mammals, whales make use lungs to breath. While sharks can absorb oxygen from the water, whales cannot do the same thing. This is the reason behind whales having to swim to surface of the water from time to time. This is to allow them get some air to breathe. The air is sucked in via a blowhole. The blowhole is located right on top of the head of the whale. Those who are familiar with wildlife documentaries would have seen this several times.

Another area of difference with the whale shark and the blue whale is in the area of body temperature. Sharks by nature are ectotherms and what this means is that they are cold-blooded. Animals that are cold-blooded have no way of regulating their body temperature on their own. Because of this feature, they have to depend on the changing environmental factors. This is what determines the global range and distribution of sharks.

Sharks are found mainly in warm tropical waters or in temperate waters. Sharks are not predominantly found arctic waters as they are just too cold. On the other hand, whales are endotherms. Endotherms are animals that are warm-blooded. What this means is that on their own, they can regulate and control their body temperature. This is why whales are found in all kinds of waters. They have the innate ability to regulate and control their body temperature in line with changing external factors. Sharks cannot replicate this feat.

Hence, their distribution is more limited. There is one other factor that assists the blue whales in maintaining and controlling body temperature. This is the presence of thick layer of fatty tissue called blubber. This blubber keeps the whales warm and also covers their vital organs for the same reason.

For the sharks, they do not have any layer of blubber that can protect them from the elements. For this reason, staying warm is a bit trickier for the sharks. Their bodies have to adjust to changes in the environment. That explains why sharks often move from one region of the waters to the other as the temperature changes. It is all in a bid to normalize and stabilize the body temperature. All other ectotherms act in a similar manner.

5. Having And Raising The Young

Blue whales become pregnant and carry their young in the uterus. Feeding of whales in the womb is also done via the umbilical cord until the time of delivery. Also, like with other mammals, blue whales often give birth to one young once every in many years. In contrast, a single whale shark can give birth to hundreds of young ones in one single cycle. In fact, whale sharks are so prolific that the can sustain egg hatching all year round. Blue whales are not able to reproduce like this. The blue whales have a very specific mating season. Their pregnancies also last for as long as eighteen months.

When it comes to the raising of the young, there is also another startling difference between whale sharks and blue whales. Even though there are some sharks that lay eggs, there are others that actually give birth. The sharks that give birth do so only after the eggs must have hatched inside their bodies.

Irrespective of how sharks are born, they are often neglected by the parents. To increase the chances of survival for the young, sharks devised a means. They produce few eggs and embryos. This is unlike other types of fish that produce thousands of eggs. The shark embryos are offered further protection with the cases that contain them. They are then buried or kept inside the body of the mother shark. But that is just about it.

Specifically for the whale shark, it carries its eggs on the body. Also, it does not have an umbilical link with the young unlike in the blue whales. The babies of whale sharks also get their nutrients from the egg yolk. This is different from the use of the umbilical cord used in feeding baby blue whales.

Parenting is quite different from the whales. Like with the other mammals, blue whales devote a lot of time and attention to their young. As a matter of fact, the young ones are given milk. One of the defining characteristics of a mammal is the ability to produce milk and use it in feeding the young. The blue whales nurse and feed their young with milk. They do this until the young ones are able to stand on their own.

Whale sharks can get very old. In fact, many whale sharks live for more than a century. But blue whales, on the other hand, live for an average of half a century. Whale sharks have some of the longest life spans of all animals. The difference is very clear.

Firefighters Come Together Against Cancer

7 Reasons To Move To The Suburbs This Year

How Do Spider Veins Occur?

5G Rollout In Maine – When And What Can We Expect?

How To Clean Your K&N Air Filter The Smart Way