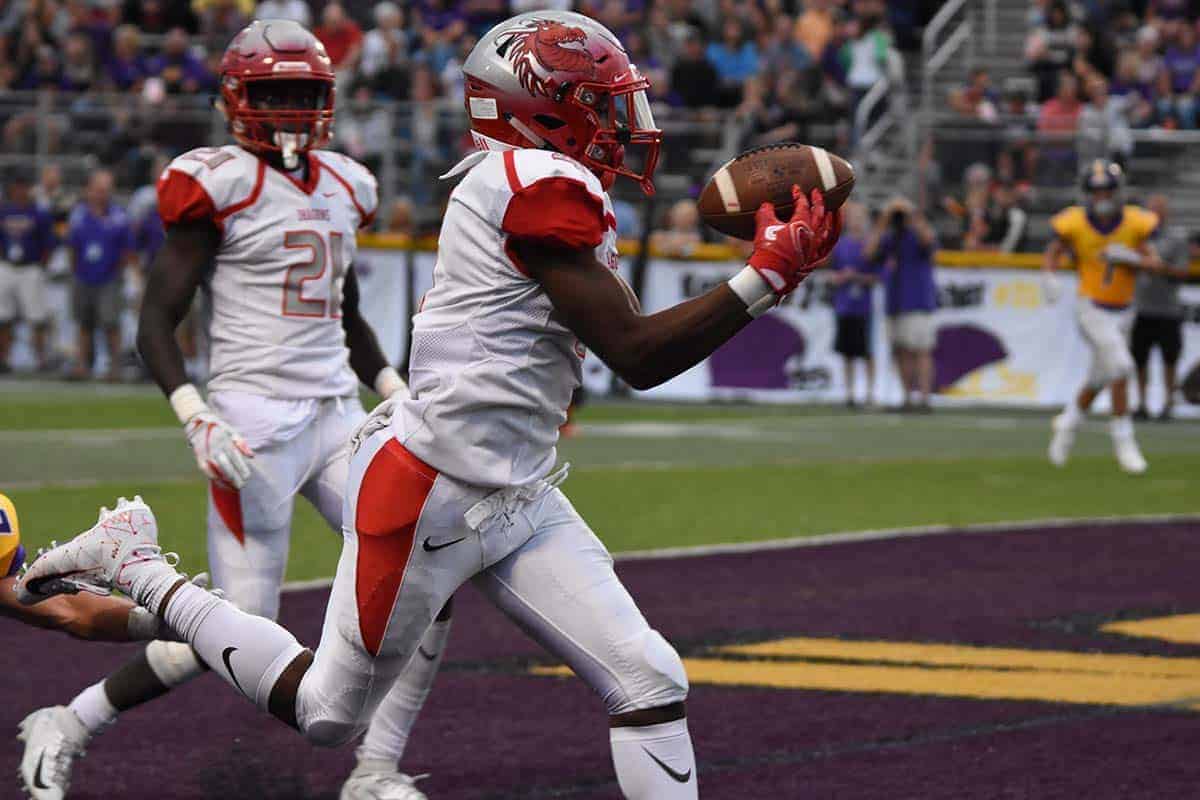 The period between the close of April and the beginning of the training camp at the close of July ought to be a quiet one in the NFL. Players and coaches alike ought to use this period to top up their energy levels within this period while preparing for the hot camping season. However, a few years ago, this season was replaced by the term OTA. This, therefore, makes one ask; what is OTAs in football?

OTA stands for Organized Team Activities. Based on agreements reached, each team in the NFL is permitted to a certain number of OTA’ every offseason. It would interest you to note that OTAs are voluntary which means teams cannot penalize their player for failing to attend. However, in a situation where a team has the autonomy to determine who gets in or not, most of the players usually volunteer their presence. The major exception is players who are negotiating contracts and those who work through free agencies.

OTA’s usually last for nine weeks. Most NFL teams usually schedule theirs between April and June.

How Many Phases Are In The OTA Calendar?

There are three phases in the OTA calendar namely phase one, phase 2 and phase 3.

The initial two weeks of OTA are designed for conditioning and strength. It involves run and weight lifting. Players who are injured are permitted to engage in some activities to ascertain the progress level of their rehabilitation

Within 5 weeks, professional teams are permitted to do football-related activities but not defense vs. offense. What this means is that the offence may engage in all activities as long as they do not have to confront the defense.

During the final four weeks, the teams are allowed to schedule up to two weeks of non-contact practice. Also, the offense and defense are allowed here to face themselves, however, full speed blocking and tackling are not permitted. In addition to this, both defensive and linesmen are allowed to engage on another, however, the intensity and speed must be slow. Also, receivers and defensive backs are permitted to run routes while also defending.

It is worthy of note that during the one-month timeframe, each team is permitted to have mandatory veterans minicamp scheduled. This minicamp usually lasts for about 4 days. The minicamp days are captured in the contract. In this phase there is still no heavy contact allowed, however, drills are allowed to be carried out in pads coupled with some light jostling.

Rookies are permitted to take part in the Rookies minicamp which can last up to seven straight weeks. In this stage, a higher amount of contact is permitted but not at full speed. The essence of this is to allow the rookies to learn the rudiments of the system before the main training camp commences.

What Are The Rules Involved With OTA?

Several rules are guiding OTA’s among which we have already discussed a few. Firstly, during OTA’s the highest time permitted on the field is 2 hours each day. Also, the total amount of time given for each day’s work cannot be more than 6 hours in any capacity.

Furthermore, full padded practices are not allowed, even though Helmets are. Practice pants and shoulder pads are prohibited. In the previous CBA, players were mandated to put on soft shells which were referred to as spiders or skeletons. These help in providing shoulder cushioning which helps in averting injuries that may arise from accidents. However, in today’s NFL, all those are no longer allowed.

In all sincerity, it’s quite difficult to decipher the rules which govern contact during OTA’s especially as it has to do with implementing football moves with the constraints provided by legal verbiage. An instance is a fact that pass-rushing and blocking are no longer permitted in OTA’s, however, on 11-on-11 it is allowed.

An average OTAs day starts with meetings that start as early as 7:30 am each morning. These meetings usually involve the position coaches and have to do with the installation of playbook and film reviews from the previous day’s training.

Due to the limited time allotted for both classroom and field activities, the coaches are compelled to maintain the formation and plays that are essential.  The whole idea is to simply have a comprehensive grasp of the fundamentals of the game before building upon the same.

At the close of each meeting, the players head to the field engage in a 2-hour practice using helmets. This is usually followed by professional drills that come after the warm-ups and stretches. Such drills permit players to carry out functions working with their positional coaches. It is there that they are exposed to certain basics of the job.

At the sound of the whistle when the positional work comes to an end, the defense and offense will then be allowed to converge for the remaining part of the second half. These practices can be different with each team and can be modified based on the rules of the new CBA.

Several organizations are to implement some versions of seven on seven for positioning. What these means are the receivers going up against the secondary and linebackers. Also, the team carries out the nine on seven drills which are designed to upgrade run fits for the blocking and defense angles.

It should be noted that the tempo during these drills is vital because every rule violation is being taken quite serious these days. Having said this, it is only important that one avoids things such as pass-rushing, and blocking even though they are quite unrealistic expectations.

At the close of the team drills, the practice ends with a speech from the manager after which the team goes to freshen up before the commencement of the after practice meetings. During the day, the team is expected to get a lift in. this may involve the rookies lifting before the start of meetings in the morning. The veterans, on the other hand, have the option of early morning sessions and post-practice lifts.

Usually, the meetings that come after practice are more fun because the major obstacles of the day must have been removed. The major chunk of the meeting involves reviewing the day’s practice before everyone is dispatched to go home.

One thing that is quite common among the young guys testing the NFL waters for the first time is a Rookie shock. The reason for this is that it is usually their first time standing face to face with the veterans while experiencing firsthand what is required of them to succeed in the league.

The veterans usually come into it with experience and well-polished skills which the younger ones will always struggle to catch up with. As soon as the sessions begin, the game moves pretty quickly as they struggle to make the training a part of them. In such a scenario, it is not uncommon for them to experience system overload.  This is usually evidential in the number of errors and uncertainty which characterizes their game.

Also, even though the veterans may be around during training, it still does not give the rookies a firsthand experience of what the NFL is like. However, that does not mean that they do not get a feel of the intensity, speed, and size which characterizes players in the NFL.

Having understood what OTA’s is in football, it is important to also note what players and teams hope to achieve in OTA. Firstly, every team hopes to remain strong and healthy before the season commences, which means that injuries aren’t always wanted. In addition to staying healthy, the veterans use OTA as an opportunity to remind themselves of the fundamentals f  the game even as they seek to improve their conditions. It also serves as a platform for intra-team bonding, especially between the rookies and veterans.

Furthermore, the coaches see it as yet another golden opportunity to get on the field and tutor their players about the fundamentals.  OTA’s allow professionals to know what a normal workday feels like when they could go home by 3 pm to their families.

In summary, the period between May and June is one time where the players get to learn, earn and rest. This surely is enough motivation before the commencement of the rigors associated with the NFL season. Without a doubt, the OTA’s do not look like coming to an end anytime soon!

Mars Bar VS Milky Way: What Is The Difference?