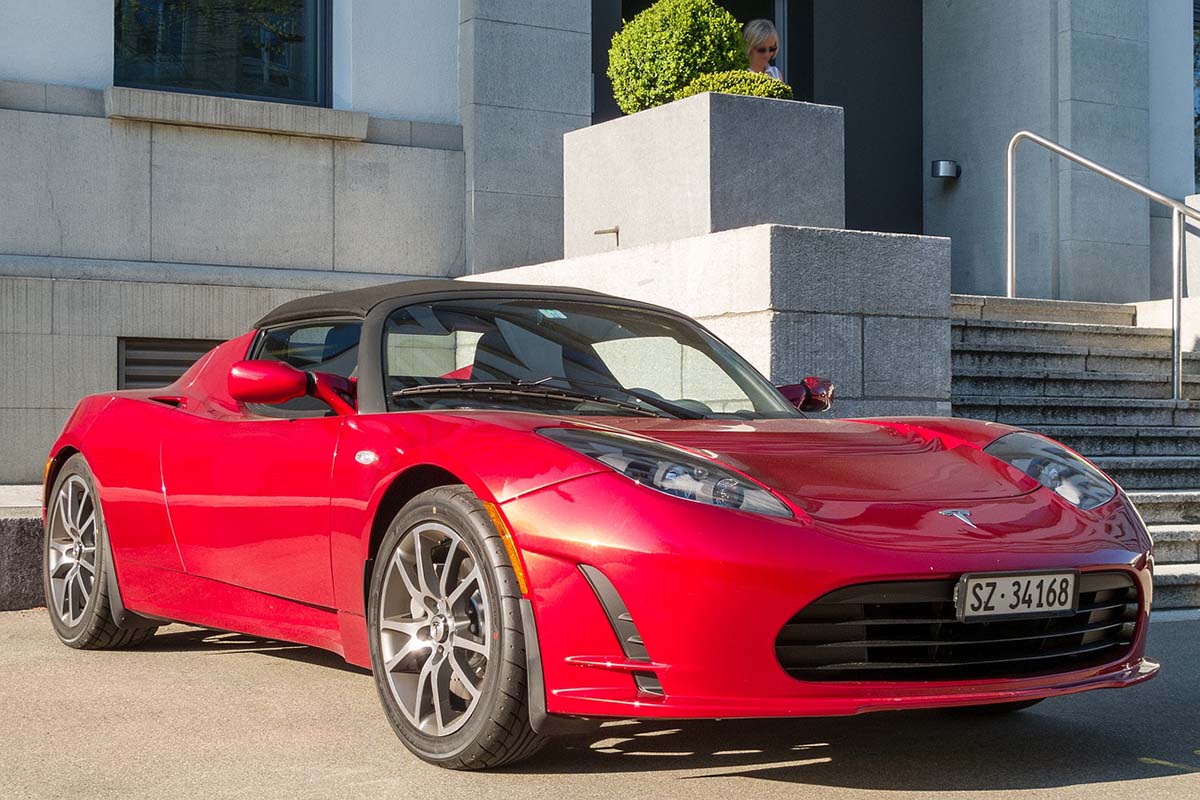 Are you one of those asking the question, “does Tesla take trade-ins”? Well, maybe you want to get a Tesla machine. And if yes, you are not alone! Tesla cars are one of a kind.

Here is an answer to the question does Tesla accept trade-ins:

Well, yes! Tesla does take trade-ins. And there is a trade-in calculator you can use to get a quote on your vehicle. After registering and login into your Tesla account, you will be asked to provide your vehicle documents for processing. You will also figure out the value of your car for the trade-in.

So that is the answer. And I also gave other information about Tesla that will interest you. Continue reading!

Tesla Trade-Ins: Are Electric Vehicles (EV) Worth It?

The dream was to produce cars with little to no emissions. And today, it has become a reality. Electric vehicles are becoming increasingly popular. The demand, as envisaged, is growing steadily.

People have seen and witnessed the effects of global warming. From higher temperatures to excess rainfall and natural disasters, it is safe to say that we have seen the massive destruction that global warming can cause.

So, I would say that electric cars are worth it. They offer incredible benefits that diesel and petrol-powered vehicles do not.

Here are some incredible benefits of electric cars:

Cheaper for users to run

One of the benefits of EVs is that their running cost is lower compared to petrol or diesel-powered vehicles. And this you will figure out with a little experiment.

Another thing I like about EV is its maintenance. You won’t be breaking the bank to maintain your electric vehicles, though most people believe otherwise.

But the truth is most individuals who say these things haven’t owned or used an electric vehicle in their life. So, they do not have enough clues about this.

Alright, here is a simple question. Does the EV have numerous moving parts like petrol and diesel vehicles? The answer is no! EVs are battery-powered and have a single moving part. And that is the rotor.

All you need to focus on are the suspension, brakes and tyres, and that is it. For petrol and diesel vehicles, you have those above, including fuel injection systems, exhaust systems, radiators, and starter motors.

So, EVs are less complicated and stronger. Plus, their maintenance is pocket-friendly.

The fight to reduce greenhouse gases, which is responsible for global warming, isn’t the governments’ fight alone. We, as citizens, must play our parts.

But we see hundreds of thousands of people protesting and urging the government to do something about global warming now and then. The question is, have those individuals playing their parts?

EVs releases zero emissions, which is a plus to the environment. So, when everyone decides to start driving EVs instead of petrol and diesel-powered vehicles, the emission will reduce.

Like I said before, EVs do not release harmful gases into the atmosphere. So, the use of EV means we will enjoy better air quality. What that implies is reduced visits to the doctor and improved health. EVs are also quieter, which means you will experience zero noise pollution.

Improve the safety of users

Do you know that EVs’ center of gravity is lower than other vehicles’? Recent studies have proven this. So, compared to your regular diesel and petrol vehicles, EVs may likely not roll over because of the center of gravity they have.

The possibility of explosions or major fires developing is lower with EVs. Again, the durability and body construction also makes EVs safer during a collision.

Alright, enough of the numerous benefits that electric vehicle offers. Let’s focus on the Tesla trade-ins to gain a better understanding of the process.

Tesla Trade-In: What The Process Entails

Your decision to acquire a Tesla car is a good one. Take a look at the numerous benefits the car offers. Logically, anyone would be interested.

Like I earlier said, Tesla does take trade-ins. But there are few processes you need to follow if you want to do business with the company. The first step is to obtain a trade-in value for your vehicle.

This step is important. So you have to do it before you can order any used or new Tesla ca. That is if you are interested in trade-in.

First, proceed to the calculator used for Tesla trade-ins. You will find it on the company’s website. Then submit the information on your current vehicle.

After ordering used or new Tesla cars, you can log into your Tesla account and submit all your trade-in details there.

However, there is something you need to know about trade-ins with Tesla. The company does have a strict policy and can accept only one vehicle.

But one remarkable thing this company does is that one can trade his or her vehicle, even while making financial payments.

Tesla Trade-Ins: What Vehicle Is Ideal?

If you are thinking about engaging in trade-in with Tesla, then you have to read this. There are certain kinds of vehicles the company accepts for trade-ins.

For the records, the company only accepts SUVs, cars, trucks and vans. You can’t use anything other than these vehicles.

Tesla Trade-Ins: How To Figure Out The Price Of Vehicles

I usually advise people to read about the trade-in process before diving into it. When you go into it with proper understanding, things won’t go wrong.

However, one popular question people often ask is how Tesla determines the price value of their cars. Well, the process is simple. Tesla uses different methods.

But here is something you need to know. There is nothing bias about the calculation. Trade-in values are determined from a standard calculation that is based on specific parameters.

These include the history, age of the vehicle, configuration and mileage. And the resulting values are based on factors such as Tesla’s knowledge of the product and market data.

Tesla Trade-Ins & Price: How Much Does Tesla Cars Cost?

Well, before I proceed, I will like to point out that Tesla is expensive. Let’s forget about the zero-emission thing and fewer moving parts it has. The vehicle is costly.

Tesla’s flagship EV, which is the Model S sedan’s base price, is 71,000 U.S dollars. Then there is extended battery and other upgrades, which could cost up to 10,000 U.S dollars.

So, the Tesla all-electric vehicle is quite expensive. And I think there must be a reason this is happening. But then, I know one day the Tesla vehicles will be more affordable.

There are reports that the company is currently building a larger workstation to increase capacity.

When this new plant is complete, the price of Tesla cars might fall a bit. Let’s also not forget that there will be competition from other players in the industry. Their activities will also cause the price to drop.

Why Tesla Electric Cars Are Expensive 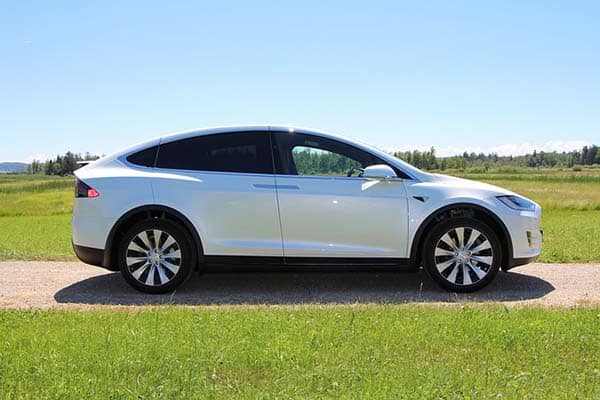 I believe a lot of people are interested in Tesla vehicles. But the price is one of the things preventing them from owning one. Tesla cars are expensive. There is no doubt about that.

But then, certain factors are contributing to this somehow. Let’s take a look at them.

The forces of demand and supply

The demand for Tesla cars keeps increasing yearly. And the surprising thing is that Elon Musk and his co-workers are yet to meet the high demands. They are continuously setting new sales record every single month.

Now the truth is, Tesla cars are a fan favourite. The company is also doing well financially. But they cannot meet the increased demand for their all-electric vehicles, at least for now.

So, it is simple economics. When demand goes up, the price also rises. Thus, the forces of demand and supply are at play here.

The high cost of battery technology

One might be wondering why Tesla is expensive when it has less moving parts. Well, let me tell you something. The batteries alone cost a fortune. The batteries stores up and use electric power to get the Tesla car to move. And they are surprisingly the most expensive components in the vehicle.

Now here is the thing. A single battery with per kilowatt-hour capacity costs a whopping $500. However, the Model S sedan has a battery capacity of 60 kilowatt-hours. And the cost of this battery is $30,000 when you do the math.

So, you can see why Tesla cars cost so much. The battery alone costs approximately 42.25 percent of the total sum.

Now you know the answer to the question, “does Tesla take trade-ins”? As I said, they do. But there are things you should have an idea of before you do business with this company. I wrote a couple of them here, which I think you should check out. Also, we are all aware that Tesla cars are expensive. But even at that, they are still highly sought after. Electric vehicles have incredible benefits that make them better than diesel and petrol-powered vehicles. So, if you have the cash, do not hesitate to buy an electric car. It is worth it.

Microsoft Visual Studio Community Vs. Professional: What Are The Differences?

What Is The Difference Between Evaporation And Vaporization?

10 Things You Can Do To Make Moving Less Stressful

When To Hire A Estate Planning Attorney

Can I Straighten My Hair With A Perm?