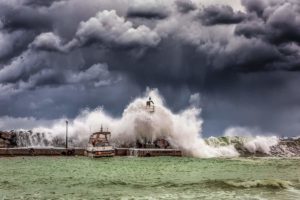 The United States has faced many tragedies throughout its history, causing drastic changes to the lives of its people. These tragedies remind society that there are circumstances beyond control and that they teach lessons that can’t be forgotten—lessons that cost the lives of loved ones and fellow men. The effects of these tragedies are long-lasting but are rarely mentioned in the media as they slowly fade from the consciousness of the masses.

Here are three tragedies and their lingering impact on American Society:

It was an ordinary Tuesday morning for the people of Manhattan, New York on September 11, 2001, when two planes crashed simultaneously into the Twin Towers of the World Trade Center, causing the buildings to collapse, killing 2,977 people and injuring 25,000 more. Not to mention the long-term health effects on people who lost their loved ones and those who witnessed what’s considered as the deadliest terrorist attack in history.

This attack cost approximately USD$10 billion (2001) in infrastructure and property damages, which led to a collapse of the New York economy and also sent shock waves across the global market.

On that same day, two other hijacked airplanes crashed into two other locations. One was in Pentagon, and the other was supposedly Washington, DC, but, instead, crashed into a field in Stonycreek Township, Pennsylvania, after the passengers tackled the terrorists.

Suspicion fell highly on Al-Qaeda, which led the United States government to launch a war on terror in Afghanistan, costing approximately an out-of-budget figure of USD$2 trillion.

Securities also ramped up all over the United States and the government grew bigger, which eventually led to an increase in taxes and national debt.

In response, compensation funds have been made available to victims of the September 11 attacks to help the affected citizens to get back up from the tragedy that changed their lives forever.

If you believe you’re in need of compensation after suffering from injuries following the September 11 attacks, you may visit this website.

On August 23, 2005, a tropical depression formed in the Caribbean waters near the Bahamas. It then intensified into a category five hurricane on August 28, 2005, with a maximum wind speed of 175mph. It left about 1,800 deaths in its wake and USD$125 billion (2005) in damages to the city of New Orleans and nearby areas, such as Florida, Cuba, Louisiana, Mississippi, Alabama and most of the Eastern United States and Eastern Canada. For that reason, Hurricane Katrina is the costliest natural disaster in the history of the United States.

During the storm surge, about 80% of the city was submerged. Most of those who were affected were the poorest citizens of the city who had no means of transportation, unlike others who were able to flee before the devastating disaster.

A year later, the population in New Orleans fell to about 50% for fear of more loss of loved ones, properties, and livelihoods. It has also been argued that the city should be permanently abandoned due to the hazards that were exposed during the storm.

After a few years, the population grew back to about 80%. However, this disaster was soon considered to be man-made due to the government’s failure to look after its citizens.

Around 5 am on Wednesday, April 18, 1906, San Francisco, California was struck with an earthquake with an estimated 7.9 magnitude. This was a high-intensity earthquake that shook San Francisco and surrounding areas, and which subsequently caused devastating fires to the city for days, engulfing 80% of San Francisco and leading to about 3,000 deaths.

Around 25,000 buildings were destroyed in the fire from ruptured gas mains. The fire was said to be more destructive than the earthquake itself, and was believed that 90% of the destruction was caused by it. Besides the horrific earthquake and fire, looters and rioters also contributed to the destruction of the city.

Chaos was widespread and the property damage was around USD$400 million. Museums, laboratories, and significant research had been lost due to this tragedy. The University of California was severely damaged that it had to be rebuilt.

This has been the deadliest tragedy in the history of the United States up to this day.

These are just some of the many tragedies that wreaked havoc in the United States. Although these tragedies paved the way for more advanced safety and security methods across the country, they also developed post-traumatic stress disorders, depression, anxiety, fear among the citizens, and distrust in the government.

The United States government, on the other hand, continues to find more ways to prevent and manage such disasters to protect the nation and its beloved citizens.

How To Reset Your Metabolism? A Helpful Guide