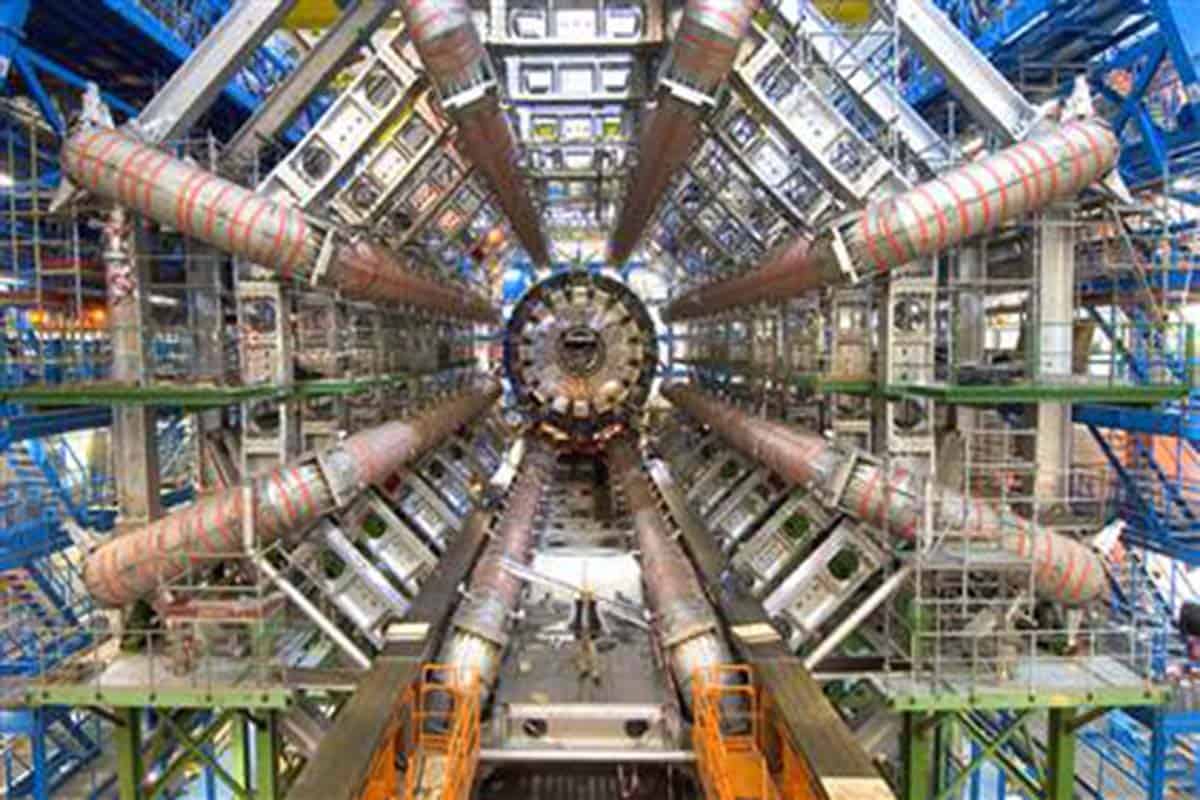 Have you ever thought about the question, what is the purpose of the hadron collider? I am sure everyone that knows this machine would like to learn about its usefulness and benefits. And because billions of dollars have been spent when we have other pressing issues like global warming to address, it is logical for people to ask such a pertinent question.

Okay, now let me tell you what the purpose of the large hadron collider (LHC) is. But first, keep in mind that it is the most powerful and expensive particle accelerator at the time of writing this post. And the primary reason for designing this machine is to expand the knowledge we have of the universe. This machine could enable scientists to make numerous mouthwatering discoveries, which, when applied, will profit humans and the planet. Otherwise, there will be a lot of questions asked considering the finances that went into this project.

Alright, now you know the purpose of the large hadron collider. Would you like to know more about the capabilities of this machine? If yes, continue reading.

The Large Hadron Collider (LHC): What Does It Imply?

If you are a student of particle physics, you will know a thing or two about the LHC. But if you are not, you will understand what it means after reading this post.

We have been so fortunate to witness several scientific discoveries and creations in particle physics. But the Large Hadron Collider is extraordinary. This machine, as claimed, can provide answers to a plethora of unanswered questions.

However, the idea of building the LHC started many years ago. In 1977, history has it that Sir John Adams, a then prominent figure in CERN (European Organization for Nuclear Research), proposed the creation of an underground tunnel.

Developing The Large Hadron Collider: Things You Need To Know

First, I will like to point out that LHC is massive. And when I say massive, I mean every word of it. The project also cost a fortune. And looking at the size, landmass, and material that went into its construction, you won’t doubt its cost for a second.

Several European countries came together and invested in the project. Shockingly, a whopping 8 billion US dollars was spent on the construction of the Large Hadron Collider. And out of that amount, the USA donated 531 million dollars to the project.

Each member state of the CERN (About 21 recognized member states) contributed financially to the project. So, it was not just a few that made contributions.

The project witnessed a record number of scientists across the face of the earth. Scientists from approximately 60 countries totaling 8,000 in number were involved in the experiment.

Also, there are rumors that we may have another particle collider that will cost more than the current one. It is also dubbed to be more powerful. But these are just mere rumors, only time will tell.

Is The Large Hadron Collider Safe? 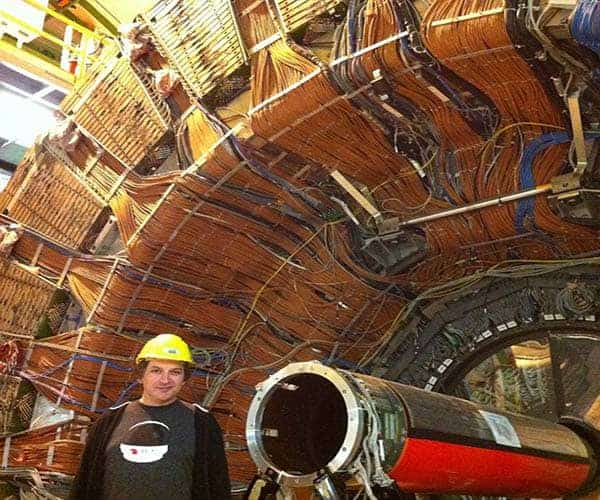 Looking at the machine called LHC and the amount of energy it expends, one may start to question the safety of our dear planet. The machine produces approximately 600million collisions per second and delivers an incredibly high amount of energy.

However, the beam of the accelerator came on in 2008, September 10th, to be precise. But when it first started, it was only able to collide particles at 10 millionths.

Before the machine started working, people had already developed a form of fear that it might destroy the planet. To many, the machine was nothing but a destroyer. The benefits it could bring did not matter that much to them, I guess.

Of course, the energy it emits is high enough to create a black hole on the earth. But if you are a physicist, you will understand that such can never happen.

The machine is safe and will not cause any damage to our planet. Another thing I will like to state is that the machine can be harmful. If not used properly, it could lead to death.

What Discoveries Has The Large Hadron Collider Achieved?

When you create something with such a hefty price tag, you would expect nothing but the best from that thing. That was the mindset of the CERN member states, which encouraged them to pull their resources together. And after the war, building this particle collider was a way to stay united. So it is more than a machine in the eyes of the CERN. It’s something that binds all member states.

Okay, back to the obsession that gave rise to the development of the LHC. Let us dwell on that a bit.

Those who know a thing or two about particle physics will remember that the scientists in the 20th century felt they had the answers to some of the universe’s questions. Newtonian gravity and the almighty electromagnetic equation from Maxwell provided some clue we cannot deny.

But there was still a visible problem. There was no in-depth explanation of radioactivity. And this gave rise to something new; the start of the scientific revolution.

Another question that sparked a scientific revolution was the reason most particles possessed mass while a couple of others does not. So, there are a plethora of unanswered questions that scientists were looking to resolve.

The good news is that scientists have been able to achieve remarkable things through the LHC.

So, let’s take a look at some of the discoveries the LHC has made:

The discovery of the Higgs Boson

Peter Higgs and his team of physicists in 1964 proposed that unusually field was in existence. They claimed that the field in question carried mass based on the force at which particles were interacting with it.

And though it was just an idea, Peter Higgs and his team believed that if the field truly existed, then it was going to have a form of mediator particle called the Higgs boson.

But it was impossible to find the said particle unless via the help of a powerful machine like the Large Hadron Collider.

And then, after the LHC was built, physicists, in 2013, discovered a Higgs boson. The Higgs boson’s mass was about 126 giga-electron volts.

This discovery has opened a new chapter with regards to research bordering on the universe’s stability. Researchers are seeking answers on why it seems to be holding more matter as compared to antimatter. The abundance and composition of dark matter are also areas researchers are hoping to resolve.

Something happened when scientists saddled with the responsibility of calibrating the LHC machine did not follow the typical proton-proton type of collisions.

Instead of doing that, they chose to ram protons straight into the lead nuclei. When they did, they discovered that the random path which the subatomic shrapnel that results usually took was replaced by different coordination.

A theory explaining this phenomenon points out that the impact successfully generated an exotic state of matter that is best known as quark-gluon plasma (QGP).

The QGP, according to the scientists were flowing like liquid and generated a form of coordinated particles when it finally cooled down.

However, there is still much research to be done in this regard. But if the answers to the questions are found via further investigation, it could provide insight regarding not only the structure of proton but its interaction.

Other Impacts The LHC Has Had Since Creation:

For more than 10 years now, the Large Hadron Collider has been smashing atoms together while scientists watch in awe. The CMS and ATLAS are two significant experiments the LHC was used for.

The two experiments operate, and data derived are analyzed separately. And yes, the LHC is turning out to be a wise investment. Since inception, over 2,000 insightful scientific papers have been generated from this machine, particularly on areas centered on fundamental particle physics.

So, it is not just the discovery of the Higgs boson that the machine has recorded. But we can say the Higgs boson was a remarkable discovery, considering the importance of a theory that has been begging for answers for more than 50 years since proposed.

However, the LHC has been short down for a while now. And we hope it will come back stronger and help provide insights into many unanswered questions about the universe.

There are also reports that CERN is planning to build another particle collider that will be bigger than the LHC that they currently have. Well, if this is true, then we can expect a turnaround in particle physics sooner than later.

So now you know the answer to the question “What is the purpose of the Large Hadron Collider?” It is all about the universe. There are so many questions that need answers. And scientists are working hard to resolve them. But thankfully, the CERN came together and invested heavily in the construction of the LHC (Large Hadron Collider), which have already had a tremendous impact. And we can only expect more from this machine.

3 Steps To Prep Your Business Vehicles For Success

How To Start Offroad An Electric Scooter?