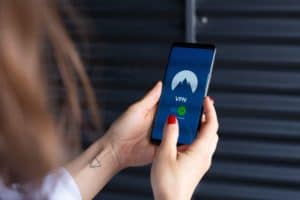 When we talk about the virtual private network or more commonly known as a VPN, it usually means an online tool that allows you to obtain complete online security, privacy, and data protection.

Whether you wish to bypass various content geo-restrictions, download torrents, lower your online game ping, or just want to obtain complete privacy online, using a virtual private network has always been the most effective way to achieve all those things.

The ability to change users’ public IP addresses has made VPNs essential tools for “bypassing geo-blocks”.

While VPNs have many use cases, they’re mostly used to unblock geo-restricted streaming services like Netflix.

Accessing geo-restricted content is one of the essential purposes of using a VPN. However, one other application of VPNs is to help users obtain privacy when using banking or applications that may involve sensitive data.

We all know that third-party applications can easily become a hub for collecting and selling your personal information and data if you are not safeguarding yourself with a virtual private network.

Needless to say, there isn’t any shortage of applications that have privacy issues due to the regular data and privacy breaches.

Now you must be thinking right now that usually privacy-threatening applications belong to smaller and lesser-known developers, but it is the opposite.

Several major data and privacy breaches occurred by the most popular social media and technology services companies. Unless you were protecting yourself with a virtual private network, there is a chance that your personal information might have been compromised.

Let’s look at some of the most popular applications that have been found to have privacy issues that could easily be avoided to some extent if accessed with a reliable, robust, and highly encrypted virtual private network.

With 2.6 billion users, Facebook is undeniably one of the most popular social media applications right now. However, Facebook has been continuously dealing with issues related to user privacy and distrust for a while now.

It has been proved from time to time that Facebook is incapable of handling and protecting the user’s privacy. Hence it is always advised to connect a virtual private network before you start checking your news feed.

Introduced as a secure and private alternative to Facebook Messenger, WhatsApp has also been the victim of multiple hacks and data breaches after the Facebook acquisition of WhatsApp in 2014.

WhatsApp became popular because it introduced end-to-end encryption for messaging services. However, the public highly criticized the same feature after it was revealed that Facebook could read the messages before encryption.

While this application has gained popularity worldwide, many governments have decided to place a ban on TikTok due to various concerns regarding users’ online privacy and online security.

The amount of content uploaded on the social media platform could easily be used for various cybercriminal activities such as identity theft.

Uber was hacked, and the personal information of 57 million users was at risk. But, unfortunately, the company tried to cover up this scandal from relevant authorities before coming out and reporting it.

It was also reported that several uber drivers were harassed, attacked, and even robbed. Again, this was a result of the data breach we mentioned earlier.

In 2017, Uber came under fire for hiding the additional tracking feature, which could track the rider’s locations for up to five minutes after their ride had finished. The company then removed this feature from the platform,

Snapchat is another application that is heavily popular among the pop culture generation. To communicate with each other, users can send video clips or images with text written on them. These messages will disappear automatically after they have been opened.

Due to the nature of the content shared on Snapchat, which is usually explicit, parents and various other authorities raised concerns about its usage by underage children.

Media shared on Snapchat can easily be recorded or saved by using any other tool or application. Also, in 2019, it was revealed that Snapchat employees were spying on users through a tool called SnapLion.

Grindr is a dating application for the LGBT community. Users can search for potential matches in their local area and filter people based on their age, body type, relationship status, and other information on their profiles.

Grindr has been under fire recently for breaching the GDPR by unlawfully collecting and using users’ personal information.

Collecting personal information in addition to real-time location information is a serious breach of GDPR policies. Such combined information has already been used in anti-LGBT countries to hunt down and arrest users.

For many people, protecting their online privacy isn’t as simple as deleting the account, and therefore, they need that additional level of security and privacy of a virtual private network.

Falls in Nursing Homes: When Is the Facility Liable?

8 Ways To Protect Your Interests After Suffering A Personal Injury

Why Is My Keyboard In The Middle of My Screen?