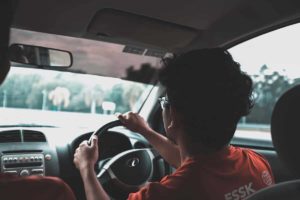 After a car wreck, your car might still roll, but is it really safe to drive? You could face elevated dangers if you take your car on the road after an accident. It’s very likely that your vehicle has hidden damage that you won’t find until you’re actually driving, at which point you can endanger yourself and others on the road. Find out if it’s safe to keep driving after an accident and what dangers could be lurking within your vehicle.

Hidden Dangers After A Car Wreck

The last thing you want to deal with after a wreck is your car failing after it seemed fine. Be on the lookout for these hidden dangers after an accident.

Your car’s wheels are likely to be damaged after a car accident, but it could be difficult to tell until you start driving again. The axles could be bent and may start to grind against the rest of your car. A wheel that’s bent out of place could cause your car to become difficult to control, especially at high speeds, and may cause you to lose control of your vehicle.

Windshield damage might be easy to overlook, especially if you still have a high degree of visibility out of the driver’s side, but it can easily compound and cause a sudden massive failure. Windshield damage needs to be repaired as soon as possible, and if it can’t be fixed, must be replaced. If you’re in another accident, your windshield won’t be able to protect you and will likely shatter upon impact.

Your car’s electrical system could easily suffer damage in an accident that you won’t notice until much later. Components that could fail or malfunction include the following:

Electrical system damage can easily spark a fire in the wrong conditions and can cause a sudden, catastrophic failure while you’re on the road. They can also be costly to fix, making it important to seek compensation after an accident to help defray financial damages. [Source: https://onmyside.com/areas-we-serve/new-orleans-la/car-accident-lawyer/]

An accident can easily knock loose any of the hundreds or thousands of moving parts that could be vulnerable in your car. These can be anywhere from in your engine to the loose rear light. A part could fall off while you’re driving, posing a danger to your own vehicle if it was a critical component and to others if they hit the piece or are struck by it.

Your car’s frame is what holds all the important systems and components in just the right place. If this is bent, your whole car could perform the wrong way and damage itself. A collision could easily bend its frame, causing a series of cascading problems up and down your car.

Your car’s powertrain is especially vulnerable to damage but can keep it hidden for some time after your wreck. The cradle, which holds the driveshaft, transmission, and other parts of the powertrain in place can shift the entire system out of alignment, causing parts of it to wear down and fail.

After an accident, you could face substantial financial costs to replace or repair your vehicle and rebuild your life. You might be saddled with crippling medical bills and have to pay for them with reduced paychecks, or may simply be out of your job (or career) entirely. Working with a lawyer who is experienced in handling car accident cases can help you financially recover from your accident as best possible. Getting started on your case as soon as possible is vital to ensuring that you receive the maximum possible compensation.

Answering The Top Questions You May Have About Exercising During Quarantine

Five Things To Consider Before Opening A Courier Business