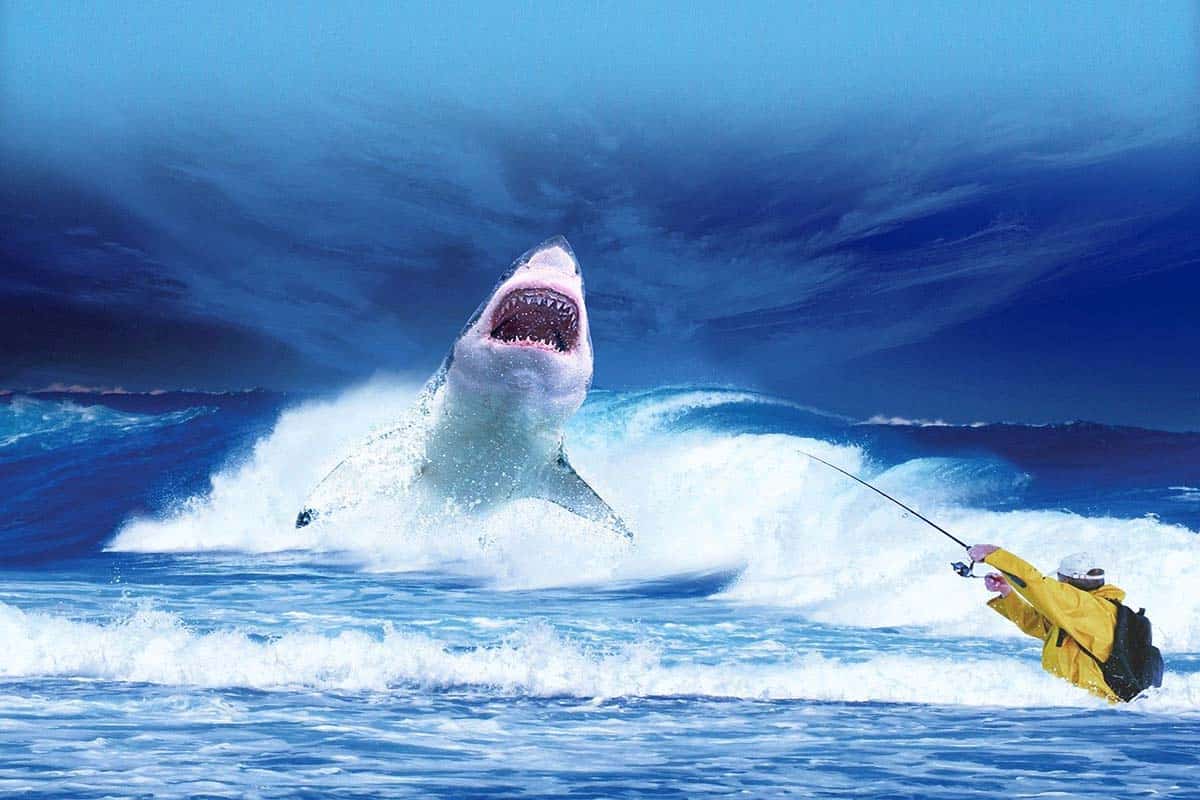 From time immemorial, Human beings have always had a thing for the size of large creatures. Looking at it from an aquatic point of view, there is none as big as the blue whale which holds the reputation of being the largest animal to have ever existed on the earth. Both creatures, however, possess unique features that have been the subject of research for years in the scientific community. There has however been a debate about Megalodon vs Bluewhale size and the reasons for this are not farfetched. Here we attempt to unravel this mystery and give an answer to the age-long question once and for all.

The question should rather be “how smaller is a Megalodon to a blue whale?” the biggest size of a Megalodon has always been a topic of discourse because they did not possess skeletons hence making it quite difficult for scientists to decipher. It, therefore, suffices to say all estimates given are products of guesswork.

However, the available estimates of the creature put them at about 18 meters which is about 60 feet long. The Blue whales, however, hold a unique reputation of being among the largest creatures on the surface of the earth measuring about a hundred feet. It, therefore, suffices to say that a blue whale is bigger than a Megalodon.

Why Did Megalodon’s Go Extinct?

There are several possibilities as to why this relentless and ruthless predator went extinct. Some think that it may have been a victim of global cooling which was a feature of the last ice age era. There is also the school of that they may have starved as a result of the disappearance of the great whales that were their main menu. There are however people who still believe that these creatures still lurk somewhere deep in the oceans.

How Powerful Was The Bite Of A Megalodon?

The outcome of research to ascertain the biting power of a Megalodon can be best described as terrifying. For instance, the bite of a great white shark was estimated at 1.8 tons per square inch while that of a Megalodon was estimated at almost 18.2 tons. What that means is that it had enough force to crush the skull of a prehistoric whale as easily as a pineapple.

Interesting Facts About The Megalodon Shark

The Megalodon holds the unique reputation of being not only the largest prehistoric shark ever, but it was also the biggest marine predator on earth. It was so big that it outweighed the Great White Shark and reptiles such as the Kronosaurus and Liopleurodon. Here a few other interesting facts about this unique creature:

1. They fed on Giant Whales

Megalodons must have constantly sent shivers down the spines of vertebrates of anything that stood on their way! They were so ferocious that they fed on prehistoric whales that lived during the Miocene and Pliocene eras. They also had quite an appetite for fish, dolphins squids and even large turtles.

2. They had pretty long teeth

3. They were larger than the biggest know Marine reptiles

The buoyancy of the ocean is one factor that allows marine predators to grow to rather incredible sizes, however, even with this, none could get to its size. Creatures such as the Kronosaurus and the Liopleurodon were known to have attained a maximum weight of 40 tons. A modem white shark, on the other hand, can only attain a maximum weight of 3 tons. As we pointed out earlier, the only known marine animal that beats this creature is the blue whale.

Can you imagine these ferocious creatures scattered everywhere?  Well, they were unlike most sharks and marine reptiles of the Cenozoic and Mesozoic era which were largely restricted to the inland rivers or coastlines of some continents. Megalodons were distributed all over the world and they were indeed a source of terror to warm water oceans all over the world. One thing that may have inhibited the adult megalodon from going towards land must have been their size.

5. They had a thing for fins

Based on at least one computer simulations, it is believed that Megalodons had a style of hunting which was quite different from what obtained with Great white sharks.  The teeth of the Megalodon were designed to bite through the cartilage and there is evidence that they first go for the fins which incapacitate their prey.

How Big Are Blue Whales Exactly?

The coolest things about Blue whales are that not even the largest of dinosaurs have been recorded as being larger than it. As we pointed out earlier, not even the biggest Megalodon was recorded as being larger than a blue whale. The average blue whale is recorder to hit lengths of about 90 feet and 100 feet long. Also, the largest known blue whales reside close to Antarctica in the southern ocean.

In terms of weight, Blue Whales weigh as much a whopping 400,000 pounds! There are a few interesting facts about the mass of a whale, some of which should startle you. First and foremost, the tongue of a blue whale is the same weight as an elephant. What this means is that about a hundred of we humans can easily fit into the mouth of a blue whale.

Another interesting fact about a blue whale is that its heart is the same size as a car while a baby could swim in its arteries. Furthermore, the spray that emanates from a blue whale should easily reach the height of a three-story building.

From the name, you should be able to hazard a guess as regards the color. Blue whales are usually blue-gray although they are also called sulfur bottom whales as a result of the underbelly that is yellowish.  They belong to the baleen family of whales which are a group of toothless whales. Another interesting about them is that the female whales are usually quite bigger than the male.

What Type Of Foods Do Blue Whales Eat?

Without a doubt, you must wonder what this enormous creature eats. The big surprise that may come to many is that even though it is quite big, it does not consume that much food. They usually feed on a small crustacean known called krill, as a matter of fact, this is their staple.

They usually rely on large food quantities and they use plates of baleen to carry out the filtration of small zooplanktons. They can consume as much as 6 tons of krill every day.

How Do Blue Whales Behave And Communicate?

Although blue whales are not known to be aggressive creatures, not much is known as regards their behavior in groups. Blue Whales have however been seen to travel in small groups or alone. Also, in the wild, they are not known to be much of a threat to other animals; they are usually more concerned with traveling and eating.

Blue whales are known to produce one of the loudest noises in the whole animal kingdom. Their sounds have been recorded to travel as far as hundreds of miles in the ocean. The meaning of the sounds is however not yet clear as research is ongoing in that regard.  When the sounds made by blue whales are repetitive, they are known as songs and these songs differ based on the ocean basin.

The frequency of the songs emitted by blue whales is largely dependent on noise conditions such as the sound of a ship passing by. They are also able to make adjustments to their songs by either intensifying or slowing down the air been blown through their vocal cords.

Now you know that the size of a Megalodon was certainly nothing close to close to that of a blue whale, it is important to state that they both are unique. For instance, the Blue whale may be the largest Marine mammal to have ever existed, but the Megalodon continues to hold the record of being the largest marine predator ever.

They both possess’ unique peculiarities that make them both interesting subjects of discourse, but one thing is certain, and that is the fact that they can both be described as large and dominating. The research will continue to be made on them both for years to come.

What Does Balls Dropped Mean?

Why Do I Need To Invest In New Boilers?