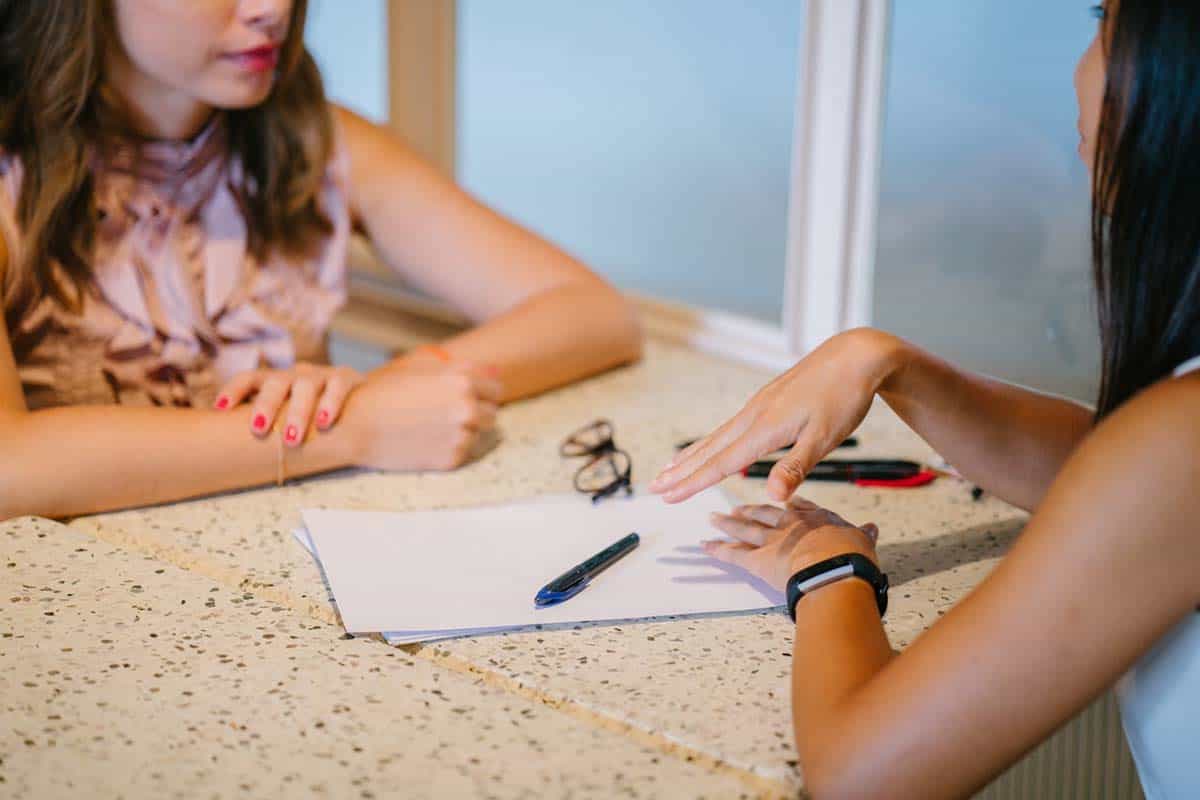 Do you know how to find out if a company does drug tests or you don’t think it is necessary? Well, many believe it’s somehow needed and that every job seeker should take it seriously. However, testing positive to specific drug use that’s against the company’s policy might not go down well for a job seeker. So, it’s better to be prepared than to spend your precious time on a test and be caught at the end. So, here’s a serious question that needs answers:

How do you find out if a company does drug tests?

Just as you ask to know possible interview questions, you can equally talk to those working in a company to know if there’s going to be drug tests. Many employees are friendly and are also ready to provide you with the information you seek, as long as it’s not against company policy. Another way you can figure out is to check the job description posted by the company. A drug test is sometimes included in the requirement for the job. You can also expect such tests if you are seeking a career in specific industries. These include defense, safety, transportation, aviation and transit.

So, that’s how you can figure out if a company does tests for drugs and alcohol. I will also suggest you walk into every interview or job prepared for it. Read to know more!

Why Do Companies Conduct Drug Tests? 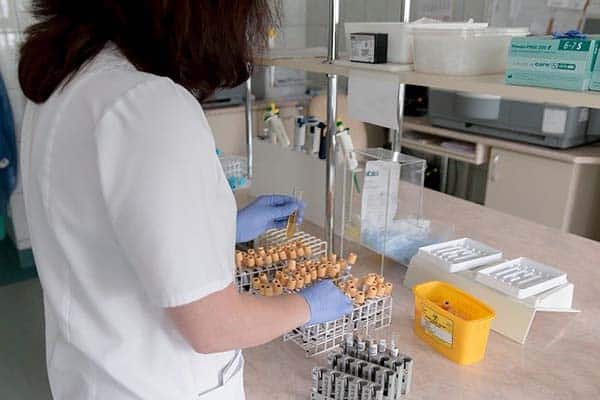 Some companies show great interest in drug tests. They even state it clearly in the requirement for applicants to know before applying for the job. In other companies, it might not be that serious. But if you look at the reason companies engage in such tests, you will understand why it’s essential.

So why do most employers take drug tests seriously? Well, the answer isn’t farfetched. However, the first thing you need to know is that such tests are in the interest of the workplace and public safety. Many of these companies have high work-related safety concerns. Their employees tend to work with dangerous machines and tools that need to be handled carefully.

So, allowing a worker that abuses drugs to use these machines can be dangerous. There’s a high possibility that the individual may someday abuse drug and get injured by the same machine while working. These scenarios happen a lot in the workplace. You will find employees injured and many have lost their lives due to mishandling of the machines they have been using.

When an employee is high on drugs or alcohol, the last thing that will be on the person’s mind is to follow the laid down safety procedures.

So, drug abuse, particularly in the work environment, is dangerous. A lot of people have lost their precious lives because of it. So, it’s a wise step to conduct drug tests before hiring and later on. The reason I say this is because an employee who abuses drugs can create an unpleasant situation in the workplace for those who don’t.

Drug tests can also save the company from public backlash. It can help ensure the company’s reputation is not dragged to the mud. Issues relating to death or injury to workers are not always well received by the public. It only portrays that the company isn’t careful with her employees and may probably do the same with their products.

Again, someone who abuses drugs may one day fall ill and leave his or her position in the office vacant. This can also be a significant loss to the company in several ways. One is that the company might have invested a lot of money in training the individual for that particular job. And being absent from work invariably implies that the service or product the individual is expected to deliver would be delayed. If the person is supposed to provide specific goods or service to a client, then keeping the client waiting might bite hard on the company’s reputation.

So, these are some of the reasons most companies are serious about conducting drug tests. It makes the work environment safer for all. Companies also ensure they test all their employees, whether new or old. One doesn’t need to be handling a high-risk position for him or her to have these tests done. They are for everyone in the company.

I have discussed extensively the reason companies conduct drug tests. But I would also like to add that these things have pros and cons. Let’s find out what they are;

The advantages of drug tests are that it helps to ensure the workplace is drug-free. Studies conducted by the United State’s Department of Labor in 2017, reveals that over 17million above the age of 18 were drug users. And the shocking thing about this report was that 75 per cent of the individuals were gainfully employed.

So, you can see why it’s necessary for companies to take drug tests seriously. It will expose many employees who abuse drugs and help the company to prevent losses that can have a drastic effect on their finances. Conducting these tests will help to reduce drug-related incidents that happen in the workplace often.

Now let’s talk about the disadvantages of drug tests in the work environment. The first thing I would like to mention is that drug tests are quite expensive. Again, most people also view these tests as an infringement on their fundamental human rights. Moreover, urine tests, for example, can only review drug or alcohol use which took place long ago. And there’s a possibility that the individual may have moved on from such lifestyle.

Rights Regarding Drug Test: What You Need To Know 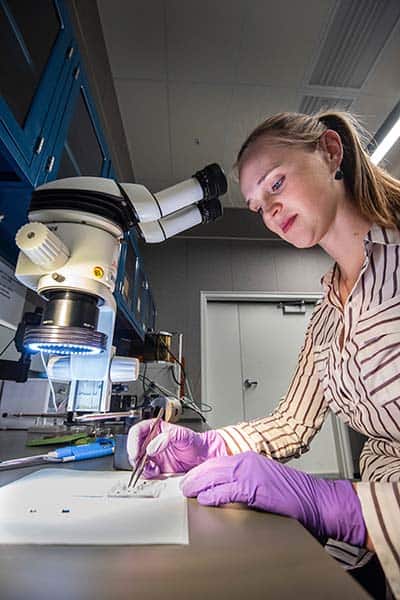 Drug tests for employees are fast becoming a common practice across several sectors. It has become a regular thing in many privately owned businesses, too. According to reports by the reputable American Management Association, over half the total number of employers in the United States has had some form of drug tests done after being employed.

However, it should be clear that the support for these tests isn’t universal. There are countries, states and unions that are kicking against it. Most of them also have a contrary view with regards to the importance of having these tests done.

For instance, the Civil Liberties Union in the United States believes that drug tests substantially violate fundamental human rights. The group believes it violates employee’s right to privacy and degrades employees too.

The good news is that employees have a right when it comes to drug tests. It differs from public to private sector, and from state to state. Let’s dive into these rights with regards to drug tests. Here are the things you need to know.

Rights For Drug Tests For Employees In The Public Sector

If you are a public sector employee, know that your employer cannot force you to undergo some random drug tests for no just cause. There must be a probable cause for such to happen. However, there’s a definition of the term “probable cause” by the Supreme Court. Here is a simple example. If your employer believes drug use disrupts public safety or a situation where the employee has access to highly classified or private information. In these scenarios, the employee may have to take a drug test regularly.

Rights For Drug Tests For Employees In The Private Sector

There’s something about employee rights to drug tests in the private sector. First, I want you to know that it varies from one state to another. Secondly, employers in these sectors have the power to request employees to take the tests or submit their results whenever they want.

It’s the choice of the employee to submit his or her drug tests when requested by the employer. In other words, you can refuse to turn in your test result. But keep in mind that your employer might decide to fire you for that. When this happens, know you don’t have the legal right to demand payment or compensation. Employers can also choose to fire employees that turn in a false or inaccurate report.

Are There States In The US That Limit The Power Of The Private Sectors From Conducting Drug Tests?

You might be wondering if the private sector has all the powers to force an employee to take a drug test. Well, they don’t, at least in some states. But it’s better to check with your state to know your rights before flexing muscles with your employer.

For the records, states like Montana, Maine, Vermont, Minnesota, Connecticut and Iowa forbids private sectors from forcing employees to take drug tests under no circumstance. They can only do so when they have a concrete reason to believe that drug use is making it difficult for an employee to perform well at work. In such cases, the test results will be known to only the employee and the employer in question.

Without prove, it is difficult and impossible to conduct such tests on employees in the private sector. And there’s recourse for the employee when an employer goes against the law.

So, if you are looking for how to find out if a company drug test, you’re in the right place. Here, I provided some tips that will help you figure out if an employer or company requests applicants or employees to conduct drug tests. However, you can also have a look at the law binding the state for drug tests. In some states, it’s considered illegal to force employees to perform such tests unless the employer is certain that the employee in question is underperforming because of drug use.

Does Plucking Hair Grow Back?

How To Start Running A Business In Mexico

Bitcoin Wallet – A Guide To Choose The Best One!