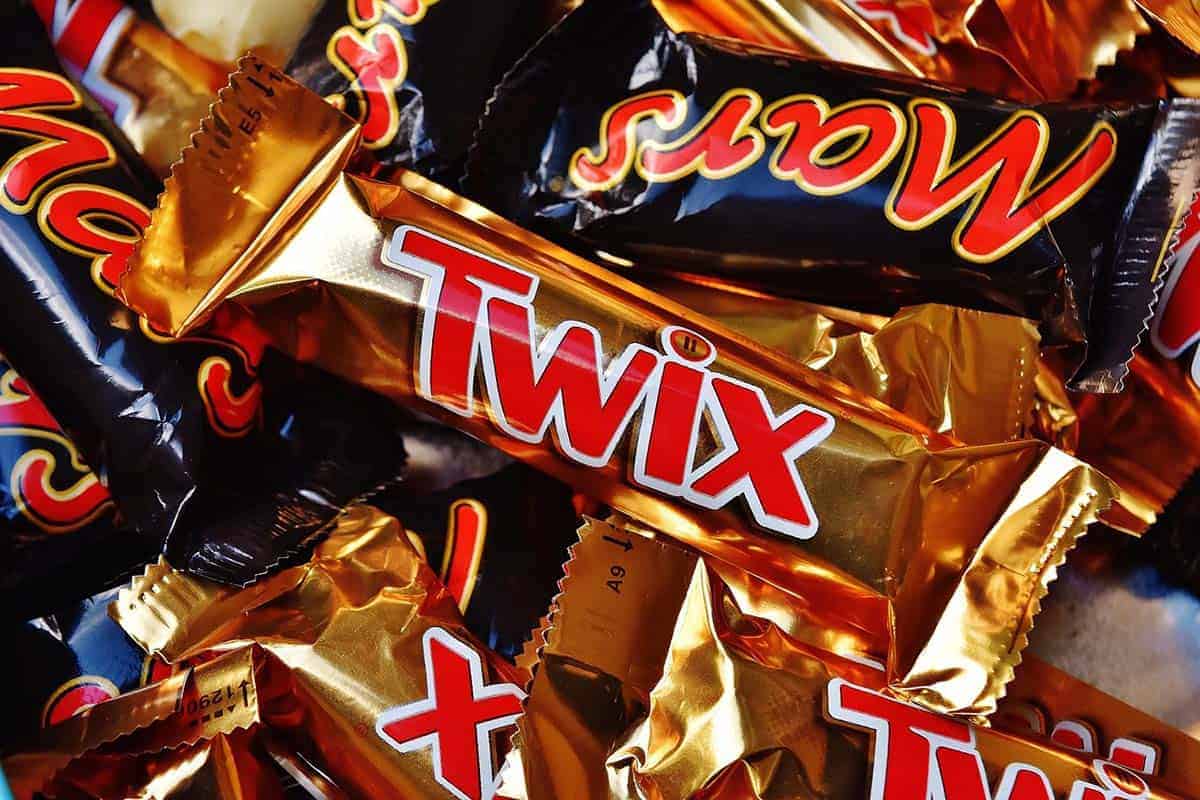 You may have asked yourself, “Mars bar vs. Milky Way, what’s the difference? Aren’t they the same? There has been a battle of superiority among these two candy bars in times past. But really, I am not going to start another war between these two. Let’s figure out what the differences are for knowledge sake.

So what are the differences between Mars bar and Milky Way?

First, know that the Milky Way or Mars bar in Europe is different from what you may find in other places, and I mean the content, including their taste. But let me state the common differences between both. Milky Way usually has a harder chocolate coating, while Mars tends to have a softer one. You will also find the Milky Way in white and blue packages, while the Mars bar comes in red and black wrappers, though there are other packaging designs these days.

So that’s the difference right there. But keep in mind that there are localized changes. You can read for more information regarding the variations and other things you need to know about these two chocolate bars.

History Of The Mars Bar Vs. Milky Way

To better understand the differences between these two, there are diverse areas we would look into. One of them is the history of both candy bars, and that’s where we are going to begin.

The Mars bar is a chocolate bar that has been in existence for many years. It was initially made in England by Mars, Incorporated in the year 1932. So this chocolate candy does have a long and rich history behind it.

The Milky Way is older than the Mars bar. It is also a product of the same family that made the Mars bar, Frank C. Mars, the father of the inventor of the Mars bar, in 1923. And it was created in Minneapolis, Minnesota.

Mars And Milky Way: What Are The Ingredients?

The next area we need to focus on is the ingredients that both chocolate candy bars have. By knowing every one of them, we will be able to understand the differences between the two. 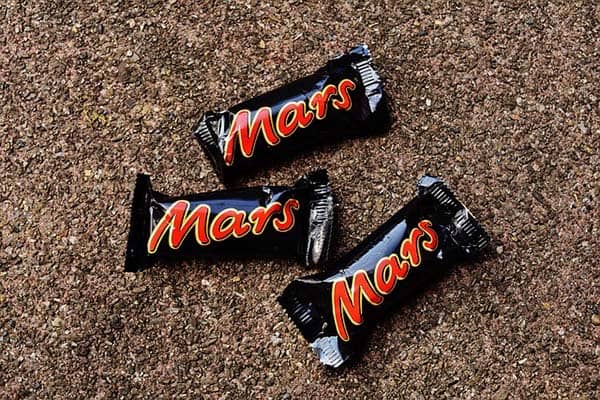 You already know that the Mars bar is made from chocolate. But based on the region it’s manufactured, the Mars bar can either have the roasted almonds or nougat.

Again, I would like you to know that two Mars bar versions exist. One is from the U.K, and it’s said to be the original one. The other is sold precisely in the USA.

However, you may want to know where the Mars bar is most popular. Well, it’s in the United Kingdom. It’s a favorite candy bar of many, including the young and the old.

The first thing I would want you to know is that there is a massive difference between the Mars bar U.K version and the U.S version. But many may think they are both the same. The only way to figure out is to take a closer look at them.

So what’s the difference? Well, the Mars bar from the U.K has a lighter color while the U.S. version is the direct opposite. The US Mars bar is exceptionally dark in color.

Another significant difference is in their constituents. While you may find caramel in the U.K version, the U.S Mars bar doesn’t contain caramel. Also, the American version of the Mars bar comes added with toasted almonds. It is even sweeter.

In terms of texture, the U.K Mars bar version seems to be a bit solid than the Mars bar U.S. version.

Is the Mars bar still being produced in the USA? Well, No, it is not. Production stopped in 2000. However, it was later re-launched, but the name was different this time. The name was changed from Mars bar to Snickers Almond Bar.

I will also like to add that the Mars bar comes in different types and flavors. They differ from country to country too. So, when you find a Mars bar that tastes different from what you have in your area, don’t panic. They are all Mars bars. Nothing is wrong with the product you are consuming.

So here are some of the types and flavors of Mars bar you may find out there.

Types and Flavors of the Mars Bar

Mars Bar And Milky Way: How Both Differ In Taste

If you have had the chance to try the Milky Way and Mars bar, you will figure out that they taste differently. That’s also what differentiates the two chocolate bars.

The Mars bar has a slightly more artificial and processed taste. But really, it’s something you will enjoy. The only aspect most people find unpalatable is its nougat that tends to be more powdery and creates a kind of a mess when one is consuming it.

Adding to the mess created by the powdery nougat is the caramel. It tends to be a bit harder than expected. But then, the flavor isn’t bad, so it compensates for this.

The Milky Way’s chocolate quality tends to be better. Its creamy nougat, caramel, and chocolate make consuming this chocolate-covered candy bar a delightful one.

Milky Way Vs. Mars Bar Ingredients: Are There Any Difference That Sets Them Apart? 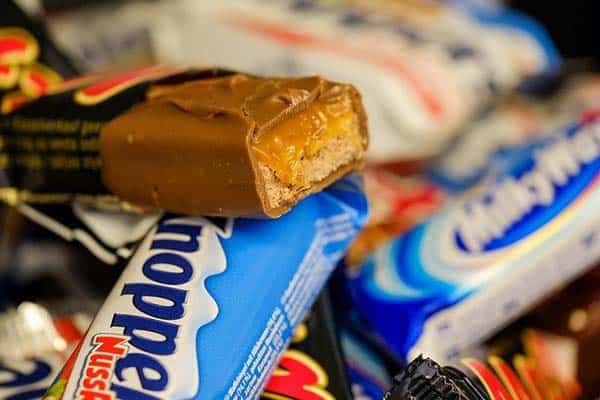 The ingredients of the Milky Way and Mars bar are almost similar. However, do you know that there is a notable difference with regards to the ingredients both candy bars have?

So what is that one constituent that differentiates them? Well, let’s start with the Mars bar. The Mars bar does not come with any full-on chocolate. Most of the ingredients of this candy bar are from powders and not natural substances.

However, the Milky Way is quite different. And as you already know, emulsifiers rule our confectionery world. The Milky Way still centers on a little processing. But then, it’s formulated with a pretty decent amount of natural ingredients.

Mars Bar And Milky Way Chocolate Addiction: Is It Even Possible?

We know people who are addicted to alcohol, cigarette, and hard drugs. But the word “chocolate addiction” seems strange right? So the question is, can one get addicted to chocolate?

Well, chocolate craving is something common. There are also similarities between the use of drugs and chocolate consumption. However, researchers do not believe there is anything like “chocolate addiction.” And even if one claims to have it, it’s not usually considered a true addiction.

But there are cravings. Women crave chocolate more than anything else, and it has even gotten a unique name. It’s called “chocoholics.” Most chocoholics understand that the addition is more of a habit formed than an actual addition.

Anyway, whatever you believe it is, chocolate craving is a habit one should fight to suppress. So if you are having mad chocolate cravings, check out the tips below to help you overcome it.

So, Mars bar vs. Milky Way: what do you think differentiates them? Well, the differences are clear from what I wrote in this post. It has to do with their texture, taste, and constituents. You can see that in the post. You can also check out the tips to put an end to chocolate cravings. The Mars bar, for example, contains a large number of calories. And overeating something like that will not be too good for your thighs and general health, you know.

Things to Consider If You Want to Lose Weight

3 Tips For Keeping Your Large Family In The Loop