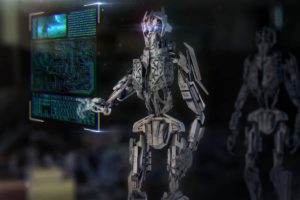 Much of the technology that we have available in 2021, which is completely commonplace today, was once the stuff of fiction movies. Sci-fi books are designed to help us escape in a world that looks little like the one we live in today. The great minds behind these futuristic worlds always include inventions and technologies that seem unfathomable.

However, as technological advancements have continued to advance, these inventions and technologies have become easier to recreate. Fictional works such as Star Trek and Blade Runner have shaped entire generations of individuals, inspiring the likes of software developers, designers, architects, inventors, engineers, and astrophysicists to come up with creations that we never imagined possible.

The best science fiction books always seem to have the foresight to predict future inventions. Indeed, certain works of fiction have even directly inspired inventors to create inventions that are now part of our day-to-day life. If you are wondering which such technologies have been inspired by sci-fi books, here are 5 technologies that have come straight out of sci-fi books:

Just over 20 years ago, a driverless car in a sci-fi novel was something to marvel at. But that’s all in the past now because self-driving cars have been part of our modern culture for some time now. Major car manufacturers such as Tesla, Lexus, and Ford have been at the forefront of driverless car technology.

Autonomous cars rely on AI to navigate to any given destination without requiring human intervention. These autonomous cars use AI technology to navigate obstacles such as road signs and pedestrians to drive effectively. As technology continues to advance and improve, self-driving cars are expected to become more accurate and autonomous than they already are today, which is good news for future drivers everywhere.

3D holograms graced the pages of sci-fi books for decades-long before they become available to us in real life. Most individuals are familiar with the hologram projection featured in the first Star Wars books. Yet it wasn’t decades later until holographic projection such as the one projected by R2-D2 and princess Leia became a reality.

The most popular modern holographic encounters in real life that people have experienced today are Michael Jackson’s and Tupac’s epic performances. As the holography industry continues to mature, it is expected to bring with it new techniques that have the potential to transform imaging and microscopy as we know them.

The first real hologram was created in 2018 by researchers from Birmingham Young Universities in Utah. Their hologram used a system known as volumetric display that works by using lasers to move particles that then create a holographic image.

Voice assistants have become incredibly popular in the last 5 years. But before this invention was introduced for the first time in 1961, it was only available in fiction pages and sci-fi movies. Some of the most popular voice assistants today including Siri and Amazon Echo have become so ingrained in our daily life that it’s almost impossible to imagine a world without their presence.

Today, voice assistant technology has made considerable improvements ever since it was introduced in the 60s. Virtual assistants are literally household names. Just by beckoning them, they can handle a range of tasks for you from adding grocery items to your shopping lists to automatically activating your home security systems when you are not home.

Any science fiction book that has been written in the last few decades is bound to have an artificial intelligence element in one way or another. AI is the fodder of fiction movies and books and this technology has been with us for some time now. However, when most individuals picture AI, they envision technology that only big tech giants are dealing with.

What most people don’t know is that they interact with AI almost daily. Don’t believe it? Every time you unlock your phone’s screen with your face ID, that’s AI in action. AI is also used to personalize the type of profiles and posts that appear on your social media feed based on your past browsing history. That’s why whenever you are on social media sites such as Facebook and Instagram, you’ll always find friend suggestions that you are likely to resonate with.

Tools such as spell checkers are another great example of AI in action. These tools use AI and AI technology such as Natural Language Processing to check spelling mistakes. Search engines such as Google would not be able to deliver the kind of search results that you enjoy today without AI in action. According to the healthcare weekly staff, AI is also used frequently in healthcare.

So as you can see, what was once only imaginable in fiction novels has now become a commonplace technology that can be accessed by everyone. Today, AI is applied in all industries and sectors from healthcare to e-commerce.

Hoverboards first gained popularity when they were featured in the fictional series ‘Back to the Future. In the film, hoverboards like the ones used by protagonist Marty McFly were used to make a quick escape. Although hoverboards were only available in fictional movies and books, the first real-life hoverboard was introduced in 2015 by a California-based company.

And today, hoverboards are as easily accessible as any other commodity. Hoverboards utilize a technology known as the Magnetic Field Architecture, which is what allows the board to levitate or provide a lift as though one is floating in the air.

Science fiction movies and novels have always had an uncanny ability to make us dream and envision everything that the future can hold. Over the last 10 years or so, sci-fi has served as an excellent mechanism to display our ingenuity and imagination.

Nowadays, you’ll find plenty of inventions that only once existed in movies and fictional worlds. The items and technologies listed here are just the tip of the iceberg. The next time you shop on Amazon based on the recommendation the e-commerce store provided, pause for a moment to remember that sci-fi popularized that idea.

The Top 6 Most Promising Cryptocurrencies For 2022

The Low Down On Mortgages & Refinancing

5 Of The Best Kept Secrets On Koh Samui