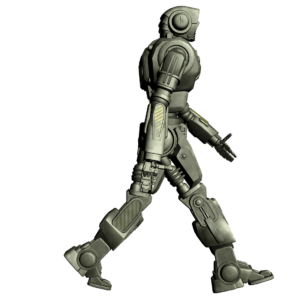 Do you care to know what happens to society when robots replace workers? You are not alone! But the thought of it is sickening. How will families fend? Anyway, it’s upon us whether we like it or not. We humans need to prepare for the good or bad that will come with this development.

So what would happen to our society when robots replace workers?

The truth is robots have been replacing workers before now. It didn’t start today. But it might become a serious issue in no distant time, given the rate at which the technology is progressing. There will be a significant job loss, and many workers will have less economic value. Workers may also experience financial challenges as a result. But humans will always find a way once this happens. It could give us enough time to focus on other things like culture, space exploration, or even taking proper care of nature. In a nutshell, we will have time to focus on fixing and improving several aspects of our society.

What Jobs Can Robots Replace Workers In Our Society? 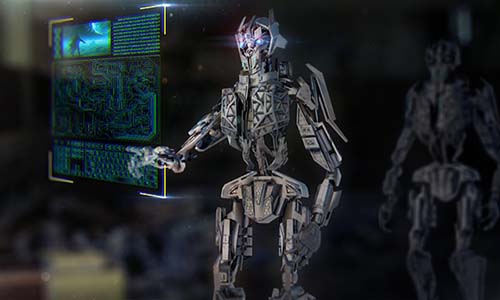 You are probably wondering and asking yourself, “Is my job safe”? Everyone should be asking this, so I expect nothing less in this fourth industrial revolution. Most of the jobs already displaced or run a risk of being displaced consists of process-driven ones.

And just so you know, these positions or jobs can easily be automated. In other words, robots or AI can be deployed to perform the tasks that humans occupying these positions do.

What Are The Process-Driven Jobs That Are In Serious Threats?

Well, a couple of industries or sectors. Examples of jobs robots and AIs can take over are:

Can robots do these jobs faster than humans?

The reason most companies would choose robots and AIs instead of humans is because of efficiency. Robots or AIs can perform most of these automated jobs more efficiently and faster than humans do.

Should Society Be Worried About Robots Replacing Workers?

Well, maybe. That’s another honest and short answer I can give. But I have to be clear at this point: Don’t believe anyone that claims to know everything about the future and can tell what the future of workers holds.

The best we can do to get futuristic answers is to speculate. And it has to be based on existing facts, ideas, and trends. However, the idea that we are about to lose more of some of our jobs to robots is real. Hence, we need to take these issues seriously.

So, if you feel that talks about robots and AI replacing humans isn’t real or isn’t a serious issue, then take a look at the estimates and facts below. You will understand how fast things are changing before our very eyes:

But here is the reality. We are not entirely sure if the projections above would become realities. They might or might not. That’s the truth. However, automation may give rise to job loss, which is something that workers will learn to live with.

Here are things experts have observed in the “second economy” and how things are changing before our very eyes:

Robots And AI Replacing Workers In The Workplace: What Are The Forms Taken By Automation?

Automation has already taken different forms, such as computer-controlled steel mills. In such cases, you will find a few employees doing the work of thousands. The point is industrial robots may have replaced the thousands of employees displaced.

Another form is mechanical arms, which comes programmed to move tools like wielding torch, paint sprayer via a series of motions. And just so you know, there are currently over 2 million robots used globally. You will find them in electronics assembly lines and automotive industries.

What Could Slow The Growth Of Robots Replacing Workers In The Society?

We fear for the worst that could happen when robots take over our jobs. It’s also possible that the figures and speculations about this topic could be mere speculations. Only the future holds the perfect answers. However, experts believe that robots replacing humans could slow job growth in the U.S.

But then, certain factors could slow the growth or use of robots in place of humans unrealistic. One of them is the cost of acquiring and maintaining these machines. If the cost remains too high, then companies would instead stick with their workers. Cost is also one of the reasons new technologies don’t become a hit or get widely accepted as envisaged.

Another reason would be regulatory and legal restrictions. The government would not just fold their arms or be happy with millions of unemployed citizens. Remember that the idle mind is the devil’s workshop. So there could lead to civil unrest or a society that is difficult to rule

A Better Way To Handle Workers Displaced By Robots In Society 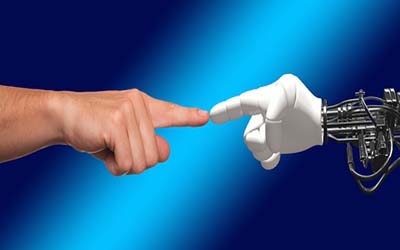 No government would like to see her citizens suffer. On that note, I believe that workers that get replaced by AIs and robots will not be left to suffer in poverty. Companies might be comfortable automating their daily tasks. But they may be asked to pay hefty taxes, which will be used appropriately to reintegrate or take care of displaced workers.

However, I earlier explained that most of the jobs for which workers will get the sticks are process-driven jobs. These consist of positions that can easily be automated. Industries like transportation, customer service, and manufacturing come to mind.

Now here is the thing: Allowing robots to do the jobs of humans does not guarantee us a robust, productive future. Merging workers and robots can. Robots and humans, according to most experts, need to work side-by-side. Let robots take care of the automated tasks while humans focus on the ones that require a creative or personal touch.

Furthermore, not all displaced workers will indeed be reintegrated. So, the profound way to handle the situation would be to re-train and let them apply their skills in other fields or positions. For instance, a displaced customer service employee can use his or her problem-solving and interpersonal skills. There is a guarantee that such an employee would be efficient when hired.

I am sure you now understand the answer to the question, “what happens to society when robots replace workers”? Let me conclude by saying that theoretically, robots (machines) can take over positions occupied by humans. And this could even become worse once they become a bit more intelligent than humans.

Is Chegg Worth It?

Can You Get Ink Poisoning From Drawing On Yourself

What Do Hospitals Do With Still Born Babies?

Cooking With CBD Oil: A Guide on How to Make CBD Edibles

4 Reasons Why Creating a Will is Necessary to Protect Your...