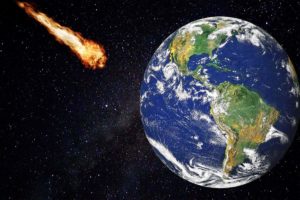 With all sorts of extraterrestrial objects falling from the sky, you might wonder how can you tell a meteor from a comet. Even though people call all of the space rocks “shooting star”, there are some big differences between them. And with a little bit of effort, you can learn how to differentiate them.

So, how can you tell a meteor from a comet?

A way to differentiate comets and meteors is that the later ones are celestial bodies that have entered the Earth’s atmosphere. Comets, on the other hand, are the shooting stars traveling through the solar system, but far away from our planet. So, basically, a meteor is a comet that’s entered our atmosphere. 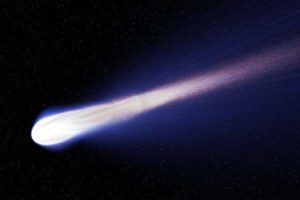 People often confuse comets and asteroids, which is why we’re now going to explain what each of these terms means.

The main difference between comets and asteroids is their composition. Comets are extraterrestrial objects composed of dust and ice. Asteroids, on the other hand, are made of metals.

In astronomy, the easiest way to distinguish between the two is to remember that comets have tails and asteroids don’t.

As comets approach the sun, they grow tails, which shines on the night sky. Therefore, it’s obvious why people nicknamed them the shooting stars.

How the comet tail is created is that the sun’s rays melt the ice that makes the core of a comet, vaporizing it. The gas stays behind the comet, throwing dust along with it, which is what shines in a sort of blueish color.

Even though comets (and their tails) are millions of miles away from our planet, sometimes people can see them clearly. But, being able to see a comet does not mean that it’s approaching the Earth, although sometimes, comets do enter the atmosphere of our planet. 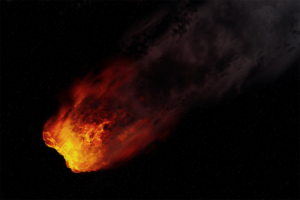 A meteor is a space object that gets into the Earth’s atmosphere, burning and vaporizing as it passes through it. This creates a long dust trail behind, which is the reason why meteors are also called shooting stars, same as comets.

Meteor can actually be any space rocks, including comets and asteroids. But, as soon as they enter the atmosphere of our planet, these celestial objects are classified as meteors.

Although most meteors get destroyed to tiny pieces and dust as they travel through the Earth’s atmosphere, some of them do fall onto the ground. And those that end up on the surface are called meteorites.

By definition, a meteorite is a piece of space debris that makes its way to the surface of the Earth. Those meteorites that are discovered after their fall is observed are called meteorite falls. If a meteorite is found on the ground without its fall being observed by anyone, it’s called a meteorite find.

Only after they’re confirmed to be genuine meteorites are they sent to museums or sold at hefty prices at auctions.

Most Famous Meteorites In History

Throughout the history of humankind, meteorites were thought of as divine signs. Shiny stars falling from the skies have caused people to come up with all sorts of theories regarding their nature. As a result, many ancient cultures worshipped these space rocks.

The Temple of Artemis at Ephesus, for example, which was one of the Seven Wonders of the Ancient World, was built on the place where a meteorite fall. The Ancient Romans made this temple believing the meteorite had fallen from Jupiter, a planet personifying their principal deity.

Throughout centuries, space rocks found on Earth were worshipped and fearedin many cultures. Speaking of the fear of meteorites, it’s pretty irrational, considering that there’s only one confirmed human hit by a meteorite.

It happened in 1954 when an Alabama housewife was hit by a space rock. It didn’t kill her, nor caused serious injuries. But, she was very lucky.

The space rock crashed through her roof, hitting her radio, before finally bounding onto her lap. The meteorite in question is now exhibited at the Museum of Natural History in Tuscaloosa, Alabama.

Even though there are no confirmed deaths by meteorites, there are many anecdotes that such things did happen in the past. The latest such story comes from India, where a person is claimed to be crashed by a space rock a few years ago.

Although meteorites aren’t big man-killers, these rocks have caused a lot of damage to property. In 2013, a huge meteoric shower hit the Russian city of Chelyabinsk.

A large space rock with a 17-meter diameter and a weight of more than 10,000 tons, entered the Earth’s atmosphere at a speed of 18 kilometers per second. The atmosphere of our planet is much thicker than the empty space outside it, which caused the rock to disperse into thousands of small pieces.

And many of those pieces fall onto the Chelyabinsk area. Meteorites didn’t hit people in Chelyabinsk, but the event did leave some consequences on the health of people from the area. A woman was hospitalized with a broken spine and there were many people with cuts and bruises caused by shattered glass.

Once the space rock entered our atmosphere, a huge explosion happened, causing a blast that turned the night into day. As a result, many people suffered temporary flash blindness, while there were also reports of people suffering ultraviolet burns. 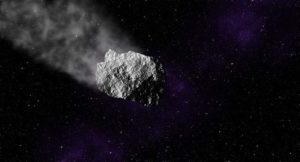 The people of Chelyabinsk suffered minor damage from the meteorite shower, especially compared with the gain some of them got by selling meteorites.

A huge number of small meteorite rocks were collected by the people of this city. Many of those rocks ended up in museums, while some were sold to collectors of such items.

Collecting and selling space rocks has proven to be a lucrative business. Due to their scarcity, these rocks are incredibly expensive. The price of a meteorite can go up to 5 dollars per gram. Considering that a single rock weighs several kilos, there’s a lot of money to be made in this business.

Speaking of meteorite trade, Morocco is the leading nation in the world. The reason is simple – a large part of this country is made of the Sahara desert, where there are many meteorites to be collected.

It’s not that Sahara is the place where meteorites fall the most; the real reason is that it’s easy to spot them in a sandy desert. A space rock made of iron is not difficult to spot when surrounded by an endless mass of bright sand.

The space has always been the source of inspiration for artists throughout history. The vast space outside the Earth is packed with interesting stuff, which you definitely want to learn more about. Here are some common questions and answers that are guaranteed to intrigue curious minds!

Was the Star of Bethlehem a comet, asteroid, or meteor?

For devout Christians, the Star of Bethlehem is thought to be a miraculous sign, announcing the birth of Jesus Christ. Considering that it happened more than two millennia ago, modern science is incapable of determining what kind of phenomena it was. Some believe it to be a comet, some think it’s a meteor, while lately, many scientists believe it was a supernova.

What is a supernova?

In simple words, a supernova is the death of a star. A large start explodes, causing a massive burst of light to spread all over the space. Despite being a gazillion miles away from us, sometimes we can see it with the unaided eye.

Did someone ever get killed by a meteorite?

Although no kills were confirmed, there are reports that at least one person was killed by a meteorite in India. There are even more reports about meteorites killing animals.

Did a meteor wipe out the dinosaurs?

According to one theory, a large meteorite was the culprit of the extinction of dinosaurs. Considering that the event took place some 66 million years ago, it’s impossible to tell whether the theory is true or not.

Asteroids are rocky objects that orbit the sun in the same manner our planet does. The reason why they’re not classified as planets is that they’re much smaller in size. An asteroid can be anywhere from only a few inches in diameter to several hundred miles.

These space rocks are primarily found in the so-called asteroid belt of the solar system. It’s located in the area between the orbits of Jupiter and Mars.

A planetoid is actually a small planet. Similarly, a large asteroid can be called a planetoid. The most famous planetoid is Pluto, which was recently stripped of its planet status.

Is Pluto a planet?

Not anymore. Even though it was called a planet for many decades, Pluto is now considered to be a planetoid or a dwarf planet.

What Are The Rarest Forms Of OCD?

25 Must-Know Reasons Not To Commit Suicide