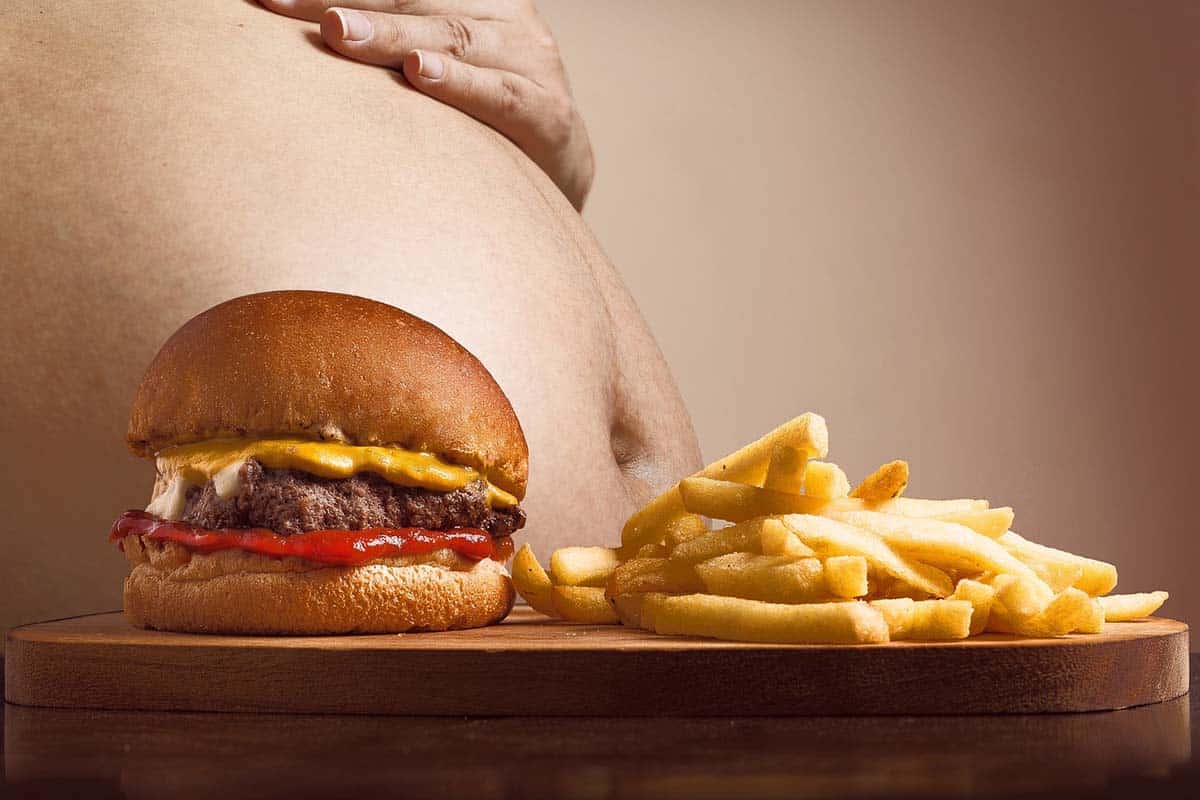 We live in an era where problems seem to be on the increase by the day, some of these problems are self-inflicted while others just come to be. With the numerous changes that people experience in their lifestyle and food choices, it shouldn’t be a surprise that a wider population is now falling into the trap of health and lifestyle issues.

One of the challenges that face mankind today is the issue of obesity. This is a condition where excess body fat accumulates to a point where it becomes rather detrimental to human health. A person is diagnosed with obesity when the height and weight of the person are imbalanced. When not controlled or treated, this can lead to more serious problems in the future. For others, it could also be fatal.

What Are The Characteristics Of Obesity?

A person can be said to be obese when their body mass index (BMI) exceeds 30kg per square meter. The value may be lower some parts of the world, however. Obesity becomes a challenge because it leads to some other conditions such as sleep apnea, cardiovascular diseases, and cancer. Today, unfortunately, obesity has become a very serious problem to the point that it not only adults, but it also affects children.

So, when did obesity become a problem? Read more about it below.

The exact date when Obesity became a problem may be quite difficult to point out; however, it began to be noticeable in America in the 70s. The rates began increasing from the 1960s to the 1970s. However, in 1976, there was a noticeable spike in it and it has not stopped rising since then.

There are quite a several reasons that could have given rise to this problem. For instance, High fructose syrup found its way into the food market back in the 70s. This type of sugar is sweeter, cheaper, and is stable in acidic foods.

Furthermore, the 70s and 80s witnessed a spike in good-food, bad food press. This leads to a lot of confusion in the minds of consumers, with foods hitherto labeled as bad becoming good overnight vice versa.

What Makes Obesity Such A Serious Health Concern?

It is worthy of note that obesity is one of the leading causes of preventable death on a global scale. Based on a statistic gotten from 2012, about 600 million adults and 100 million children worldwide were obese.

Obesity is, however, more common in women than men, and it is seen as one of the greatest health challenges of the 21st century. In some sections of the world, it is seen as a symbol of wealth and good living while it is viewed as an issue in some other parts.

Is Obesity The Same Thing As Being Overweight?

It is different from being overweight which implies having excessive weight. Such overweight may be a result of heavy bones, fat, or even body water. They are however similar because both imply that the weight of a person has gone beyond the normal healthy level. Generally, once a person has been diagnosed with obesity, one of the most common treatment forms has to do with losing weight.

What we eat daily plays a big role in determining the quality of life we experience. Foods give us the needed nutrient needed for us to live a qualitative life with the right nutrients and calories. However, when we consume more calories than we can burn, the body stores them as fat. And if we overeat regularly, we add weight, and the more weight we gain, the greater the chance of becoming obese.

Obesity is simply the product of accumulated body fat and is considered to be a chronic disease. It also comes with several long term issues to your body and causes more death and most people are aware of it. Currently, obesity is classified as an epidemic in America and several other developed countries. It is also on record that over 60% of Americans are said to be overweight. Out of this number, about one in three of them are considered obese. One reason why obesity seems to be on the increase in society is the abundance of food. The major causes of obesity include lack of physical activity, excessive food intake, and a genetic angle. There are a few instances where endocrine disorders, genes, and mental disorders lead to this condition. The belief that obese people sometimes eat little but grow fat as a result of a slow metabolic process is one that is not supported medically. An average obese person usually has a higher use of energy when compared with the average person due to the energy required to move their body. Here is a breakdown of some of the possible causes of obesity in society:

What Are The General Signs And Symptoms Of Obesity?

Obesity can be to several people a lifetime of struggles. There are several signs generally associated with this condition, some of which include stroke, heart disease, high blood pressure, gout, lung disease, fungal rashes, dementia, and depression.

However, depression may be one of the most notable effects of the condition because a large number of obese people tend to suffer from emotional issues. This may be connected to the pressures in our society as regards physical appearances. This school of thought tends to associate slimness to beauty and fatness to being unattractive.

Obesity can also be traced as one of the major causative factors of Diabetes.

What Is The Solution To Diabetes?

The most ideal route for people fighting obesity is to eat less and work out more.  Eating less and working out more would translate to weight loss. The simple reality is that there is no shortcut to this process. There are also medical procedures that aim to lower a person’s body fat.

When Is The Ideal Time For A Person To Medical Help For Obesity?

If you are battling with obesity, you ought to have someone who is a primary care physician who can monitor you closely.  There are several things you should see a doctor for when you observe them. Firstly, if you are obese and you do not know what to do to lose weight in addition to failing to lose weight on your own. You should also contact a health care provider if you feel concerned about the weight loss method you are using.

Are There Alternative Weight Loss Programs One Can Adopt? 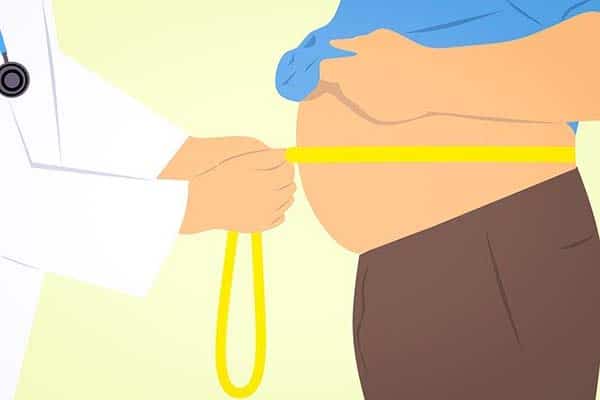 Yes, there are! If you are reducing your daily calorie intake by about 500 calories or burning out 500 calories daily, you would lose up to one pound per week. Also, if you are to lose 10 calories each day, it would mean that you will have lost a pound of weight after one year.

The ideal diet plan will have to factor in exercise as it helps in the process of metabolism. If you intend taking up exercise, you should do so for at least 30 minutes every day. Regular workouts also help your lungs and heart perform better. You may also opt to join a weight loss support program.

Is There A Medical Remedy For Obesity?

Yes, there are now many medical remedies for obesity. As, in fact, obesity is now a very common problem to treat. This treatment, however, places emphasis on lifestyle modifications such as proper dieting. Before, being overly dependent on medicines, most doctors will first suggest a lifestyle change for the first three months or so. Most obese patients do see positive differences in their weight and overall health after making that conscious effort to go for a healthier way of life.

Then, if this still doesn’t work, you now become a good candidate for medication. There are however certain medications that help with the weight loss process even though they work in tandem with the dieting regime. The majority of such medications simply assist in suppressing the urge to eat per time.

The most important thing to remember is that when you’re treating obesity, it’s very important to be under the constant supervision of your doctor. Don’t make any decision by yourself as this is an important matter of your health. One wrong move may only put you in the pitfalls of the complications that come along with being obese.

Obesity has become a greater problem with the advent of social media and the attendant societal pressures. While many have gone the more positive route to live a healthier life, there are also those that, unfortunately, have succumbed to the temptations of unhealthy food choices. Whenever they see someone eating unhealthy food on their social media accounts, they also start to crave for the same. That notwithstanding, it’s imperative to point out that it’s not the end of the world as people have gone on to live wonderful lives with it. It is however important that one takes steps to escape this condition. When you’ve been diagnosed with obesity, do be assured with the fact that this is an entirely manageable and controllable disease.