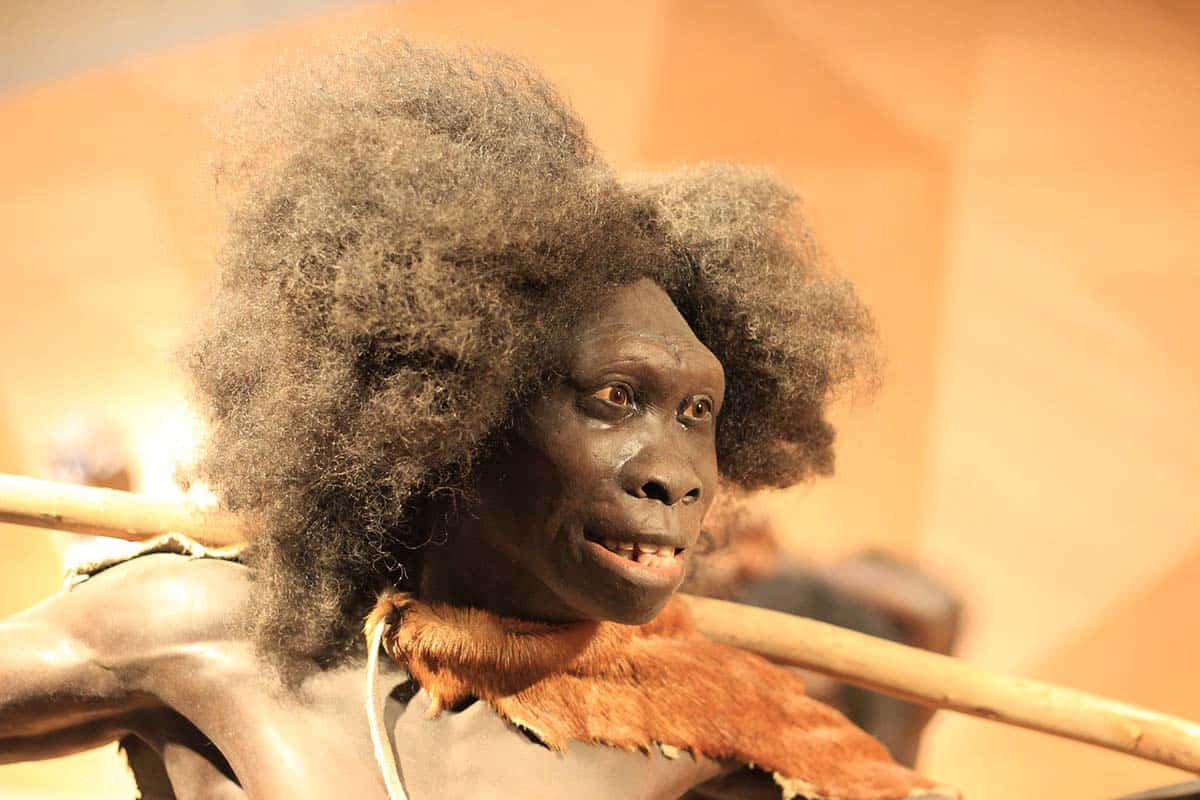 Neanderthals are specie that existed for a minimum of 200,000 years all through Western Asia and Europe. They, however, disappeared from the surface of the earth about 27,000 years back. During this period, they saw some of the coldest climatic conditions ever. Some of their physical features were visible indicators that they were quite adapted to the cold. Such features included shorter limbs, barrel-shaped chests, and bigger brains. All these features were indicators that they had a body shape equipped to retain heat. They were equally quite good at hunting animals and coming up with complicated tools. Their bones also indicate that they were quite strong and muscular and experienced frequent injuries due to the hard life they lived.

The Neanderthals were quite intelligent and were able to adapt to the earth for about 200 Millennia. But what did Neanderthals look like; we will explore this and other related information in this article.

The crania of Neanderthals possess several features that become visible early on in life which indicates that it is a product of evolution. The features that are peculiar to Neanderthals as found in their skeletons included elongated forearm magnum, mid-facial prognathism as well an inferiorly placed mandibular condyle. In addition to this, the appearance of the face and skull can also be greatly affected due to several genetic factors. It is worthy of note that when compared with humans, they were quite larger. They also had larger muscles with bigger skeletons. A 2019 study indicated that they also walked upright like humans. Evidence also suggests that they were quite stronger than the modern-day human being.

They were, however, a bit shorter than humans based on the 45 long bones gotten from several males and females. The study also indicated that some of them may have had red hair.

Neanderthals are an extinct species of archaic humans who dominated Eurasia till about 40,000 years back. They most probably went extinct as a result of competition from modern humans or as a result of climate change, diseases or even a fusion of the aforementioned possibilities. There isn’t any clear explanation as to when they split from modern humans. However, DNA research has indicated a range between 182 kya and 800 kya. The oldest known Neanderthal bones date back to 430 kya even though the classification isn’t certain.

The technology used by this category of people is thought to have been quite advanced for its time. They include the Mousterian stone tool technology as well as their unique ability to create fire. They are also noted for their abilities to weave, craft simple clothing, and use medicinal items. They are known to have made use of quite a several foods mainly the hoofed mammals as well as another megafauna, small birds, plants, and marine resources. Even though they were apex predators, they are known to have also competed with cave lions, cave bears as well as other large predators. There are instances of Paleolithic art that have been attributed albeit controversially to Neanderthals, the most famous of which is the Spanish cave paintings. There have also been some claims of religious beliefs as well as the possibility of speech even though it is not yet clear how complex their language was.

A Look At The Anatomy Of The Neanderthals

Neanderthals are thought to be stockier than humans and have barrel-shaped rib cages as well as proportionally shorter forearms and legs. It is believed that their weight was about 77.kg for males and 66.4 kg for females. The body mass index of the males was estimated to be around 26.9 to 28.2 which can be taken as being overweight in the modern era.

Their necks are also noted to be quite thicker and longer than what is obtainable with modern humans. This is probably the reason for their stability. Also, even though thorax of the Neanderthal was almost the same in size with modern-day human beings, the straighter and loner ribs can best be equated to stronger breathing in the lower thorax as well as widened mid-lower thorax. These are all indicators of a larger diaphragm and lungs. It is also a fact that their chest was quite large.

Their body proportion was also discovered to be hyperactive as they share similarities with human populations that evolved in the cold conditions. It is worthy of note that the build of the Neanderthal is quite alike to the Siberian Yupiks and Inuit among human beings. The shorter limbs they possessed were also an indicator of the ability to retain heat in the body. They had elongated heel bones thus lowering their ability to engage in endurance running. Also, the shorter limbs they possessed would have greatly lowered moment arm at their limbs thus permitting greater force of rotation at the ankles and wrists without need for extra exertion of the muscles at the knees and elbows by speeding up the muscle contractions.

The facial features of the Neanderthals included reduced chin, large nose, and sloping forehead. Their skull is also elongated typically and is less globular than what is obtainable with the modern-day humans. They also have a protrusion behind their skull even though it is similar to what human beings have.  This is as a result of the cranial temporal bones and cranial base that is quite higher as well as a flatter skullcap. They also possessed bigger eyes which are quite likely to adapt to the low-lighted surrounding.

It has also been explained that paranasal sinuses and large nose had warmed air as they found their way into the lungs. Sinuses, on the other hand, are often reduced in cold-adapted animals. It is also worthy of note that the sinuses were not entirely large and can be compared with that of the modern-day human beings.  The size of the sinus is not a vital factor for the breathing of cold air and their main use is not known. It, therefore, suffices to say that they may not have been the right indicator of the pressures that such a nose faced.

Furthermore, they had a protrusion of their jaws. This was once attributed to a response to a large bite force even though the same wearing trends have been observed with humans. There is also the possibility that it could have evolved to permit larger teeth within the jaws. Also, the apparent increase in wear at the front teeth as against the back teeth is probably an indication of repeated use. The dental wear patterns of Neanderthals are quite similar to that of the modern-day Inuit.

Their incisors are reputed to be shaped like a shovel and large. It is thought that the bite force of Neanderthals and humans is the same. This is about 285 N and 255 N in modern humans.

Furthermore, more of their brain tissue was dedicated to bodily control and maintenance and as such, the cognitive regions of their brains were quite smaller than in humans. A study carried out back in 2011 indicated that about 85 percent of them were dominantly right-handed with the remaining being left-handed. In the case of modern humans, about 52 percent are dominantly right-handed and 12 percent of them are left-handed. While 36 percent are ambidextrous.

What Was The Skin And Hair Color?

The lack of sunlight may have been the main cause of lighter skins in Neanderthals. This is even though light skin was not a common feature among the modern Europeans of that time. The BNC2 gene was very much present in Neanderthals which is quite synonymous with light skin color. There was however a second variant of the BNC2 which is synonymous with dark skin color. There is also the chance that Neanderthal skin color was different from one region to the other. They were also said to have red hair.

When Did They Go Into Extinction?

It is believed that the Neanderthals went into extinction between 41 kya and 39 kya. They were eventually replaced by modern humans. There are indications that humans forcefully collected Europe from them as a result of their inferiority.

There was indeed a time when the Neanderthals dominated the earth. The features they possessed made them good hunters while also giving them the ability to come up with witty inventions. The similarities they shared with humans are also something worthy of note. Though they are extinct, they will continue being subjects of study and discourse for more years to come.

What Type Of Dog Is Marmaduke?

Sell To Open Vs Sell To Close: All The Differences Explained

How To Handle Your Allergies: 8 Tips, And Why See A Doctor?

How Many Words Is 1000 Characters? Don’t Leave Until You See This

How Can I Get HBO Max At The Cheapest Price?