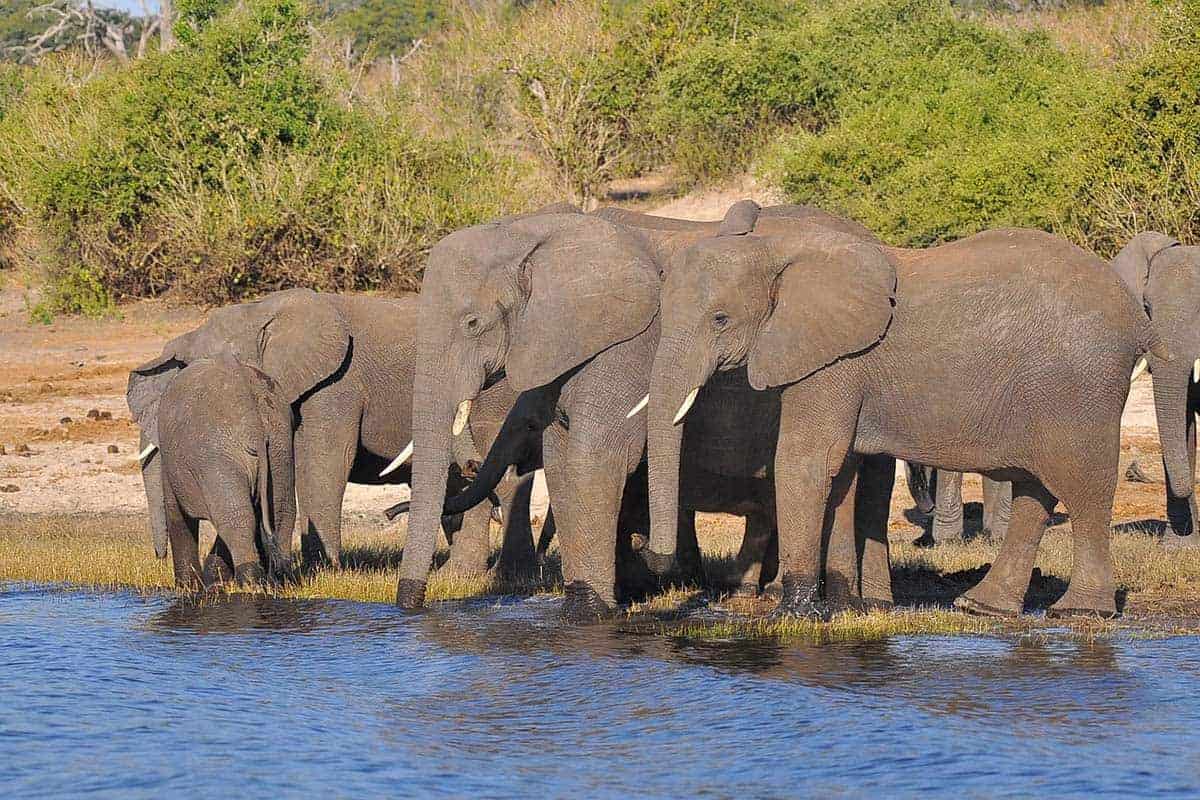 Knowing the goal of wildlife conservation is essential. It is only then that we can be more serious about it. We hear in the news that certain animals are at the point of extinction. And that means we won’t be seeing them around again. So here is a pressing question:

What is the goal of wildlife conservation?

Well, the goal is to make sure that nature is preserved. In other words, wildlife, which refers to plants and undomesticated animals, will be made to stick around for many generations to come. Future generations will have the privilege of seeing them and value their existence. It should also be noted that wildlife conservation benefits humans in several ways.

In school, and across media platforms, we often come across the world “wildlife conservation.” It’s not a big word, but it’s one that is important at this point. Many wild animals and a host of plants are going into extinction. And if we don’t act urgently to save the situation, things may go from bad to worse.

So wildlife conservation refers to efforts put in place to help prevent wild species on planet earth from extinction. It involves plants too, not only animals.

Conservation and wildlife are two different words. Let’s look at the meaning of conservation to understand what “wildlife conservation.” means.

Conservation is a scientific study that involves nature. The sole aim of this study is to protect species, ecosystems, and habitat from extinction. It is the efforts humans like you, and I make to ensure the maintenance and restoration of habitats belonging to threatened species.

Now, the thing is each one of us has a role to play in wildlife conservation. It’s not a task for the government or non-governmental bodies alone. We can start by stopping or lowering the felling of trees in whatever territory we are occupying. So even if you don’t have the resources to sponsor a planet-friendly program, you can contribute in your own little way. 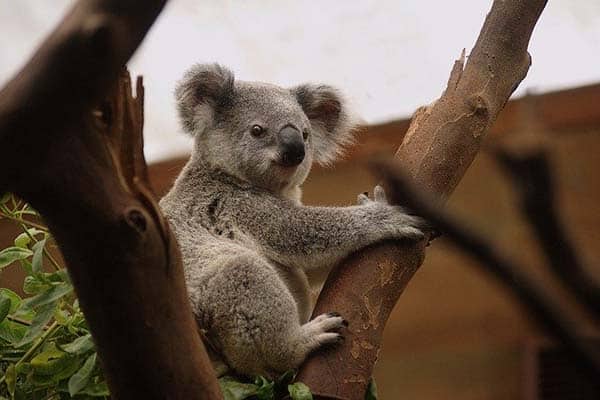 So you can see that humans will still benefit from this move. But the question is, what can we all do? Well, there is a lot, have that in mind.

Alright, now let’s look at steps we can all take to make wildlife conservation a success.

1. You can speak up for wildlife

Be a voice for endangered and vulnerable species. Your voice matters a great deal and can prevent these animals and plants from extinction. You can voice out your concerns via social media, organize nonviolent protests, and via other means. The aim will be to force the hands of government agencies and elected officials to create and support policies that promote wildlife conservation.

2. Get a better understanding of endangered and vulnerable species

3. Ensure protection of the environment

If you sincerely want to assist wildlife, you should start by making sure that their habitat is well preserved. You can organize a special trash clean-up program to ensure that the habitats of these endangered species are safe and habitable. Another step you can take is to lower your consumption or use of consumer products. Many of these products are made via the use of natural resources. And the worst thing is that they create pollution and waste that can threaten the existence of wildlife. Waste like bottles and plastic cans can easily find their way into wildlands and oceans and could create problems for species staying there.

Deforestation is one of the things that is contributing to wildlife extinction. It is as a result of this act that some of the endangered trees have gone into extinction. Trees also provide shade and offer other benefits that help sustain animals. So when you fell trees, you are indirectly removing the source of livelihood of some species of animals. And when they have no means to support themselves, it’s easier to go into extinction.

Trees planting is essential for wildlife conservation. So encourage people to plant as many trees as they can in their backyard. Make them understand how having trees around their residential area can help contribute to their wellbeing and that of wildlife. They can plant trees, native flowers, and maintain the bushes in their backyard. Make them understand that they are providing food, shelter, and a place these animals can comfortably raise a family. However, the use of fertilizers and pesticides should be reduced to the barest minimum.

6. Be gentle with animals

Whenever you come across animals anywhere, be it at a park or on a trail, water source; be kind. You should also allow the animal to go its way. Do not attempt to remove it from its natural environment. The reason is that they have learned to do well in their natural habitat.

Do not neglect animals that are injured or caught in a trap. Whether non-target species (cat, dog, or bird) or endangered species, you need to show care. You can take the animal to a veterinary doctor for help. Remember that when you save the life of one animal, you are saving a thousand more. 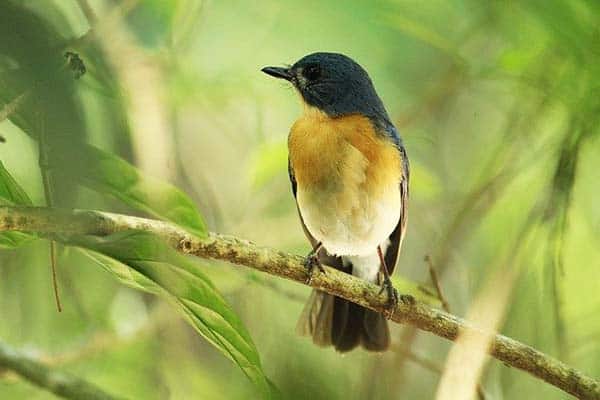 This is a serious problem that most of us do not recognize. Bird collision claims the lives of over a billion birds each year. But we can help to address this situation. The simple step is to use markings on our windows. That way, they will be more bird-friendly.

Wildlife Conservation: How Does Flora And Fauna Species Become Extinct?

We are aware that not all plants and animals will be around in the next 20 or 30 years. It could also happen before then. So it is normal for wildlife to become extinct. But when more of these species are lost, then we have a serious issue on our hands.

Here, I am just going to list the various factors that contribute to wildlife extinction to help us know where we are going wrong.

So these are the obvious factors that give rise to wildlife extinction. And the exciting part is that we can control most of these factors. For example, global warming (climate change) can be addressed by nipping some of the problems in the bud.

What’s that problem? It has to do with greenhouse gases. We can make it our duty to discourage the use of fossil fuels and encourage cleaner energy. Also, afforestation programs can help to save climate change problems and wildlife extinction at the same time.

The thing is trees help to get rid of excess carbon dioxide, which is a greenhouse gas, from the atmosphere.

Wildlife Conservation: How Will Humans Benefit?

The exciting thing about wildlife conservation is that it offers numerous benefits to humans. We are conserving wildlife. But in return, these plants and animals make our planet habitable. Check out the benefits below.

One of the benefits of wildlife conservation to humans is food security. When we protect the forest against deforestation and restore natural habitat, there is a big chance that economic opportunity could increase. It also helps to promote agricultural diversity.

Researchers and scientists have depended on wildlife to figure out ways to boost human health. So conservation of the wildlife will make it possible for them in their quest to find a solution to other pressing health issues.

The thing is biodiversity creates tons of possibilities. It could either be cultural, societal, or economical. Regions with particular species of wildlife earn foreign exchange from tourist visits.

So what is the goal of wildlife conservation? Well, it is obviously to ensure that wildlife remains for years to come. They are conserved for future generations. It is also noteworthy that wildlife conservation is beneficial to humans. But when the reverse is the case, it could lead to food scarcity and more. That is why we all must come together to prevent wildlife from extinction. Keep in mind that it is essential for food security, health, and more.

Whale Shark Vs Blue Whale: What Are The Differences?

Which Ear Is The Gay Ear?