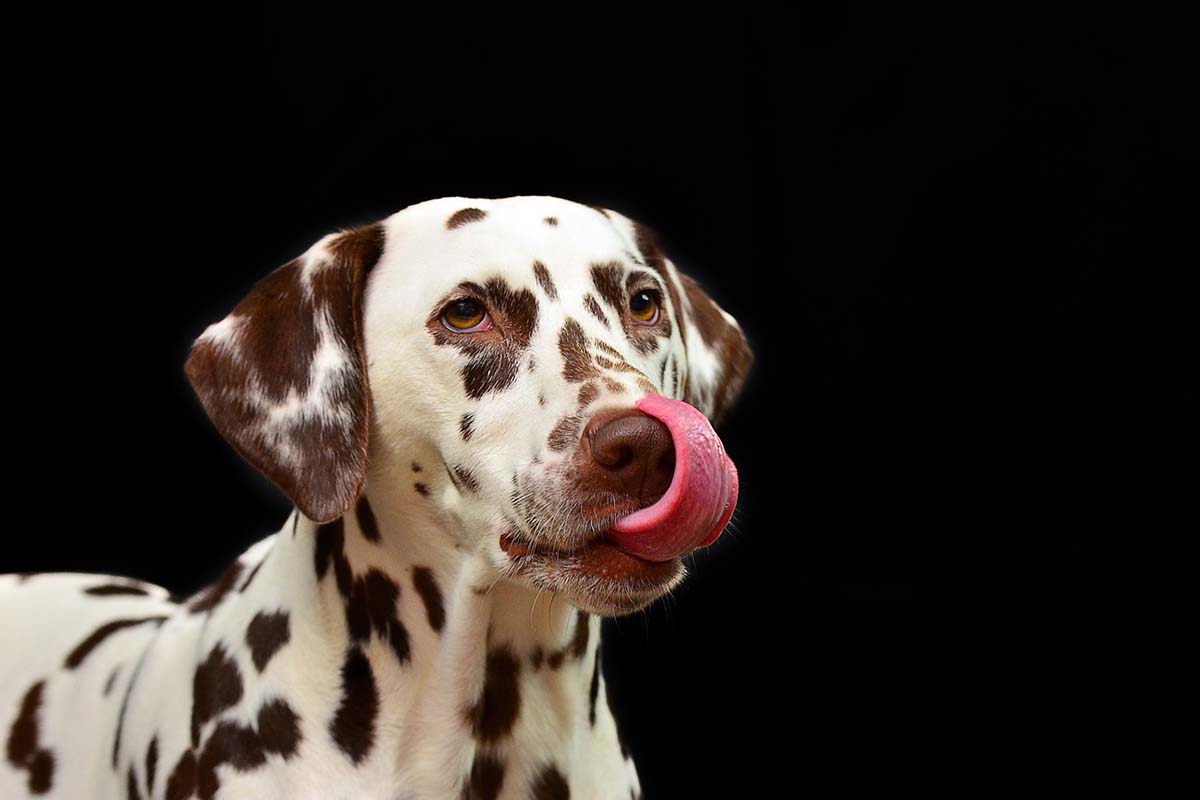 What type of dog is Marmaduke is a question I am sure many are still asking. For the records, Marmaduke was a movie that graced our big screen years ago. It’s also one movie most of us who have the opportunity to watch, can’t get out of our heads. The unique traits portrayed by the dog in the movie made it lively. So here is the question begging for a proper answer:

What type of dog is Marmaduke?

Well, Marmaduke is a massive, reckless, and strong Great Dane. He is the property of the Winslow family and said to measure around 40 inches and above at his withers. He also weighs about 160 pounds and is the protagonist of the movie “Marmaduke.” You should also know that the Great Dane belongs to the German breed class of domestic canines. And they are famous for their giant sizes. In short, the tallest dog in the world is a Great Dane dog.

So that’s the answer, but it’s not all about this post. You can read to get more useful information.

How Tall Can Marmaduke Be?

Whether you love dogs or not one look at George, the real-life Marmaduke, and your heart will melt. But I have to say this; the height of this dog is something else. He is tall, reckless, and messy. But despite all these characteristics, you will still fall in love with the Marmaduke.

Well, Marmaduke isn’t as tall as the tallest dog in the world. But being a Dane, it has got the abilities to grow even bigger. The dog measures 40 inches and above at his withers. It also weighs a whopping 160 pounds.

Did Marmaduke Play A Role In Real Life?

Well, yes! I know people are more aware of the Marmaduke cartoon strip Brad Anderson created. Anyway, it’s not their fault because it was a popular cartoon across the globe. As a result of this cartoon “Marmaduke,” Anderson won the noble Reuben Award for Newspaper Panel Comic. It was an award given by the National Cartoonist Society in 1978.

But the comic strip is not the only place the name “Marmaduke” was popular. There is a film of Marmaduke and the Winslow family.

So George AKA “Marmaduke” was the biggest star of the movie. He was the protagonist of Marmaduke, a family comedy film that lasted for an hour thirty-nine minutes (1hr: 39mins).

This movie was based entirely on the comic strip belonging to Brad Anderson. And it is centered on the adventures of a massive dog voiced by the famous Own Wilson. How he plays, surfs, and finally lands into trouble, that’s what the film was centered on.

How Was George “Marmaduke” Able To Behave So Well In The Movie?

Now here is an opportunity to answer the first question before we proceed. A real dog and nothing else acted in the movie “Marmaduke.” I know a lot of people are in doubt, giving how the dog acted throughout the film. Well, here is something you need to know.

At the time of this movie, George was only 3 years old. I know many people would think that he was a pain in the butt. But according to his trainer, Tasha Zamsky, George was everything a perfect gentleman represents in reality.

Speaking of how George “Marmaduke” performed in training, Tasha was bold to comment that the dog learned his role quicker than expected. They started the practice from scratch, and it wasn’t long before the dog blended well. But her effort wasn’t without a couple of rewards here and there.

Tasha, Marmaduke’s trainer, commented on how she used meat bribes to get George to become friends with everyone present on set. And of course, he was loved by everyone and never failed to greet each member of the crew before filming kicked off.

Many things impressed the trainer and everyone in the crew about George. Besides his abilities to learn quickly, George displayed natural and jaw-dropping surfing abilities while on set. Marmaduke was everything a star presents. And he played the role so well.

Getting A Marmaduke “Great Dane” For Your Family: Things You Should Have In Mind

Have you watched the comedy movie “Marmaduke?” The film portrayed the Great Dane as a lovable dog. But really, the dog is everything you want in a pup. It is also easy for people to fall in love with the Great Dane after watching this movie.

So here is the question I would like to ask. Are you interested in getting a Marmaduke for your family? If yes, then here are a couple of things you need to know.

The Great Dane is peaceful, gentle, and lovable. But keep in mind that these breed of pups are an extra-large and lifelong commitment. The thing is everything about this German breed of the domestic pup is big. So you have to be ready for what’s to come. They are going to consume a large portion of food and take up more space in your apartment.

What about your car? Transporting this big pup is not going to be an easy one. You might be forced to keep the dog at home because of the size. Well, I know most people would take the risk. But it would take up much space in your car. However, if you have a small family, that wouldn’t be a problem. People with a large family might be forced to leave their dogs behind, though, instead of their kids.

Again, where you get your Great Dane also matters. I say this because there are many dog breeders around that are known for perpetrating evil. They breed dogs without proper care or even look at their health concerns. They don’t care if they are passing any health traits.

The problem with Great Danes is that they are prone to specific health issues. These include elbow and hip dysplasia, including gastric torsion, bone cancer, and cardiomyopathy.

What Can You Get The Best Marmaduke For Your Family? 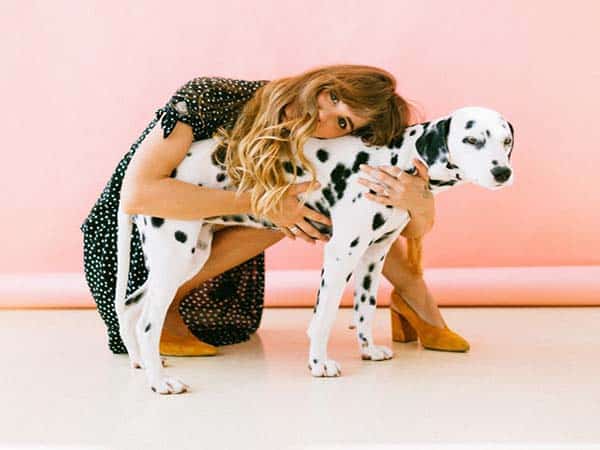 So, if you are hoping to get a healthier Marmaduke, I suggest you adopt him or her from any group involved in Great Dane rescue nearby. The beauty of getting your dog from this sort of group is that they may have spotted possible health issues and done the necessary treatment. They may also have trained the dog to behave well.

Buying from a breeder is a good idea. I am not against it. What I am against is buying from one that isn’t reputable. Your primary focus is to get a dog that is healthy and perhaps, well trained. And that you can only find in the hands of a reputable breeder. So make sure you conduct thorough research about the Great Dane breeder before making a move.

Marmaduke: Is It A Name Of A Dog Breed?

I know the use of Marmaduke all over this post makes it look like I am referring to a unique dog breed. So I will like to clear the air. Marmaduke started as a comic strip featured in a newspaper. The drawing was provided by Brad Anderson and revolved around the Winslow family, together with their special Great Dane.

The cartoon started in 1954 and ended in 2015. So, I wish to state that Marmaduke is not a dog breed. It’s a name mentioned in Brad’s comic strip and was also acted as a film. The dog used for this movie was a Great Dane.

So, when someone says he has a Marmaduke or plans to get one, then that person is referring to the Great Dane. This breed of dog grows so big and is currently the tallest dog breeds in the world, according to the Guinness book of record.

Who wants the gentle giant in their home? Well, if you are scared that this breed of dog (Great Dane) will one day get out of control, you are wrong! Great Danes are not only affectionate but moderately playful. So being somewhat playful makes them an ideal canine breed for busy families. The reason is that they don’t usually require much exercise.

This breed of dog also cares a lot for children. In short, they are good around kids. They also blend well with other dogs, including different species of animals in the home. But you have to raise them together for this bond to be smooth. And keep in mind that some breed of the Great Dane can become too aggressive when they come across dogs they barely know.

So I hope you now know what type of dog is Marmaduke. For reference purpose and better understanding, the Marmaduke is a Great Dane which happens to be a German canine breed. The dog became so popular following the cartoon and movie it appeared in. And people started falling deeply in love with the pet. However, it is not only the cartoon and movies that made this dog breed more popular. The fact that this dog breed has appeared in the Guinness book of record as the tallest dog breed around the world, also contributed. Also, if you are thinking of adding a Marmaduke to your pet collection, I would love for you to read this post. You can make your decision afterward.

Top 3 Sites Like B Stocks To Buy Wholesale Liquidation Stock