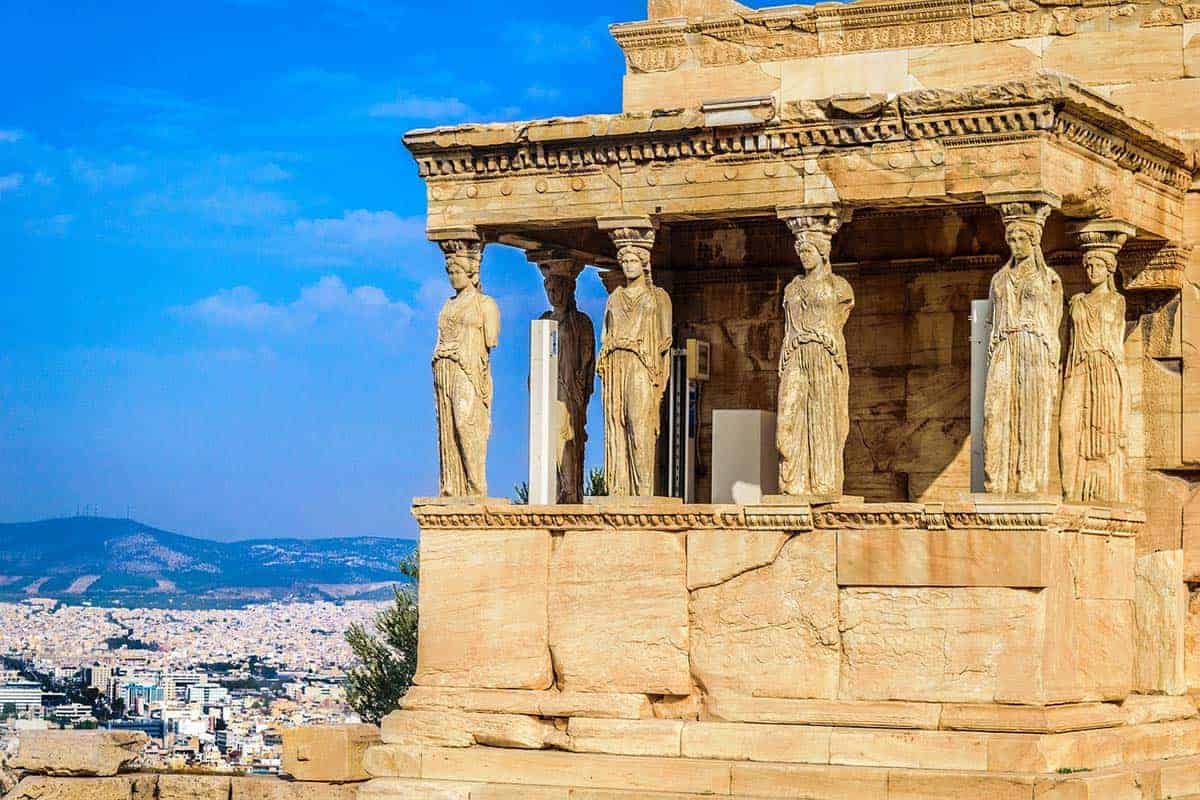 Thousands of years ago – about 2,500, Greece was among the most popular and important cities in the ancient world. The Greeks were powerful warriors, great thinkers, intelligent writers, great athletes, architects, artists, and politicians.

The people of Greece called referred to themselves as Hellenes and their Hellas. They were named “Greeks” later on by the Romans. The Greeks lived in the Greek Islands and Mainland Greece, and they also lived in colonies that were scattered around the Mediterranean Sea. Greeks lived in Italy, Turkey, Sicily, North Africa, and France.

The Greeks sailed to the sea to buy and sell and look for new lands. They took their ideas and knowledge with them and started living similarly to the way we live today.

If you are a lover of history, and you are curious about what the ancient Greeks look like, this post will tell you everything you need to know about them.

While the modern Greeks are taller and bigger than their ancestors, which is the same for humanity in general, the Greeks of today are the same basic types as their ancestors, typically a mix of “Mediterranean” and “alpine” types of Europeans.

Myth has it that the ancient Greeks were blonds and had blue eyes and while some were never the norm.

Evidence from ancient Greek bodies shows the Alpine and Mediterranean types were the most common, as do Greek writings. Also in Greek artwork, they had more dark hair and eyes.

What Did Ancient Greeks Wear?

Ancient Greece clothing consisted of lengths of rectangular wool or linen fabric. The ancient Greeks wore light clothes most of the time because the climate was hot almost throughout the year. The Greek garment typically was made up of two main parts. One part is the tunic (either a chiton or peplos) and another part of a cloak (himation).

The inner tunic Greek women wore was a “peplos” and was made out of wool and has clasps at the shoulders. The peplos’ upper part was folded to the waist and it formed Apoptygma. The chiton was a tunic with lighter weight, often pleated, made out of linen, and worn by both men and women of all ages.

Men usually wore chlamys, a rectangle-shaped, woolen, blanket-sized robe. This robe was a typical Greek military attire. When it was not worn as a robe, the chlamys was wrapped around the arm to serve as a light shield in combat.

Ancient Greeks wore himation during winter. It is a larger cloak that is worn over the chlamys or peplos. Over time, the himation was woven from lighter materials and was worn all year round.

Ancient Greeks mostly walked with their barefoot, so footwear wasn’t used very often. They were barefoot, especially in the house. However, in special cases case, the ancient Greeks wore leather boots or leather sandals. Most ancient Greeks could go their whole lives without footwear.

During summer, to protect themselves from the heat, ancient Greek men wore a type of wide-brimmed hat called petasos. The hat was mostly used for traveling. The Greek women also wore hats that had high-peaked crowns.

At that time, wool was very expensive because it was imported from India. This made clothing also very expensive. The wealthy ancient Greeks could afford to buy their clothing, while the poor ones made their own. Clothing was made in Greece by women and slaves.

What Types Of Food Did Ancient Greek Eat?

The food ancient Greeks ate is similar to the types of food we eat today. These foods, however, did not include a lot of the items that are very important parts of Modern Greek cuisine. For example, peppers, bananas, tomatoes, and potatoes didn’t arrive in Greece until after the Americas was discovered in the 15th century, because those foods originated from there.

The ancient Greek grew figs, olives, grapes, and wheat and reared goats for milk and cheese. The ancient people of Greece ate lots of beans, bread, and olives.

During summer, there were lots of fresh fruits and vegetables and in the winter, they had lots of dried food and fruits stored like lentils and apples. Since most of them lived very close to the sea, they also had fish, shellfish, and squid in abundance.

The ancient Greeks loved wine and they made their wine from the grapes they grew.

Even though each ancient Greek city had its unique features and buildings, the cities had several things in common. New cities were built on a grid system in the later ancient Greek periods. Houses and streets were aligned in a way that they could take advantage of the sun, winds, and the local scenery.

Many ancient Greek cities were stood near the coastline of the Mediterranean Sea.

Agora was the center of activity in every ancient Greek city. It was a large, open space that they used as their marketplace and meeting point. The Agora had long, open-air buildings they referred to as Stoas, and the buildings had shops at the back. The Greeks would meet at the Agora to talk about politics, buy and sell goods, and hear speeches.

Big Greek cities often had a high point or a hill in the town that they referred to as Acropolis. The acropolis was their last area of defense in cases of war.

There were often temples built to their gods. The temples were located around the Agora and the Acropolis. Most Greek cities had a single god they referred to as a patron god and the city was dedicated to the god. The cities would have a special large area and temple dedicated to their patron god. Their patron gods include Ares and Artimis for Sparta, Athena for Athens, Poseidon for Corinth, and Zeus for Olympia.

A lot of Greek cities had a big open-air theater where they watched plays during festivals. Some of the theaters were spacious enough to hold more than 10,000 people.

The ancient Greeks enjoyed sporting contests and events. They built very large stadiums, which they called Stadion and they had gymnasiums. They also had hippodrome, which was a stadium built to hold chariot races.

Some areas of the ancient Greek city were designed for housing. In some towns of the Greek city, housing was planned in a way that the craftsmen lived in one area, the soldiers in another, and the farmers occupied another area. Ancient Greek homes were plain and closed off on the outside, open on the inside, and also centered around a courtyard.

A tall stone surrounded the cities as a means of providing defense against invaders. Sometimes, the walls reached the seaport so as to allow new supplies into the city during a siege.

Greeks didn’t bury the dead inside their town. A cemetery was built somewhere down the road on the outside of the town. Some reek towns also had a special sanctuary that they built nearby. They dedicated the sanctuary to a god where sick people could go for healing and people will go to hear prophecies about what the future holds for them.

What did the ancient Greeks do for fun?

Just like other cultures, the ancient Greeks loved a lot of activities and enjoyed it in their leisure time, some of which is still done today.

The ancient Greeks enjoyed listen to music, attending theatrical productions were they watched drama, and they also like creating and viewing artworks and performances. The ancient Greeks loved every type of art. They are famous for their poetry.

Women in ancient Greece were restrained from going to the theater. They didn’t engage in activities that were too physical, so they were only allowed to play games such as dice and checkers.

Most of the ancient Greek women’s lives were spent home, so the entertainment activities they engaged in were limited.

Should I Sell My Car To CarMax?

Whale Shark Vs Blue Whale: What Are The Differences?

Diet And Nutrition For Constipated Dogs

5 Situations Where Separation Is Better Than Divorce

How To Find A Job As A Training Manager